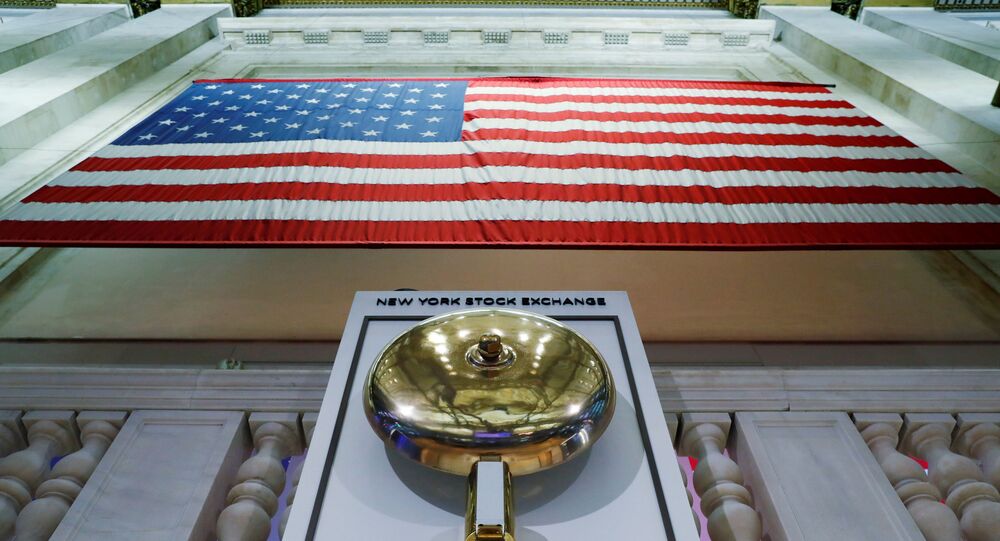 US Gunning for Trouble

The spectre of the coronavirus pandemic in the US has darkened decidedly, with President Trump warning of a harrowing next few weeks from a surging disease death toll. Into the malevolent mix are reports of American citizens buying up firearms as if there is no tomorrow.

In recent weeks, gun sales have hit record highs amid public fears of a breakdown in law and order. Most of the sales were among first-time buyers, according to reports. During March, before the government-ordered shutdown of businesses due to the coronavirus epidemic, mandatory FBI background checks showed a huge spike suggesting gun sales had gone through the roof.

Some 3.7 million checks were carried out in that month alone, corresponding to individuals purchasing firearms.

Every year, official figures show some 11,000 Americans are killed in homicides with firearms. Nearly double that figure die in suicides involving guns, putting the annual death toll from gun violence at well over 30,000. The US death toll from the COVID-19 disease is heading towards 10,000 as the number of fatalities escalates. Official estimates are warning of COVID-19 mortality in the US reaching as high as 200,000.

But what could add to the deadly impact of the pandemic is the prevalence of guns and the growing fear of social chaos. This is what Trump may have been hinting at when he said last month that the longer the economic shutdown goes on the more casualties will result. In recent days, the president has voiced concern that the US economy cannot go on indefinitely "paying people not to work".

Trump doesn't want the economy to tank because with that so will his reelection hopes flounder. More than that, however, Trump and the corporate class know that the capitalist economy is like a bicycle. Once it stops moving it will fall over. So, the imperative is to get businesses re-opened and workers back on the job.

What if millions of workers don't want to go back to the front line knowing that their lives may be at risk from a pandemic that has not been contained?

© REUTERS / TOM BRENNER
U.S. President Donald Trump stands in front of a chart tracking coronavirus cases in the United States as he faces the daily coronavirus response briefing at the White House in Washington, U.S., March 31, 2020.

The near-mutinous episode on the USS Theodore Roosevelt aircraft carrier speaks of a simmering mood against the authorities. When the Pentagon bosses sacked Captain Brett Crozier for sounding the alarm about infections among his 4,000 crew, the crew cheered their commander as a hero for putting their health and safety above orders from the admirals.

Elsewhere, the critical shortage of protective equipment for essential workers such as healthcare personnel shows that the US authorities have not done nearly enough to ensure public safety. If workers are forced back to their jobs by authorities who are seen as callous and uncaring – motivated only by private profit – then that will surely breed further massive resentment and anger.

How will people feed their families if government welfare checks dry up, as Trump has hinted they will dry up owing to fiscal pressure?

Some 10 million Americans have lost their jobs so far due to the COVID-19 pandemic with total job losses possibly soaring to 47 million. Oh yeah, Washington can find trillions for military spending every year, but when it comes to supporting workers and their families during a time of crisis, well then suddenly there must be fiscal prudence. Such twisted priorities tell people that, as far their governing class is concerned, they are expendable.

It's not hard to imagine hungry and desperate people forcing their way into closed shops and stores to raid for food, medicines and other essential supplies if it comes down to a survival situation. The ethics of feeding one's children takes precedence over legal formalities of paying at a checkout – particularly when there is no checkout operating.

Seems too like it's not just the US citizenry who are expecting trouble ahead. The US government has mobilised over 21,000 troops belonging to the National Guard to be deployed across states in the event of social disorder.

The US is not a good place to be right now. A pandemic worsened by government mishandling of the crisis, massive social insecurity among impoverished workers, and enough guns and ammo out there to wage a war. When Trump warns that the worse is yet to come, he may not even realise just how bad that is.