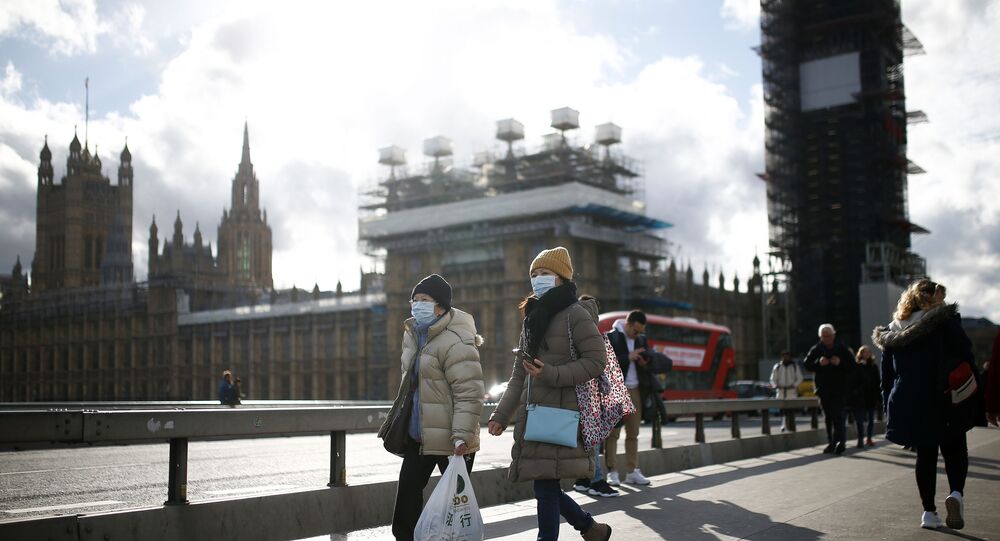 Fight Coronavirus Together – But Demand a Better Society Afterwards

Columnists worry that their opinions and arguments can appear dated by the time it takes for comment to transfer from their own laptops to the forums they write for. A column written one day may be out of date a day later.

That’s in normal times. In periods of crisis like now with the Covid-19 challenge the period of dating is accelerated tenfold. What you write now can be surpassed by events and announcements in a matter of hours not days as the whole coronavirus crisis ratchets up a few more notches each day. My timeless advice to all is to retain and recognise your three essential senses, your sense of proportion, your sense of history and your sense of humour.

About an hour ago I was in the local Morrisons store picking up some messages for my housebound mum. As I entered the store I could sense mild panic in the air. It was much busier than usual for a start. The trolley stations were nearly empty. Staff members looked even more stressed than ever. Like army ants people were hurriedly pushing packed trolleys up and down the busy isles. As I approached the near-empty bread shelf I spotted a trolley that was literally overflowing with bread, toilet rolls, pasta packets and hand sanitisers. I was furious. I had to vent my anger at this sort of reckless panic buying. No one needs so many of those items. It was madness. I gave the guy beside the trolley both barrels. I asked him to stop for a moment and consider others and suggested he show more common sense and less selfishness. He listened politely and actually thanked me for expressing my concerns. I was taken aback. He then asked if I wouldn’t mind stepping back so he could continue re-stocking the shelves…

If that short story didn’t make you smile I suggest you re-charge your sense of humour batteries. It is a fictional tale but with a very real and important message. People have to stop being stupid, selfish and ignorant when they enter the various supermarkets. I was actually shopping for my elderly mum today. That part of the story is true. She is actually housebound and infirm. She can only leave her flat in a wheelchair. She has a number of underlying illnesses and will be eighty-two years old in six weeks so she requires daily care and attention. She uses hand soaps regularly. I couldn’t get her any. She wanted a box of free range extra-large eggs. There were none. Why can’t people understand that many of the goods they are irrationally bulk buying are not in short supply or in any danger of becoming rare?

The milk I bought was made in Scotland. The bread I bought was made in Scotland. The eggs I tried to buy were produced in Scotland. The packet of four toilet rolls I picked from a near-empty shelf was made in England. In fact ninety-five percent of all the toilet rolls sold in the UK are made in the UK. Toilet rolls are not about to become extinct due to the coronavirus. Stop being stupid and selfish. Millions of poorer citizens can’t bulk buy because they lack the disposable income. Millions of others are busy staffing our hospitals and care homes looking after the sick and elderly. They don’t deserve to confront empty shelves at the end of long shifts at work. If people don’t act responsibly then stores should implement measures to restrict the number of repeat items purchased by each customer.

However, unless the Tory government get their fingers out soon panic buying will be the least of our problems. Literally millions of workers face life with panic but not the ability to buy as they are laid off from the retail, leisure and hospitality sectors of the economy. Add in the self-employed, zero- hour’s contract workers, small business owners and you have millions who face serious and urgent economic problems. Living on already low incomes means saving for a rainy day is a pipe-dream. People on and around the breadline simply don’t have resources to dig into when emergencies like job losses strike. The emergency package of £330 billion announced yesterday targeted businesses and properties but missed the most important assets of all – ordinary people.

Tory priorities were exposed for all to see. Mortgage holidays and interest-free loans amounts to chocolate teapot efforts. Over five million workers live in rented properties. Where was the rent holiday for them? Where was the guarantee of no evictions for rent non-payment during this crisis? Where was the utility bills holiday? For small businesses facing ruin in the retail, hospitality and leisure sectors the prospects of borrowing money that adds to their already stressful debt burdens is hardly an exciting prospect. For the millions actually being laid off right now there is nothing.

No Repeat of Banking Crash Mistakes

Yet again, just like the 2008 banking crisis, the wealthy and propertied classes are being assured and cared for but the millions with little are being ignored and cast to the four winds.

In 2008 after a financial crash caused by greedy, selfish and unscrupulous bankers, stockbrokers and hedge fund managers the then Labour government of Gordon Brown and Alistair Darling opened the state coffers and magic money trees sprouted everywhere. Initial bailouts reached astronomical sums of over £500 billion in order to protect irresponsible private industries who demanded prior to the crash that the profits be privatised but after the crash that the losses be nationalised. The capitalist system that raged against subsidising the mining, ship building and steel making industries demanded subsidies without limit for the financial sector and within a year or so the obscene bonuses and ridiculous salaries returned with a vengeance.

The eventual cost to the public purse reached over a trillion pounds but that was paid by workers, pensioners and the disabled through harsh and brutal austerity cuts.

The current crisis is a health one, not a financial one but the victims are the same. Ordinary workers should be fully supported and bailed out, not billionaire racketeers like Richard Branson. A Universal Basic Income, a living Citizens Income, is long overdue. It must be introduced immediately to address the crisis facing workers here and now. Such a package assists all workers not just those with employment contracts and established employers. The Government has to be prepared to step in at a time of such crisis and guarantee no worker should lose their job or home as a result of the economic fallout from coronavirus. This is an unprecedented time and it requires unprecedented measures.

A Universal Basic Income Is Long Overdue – Implement It Now

An immediate Universal Basic Income payment of £1,000 per month per person would cost the government in the region of £66 billion according to financial experts but even after a three month period the £200 billion cost would be less than half of the initial banker’s bailout in 2008 and a mere fifth of the eventual financial package dedicated to saving the financial sector from collapse. The mistake in 2008 was to bail out the private bankers instead of jailing them for fraud like Iceland did and building a sustainable and more reliable publicly owned not for profit financial sector instead of the privately-owned insatiable beast which caused the crisis.

In 2020 we must not repeat the mistakes of twelve years ago. I read the other day that greedy money-grabbing private health providers planned to charge the NHS £300 per day per bed for treating coronavirus patients amounting to a daily cost of £2.4 million a day. Rightly Jeremy Corbyn was outraged. Not only should the 8,000 private health beds be requisitioned by the NHS for the public sector at no cost to assist with this health crisis, they should remain in the public sector for good as part of a coordinated plan to remove for ever the profit motive from healthcare.

Johnson has likened the current coronavirus crisis to a war-like effort and constantly compares himself to WWII PM Winston Churchill but he should remember from history that the WWII effort across the UK produced the desire and demand for a publicly owned health service and full employment via publicly owned utilities and transport network after the war. In a crisis like this or a world war, the benefits of public ownership of industry and health come to the fore and appear sane and sensible. Johnson may have been elected to neuter the development of socialist ideas but events have a way of changing narratives and the coronavirus crisis may just put socialist ideas further up the public agenda than ever.

What is absolutely clear is the health care, social care and other public sector workers are at the coal face of this battle and never again should we allow the obscenity of multi-million pound salaries for bankers, stockbrokers and hedge fund managers, who collectively could hardly fight sleep never mind a contagious virus, to ever exist cheek by jowl with poverty pay for the staff who actually do something productive in society.

Politicians say life will never be the same again due to this coronavirus fight. I want to hold them to that. No going back to the unproductive private profit system which spawns massive wealth and comfort for the few but poverty pay and want for the many. Never again should an NHS employee or social care worker be devalued and paid less than a proper living wage. Churchill was the PM during the last Great War effort but he was dumped by the public afterwards. Hopefully, the same fate awaits Johnson.