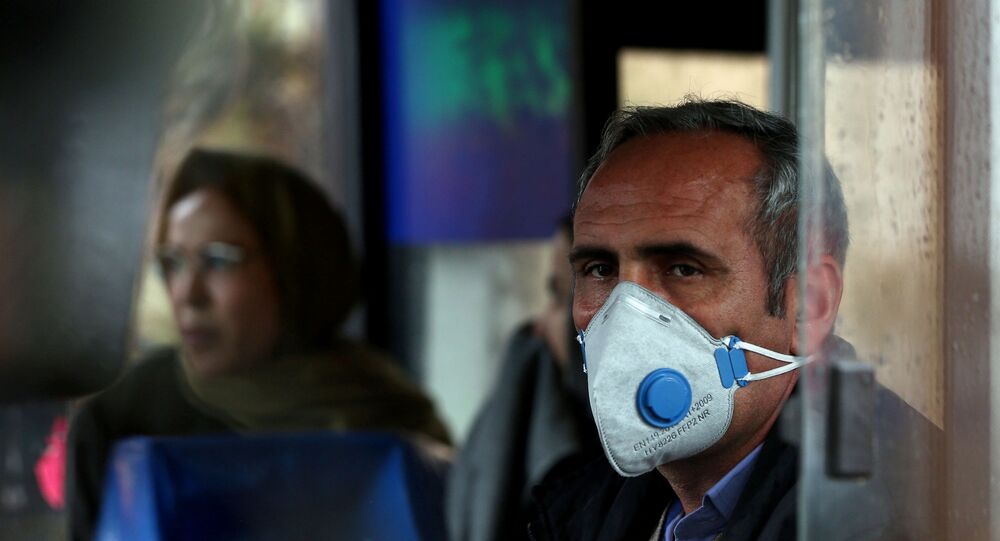 At a time of global crisis as seen with the coronavirus epidemic, it is heartening to witness compassion and solidarity that unites all human beings.

Russia, which has so far been relatively unscathed from the disease, is reportedly sending 50,000 test kits to Iran for detecting the virus. The Islamic Republic has recorded over 300 deaths so far and there are fears of many more fatalities to come over the next few weeks as the flu-like disease spreads to all provinces.

Meanwhile, China – where the outbreak originated in December – is sending thousands of ventilators, respirators and other equipment to Italy, which has become the worst-affected country in Europe by the disease.

In stark contrast to these international humanitarian actions, the United States continues to impose crippling economic sanctions on Iran under its policy of “maximum pressure”.

Iran’s parliamentary speaker Ali Larijani this week called on the rest of the world to demand the lifting of US sanctions because they are hampering the fight against Covid-19 in Iran.

Washington claims that its sanctions on Iran do not specifically target medicines and humanitarian supplies to the country. But that claim is cynical sophistry. Even the US-based Human Rights Watch organization – usually uncritical of American foreign policy – has stated that sanctions are hitting Iran’s public health services.

A ruling by the United Nations’ International Court of Justice in October 2018 also found that US sanctions were unlawful, especially because they prevent Iran from importing vital humanitarian supplies.

Two weeks ago, US Secretary of State Mike Pompeo declared that his country would offer humanitarian assistance to Iran over the coronavirus crisis if Tehran made a request. Pompeo said the US “stands with the people of Iran”.

Iranian President Hassan Rouhani has subsequently rejected Washington’s “offer”, dismissing it as a disingenuous propaganda stunt. He said that if Washington really was concerned for the people of Iran then it would immediately revoke its economic sanctions that are restricting every industrial sector, including banking and shipping.

Any fair-minded person would agree with President Rouhani. What is charitable about throttling a country and then offering superficial respite? It’s tantamount to waterboarding a prisoner and then letting him breathe for a few seconds before continuing the torture.

The Trump administration re-imposed crippling US sanctions on Iran in May 2018 after the Americans decided to dump the international nuclear accord. As the ICJ ruling above makes clear, those sanctions are unlawful. Again, let that fact sink in: US policy towards Iran is unlawful.

The American economic stranglehold has slashed Iran’s global oil exports, plunging the country’s economy into turmoil. Even before the coronavirus epidemic emerged, Iranians have been deprived of life-saving medicines because of failing import-purchasing power and skyrocketing inflation. Untold numbers of patients have died from lack of drugs for cancer treatment and other terminal illnesses – all because of the US blockade on the country.

But from the callous American point of view, this is all going to plan as part of “maximum pressure” to incite regime change. Professed concern for the Iranian people by President Trump and his administration is simply sickening.

Unfortunately, the rest of the world can become inured to the barbarity of economic sanctions inflicted on Iran by the US. The slow, daily death toll of people perishing from chronic lack of medicines can become invisible due to the seeming abstract nature of these deaths.

However, with the coronavirus now gripping Iran it suddenly becomes clear again just how monstrous US policy towards that country is. Whatever American propaganda fantasies might claim about Iran, there is absolutely no justification for kicking sick innocent people when they are down.

Washington calls Iran the “world’s number one terror state”. What does that make the US when it is choking a nation that is trying to fight off a disease that may kill thousands?

At the end of the day, what comes around goes around. There are growing fears that the Covid-19 virus is set to explode in the US, mainly because of years of underfunding of public health services. American governments have for years pandered to the rich elite, while the majority of its citizens have become mired in poverty and deprivation. The US authorities are nowhere near prepared to deal with the impending humanitarian crisis, according to American medics and nurses.

The heartlessness of successive US governments towards Iran – and in particular under the current Trump administration – is heartlessness shown towards all human beings, including ordinary American citizens. And vile US policy will reap what it has sown.