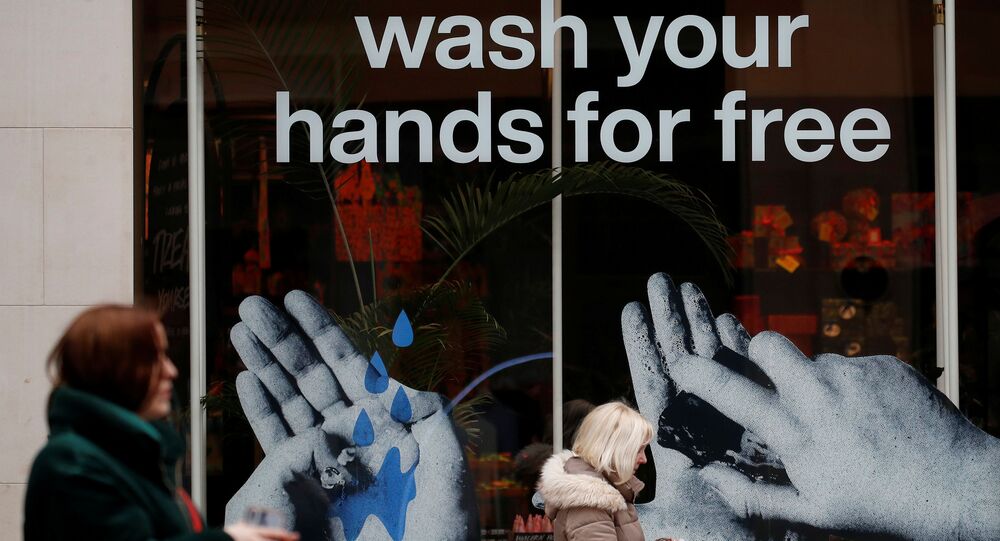 Now is Time to be Selfless, Not Selfish

I am beyond angry that the Cheltenham Festival begins today.

How on earth can this mass gathering of people be able to continue when we have England’s deputy chief medical officer Dr Jenny Harries telling Sky News this morning, that “we will see many thousands of people in the UK become infected with COVID-19 in due course”. Her words surely contradict yesterday’s decision not to cancel the Festival?

And yes, I know Cheltenham is an outdoor event. I have been a fan and gone many times. I have witnessed the crushing in the bars and the state of the toilets after the first race or so. It is like Glastonbury but with tweed. Talking of which that ‘mud fest’ should be postponed too.

Government Must Do its First Duty

Boris has done really well recently with catchphrases which he constantly repeats to great effect, almost hypnotising the public. ‘Taking back control’ was a classic and he won the election with ‘Get Brexit Done’. However, ‘Stay calm and carry on’ is a ridiculous cliché but people seem to be swallowing it because no one wants anything to disrupt their own lives.

That’s why people were so outraged when I suggested closing schools, cancelling football games and postponing Cheltenham in my column last week.

I have lost count of the number of people on social media, in between calling me every obscene name under the sun, who have asked, ‘who will look after my kids if schools are closed?’

Well, hey guys the clue is in your title, ‘parent’, try and do some parenting and take some bloody responsibility for your offspring.

No one in the UK seems to want to be inconvenienced despite the fact that we have had five deaths already and ‘scientific experts’ say we are on the same trajectory for mass infection as Italy. Of course, talking of Italy, they dithered and delayed and look where they are now?

The bottom line is that this is the time to be selfless, not selfish and we do need to pull together but first we need our Government to do its first duty and protect us.

The line that people won’t stick to new rules, like washing their hands, if we start too early is nonsense. Many people are ignoring it already and as exhibit one I would point to the Tenerife holiday makers in masks and matching bikinis.

If I hear another commentator or young person on Twitter suggesting it is only older people who are going to die, so they have nothing to worry about I think I am going to scream. There is already evidence according to Radio Five that young people are not self-isolating as they think they are invincible. I thought that these people were calling for us all to be kinder?

The next big cliché being wheeled out is that the latest victim ‘had underlying medical conditions.’ Really? That sounds suspiciously like the terrorist has ‘mental health issues’ before we even know their name to me!

Boris is also playing a blinder by putting the scientists at the front of his press conferences and repeatedly saying we are following the science. The general public seem to be accepting this without realising that scientists can have different views as evidenced by how different countries are tackling it and how contradictory soundbites are being released almost hourly.

Anyone with cold, flu or fever symptoms is now likely to be asked to stay at home in self-isolation in the next few days according to England’s chief medical officer Professor Whitty this morning. If that is the case why didn’t Boris postpone all major events, as France and Germany have?

These two positions do not square up. This is reckless and almost like playing Russian roulette with the population’s health.

So instead of ‘staying calm and carrying on’ why aren’t we giving that advice now. We should be self-isolating today, not in a couple of weeks when thousands are infected or worse - dead.

I was delighted to see London Mayoral candidate, Rory Stewart demanding that all big gatherings, schools, cinemas and theatres should be closed now.

Rory is bang on the money, when he says, “You should have no regrets about acting quickly, this is the biggest single event of this kind for 100 years since the Spanish flu, of course there are going to be significant economic costs, but better to take those economic costs immediately and keep it short and I think we are being too slow in responding.”

People are accusing me and people like Rory of crashing the economy! Wake up, smell the coffee. That is already happening and will only get worse as the body bags pile up.

Stewart also said he would ban large gatherings if he were mayor now and said: ‘I think the experience round the world is the more aggressive you are the better you do’.

I agree and I can’t help but feel money is the real driver behind all this, it seems like the establishment are more concerned about the health and wealth of the stock markets than the health of its population.

People keep bleating that Boris is following the scientific advice but in truth this is not a scientific decision, it is a political one.

China has got on top of this by locking down and I am not suggesting that we turn into a one-party state but we do need tough direct action.

We will be locking down in a couple of weeks anyway according to Professor Whitty so let’s take the pain now and follow Italy’s lead and close down the UK right away.

People are accusing me of panicking or scaremongering but they have no evidence to support this assertion because undoubtedly, we as a country are heading to a position where mass closures will happen. It is merely a debate about when we should do it and I am saying do it now.

The great irony is that the scientists agree with me on this, it is not a matter of if, it is only a matter of when. This virus is not going to go away so what is the point of playing wait and see?

We should do it today, in fact we should have done it yesterday or even last week.