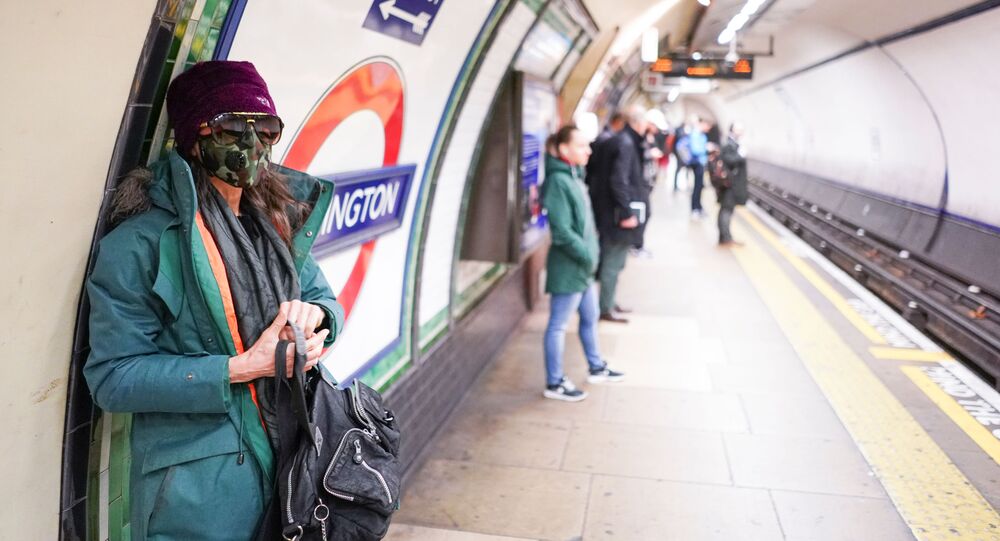 I am No Panic Monger!

It is official: Coronavirus is the new Brexit and is dividing the Nation into those who believe it is deadly, and those who are clearly not worried and want to keep calm and carry on.

It is also being used to stoke up fear once again on both sides of the debate.

The collapse of Flybe is a tragedy for the people and families who work for it but this company was already in its death throes well before the first sneeze. To try and blame it on Coronavirus is nonsense. That said many other airlines and other firms could go into a tailspin if Boris doesn’t pull his finger out and accelerate his reaction to COVID-19

He is listening to the advice of his Chief Medical Officer, Chris Whitty who certainly doesn’t amuse me.

His advice is basically to ‘stay calm and carry on’. But I say, wake up mate, people are panicking and already deciding not to rely on experts like you and politicians like Boris, and are stocking up with supplies.

It May Get Worse Before Getting Any Better

I was in Bath yesterday and in Morrisons, every single shopper had at least 2 packs of toilet roll in their trolley and loads of tins of food.

Clearly there are large numbers of people who like me don’t fully believe or trust the experts.

Now with news of our first COVID-19 death on home soil the Government are trying to hammer home the message that this poor lady had lots of other underlying illnesses.

One thing that is a fact though is that there are now 116 cases of COVID-19 in the UK. This figure has doubled in the last 48 hours.

Admittedly, that is out of 18 thousand Brits who have been tested, including my daughter, but of course there could be thousands carrying it who have not yet been tested.

Parliament TV
'Just touching' Surfaces With Your Hands Won't Give You Coronavirus, UK's Chief Medical Adviser Says
We are being told that this poor lady had been in and out of hospital for months and shown no symptoms of the virus. She had not travelled abroad. However, she was admitted on Monday and dead by Thursday. I am sorry, what does that imply? If those facts do not frighten or concern you, I do not know what would?

The only thing everyone seems to agree on is that this is going to get worse, much worse, before it gets better.

But still Boris is only on stage 2 of his defence policy?

We Need Action, Not Apologies

Matt Hancock was on Question Time last night, which was like a propaganda puff for the Government and he is still refusing to stop flights into the UK. This is despite the fact that Whitty said on Tuesday that it was “highly likely “that the UK would have an epidemic of coronavirus and that it would have a “profound impact on the country.”

Economically that impact is already happening with the stock market being in free fall, and the USA have taken the drastic action of cutting interest rates. We have not got time to wait. We should be locking down the UK today, well in fact we should have done it two weeks ago.

This morning Sir Patrick Vallance, the government's chief scientific adviser, told Sky News that the government are now considering isolation for whole families. He basically admitted that the NHS cannot cope and we will all have to self-isolate at home at some point. In a worst-case scenario, he thinks that 80 percent of us could get the virus.

He confirmed that the Government is now preparing to move to the ‘delay stage’ of their battle plan which is aimed at suppressing the peak of the outbreak…but still the planes fly in?!

But why are they only preparing? Coronavirus is here in the UK and worldwide. However, Sir Patrick is stressing that it is "important these measures aren't taken too early".

"It's difficult, if you go too early you ask people to do things which aren't effective for too long, by which time it becomes difficult to get the right motivation to do it", he said.

"If you do it too late, then obviously you've missed the chance to make the big difference”.

"So, the timing of this is really, really important".

However, what Sir Patrick, Boris, Hancock and Professor Whitty need to understand is that no one is going slag them off for reacting too early but people will be on the streets if they carry on acting so slowly.

Sir Patrick offered his sincere apologies and support to the bereaved lady’s family today but we need action, not apologies and flowers.

People need to be told the whole truth now and as I said a few days ago the UK needs to go into lockdown now not later when the situation is even worse.

Time to Pull out All the Stops

The whole situation is getting farcical. This weekend soccer players will not shake hands before the game but 50 thousand people will crowd into pubs and then the grounds to watch the match? Plus do the Football authorities not realise it is a contact game and players will touch each other on the pitch?

Her Majesty has pulled out the white gloves to shake hands at Investitures but Boris goes on TV and tells Phillip Schofield he is shaking everyone’s hand?

These are just two examples but to use a football analogy or chant it does make you want to sing “You don’t know what you’re doing.”

© AP Photo / Jane Barlow
51 Confirmed Cases of Coronavirus in UK - British Health Minister Hancock
However, one thing the Muppets do know is how to protect themselves as they are seriously considering closing Parliament, for MPs could be super spreaders?!  They certainly know how to spread something, but it is not a virus!

Meanwhile, Matt Hancock on Question Time said that large public events like Cheltenham, and football matches are not a problem! So, China and Italy are wrong, are they?

The boss of WHO, Tedros Adhanom Ghebreyesus, has tweeted, “We're concerned that in some countries the level of political commitment & the actions that demonstrate that commitment don't match the level of the threat we all face. This is NOT a drill NOT the time to give up NOT a time for excuses This is a time for pulling out all the stops.”

He is correct because although the numbers seem to be declining in China they are rising rapidly much nearer home, in Italy. The stark basic figures are that there have now been over 100 thousand cases with 3406 deaths worldwide. Our own Chief Scientific Officer even says that it is "very infectious" and "more dangerous than flu".

The only thing I can congratulate Boris, Hancock and his advisers on is that their relentless propaganda of ‘don’t panic’ has had some effect on the population because I am getting plenty of abuse on social media from people who think I am panic monger.

However, I am sticking to my guns with a clear message to Boris, Stop dithering and close borders, stop flights, close all schools, cancel big events and get a bloody grip, man!