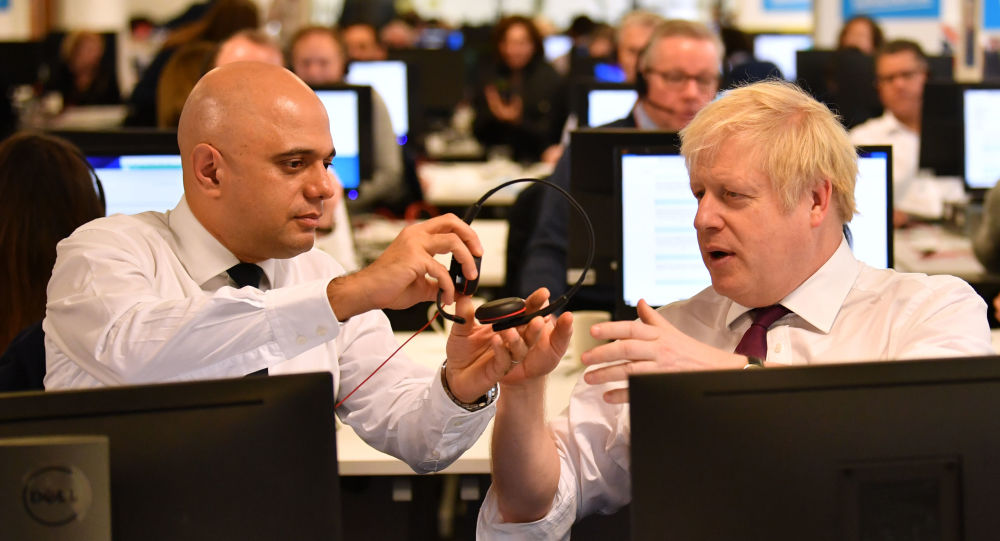 We Voted for Boris NOT Javid

Of course, the sacking of Sajid Javid is a power grab by Boris and Number 10 BUT what is wrong with that?

Whether the Saj or the MSM like it or not, the facts are clear. We voted for Boris to lead the country, not Sajid and we certainly didn’t vote for five more years of bickering and backbiting in the corridors of power.

No one wants to go back to the turmoil of Theresa May’s cabinet which had more leaks than a Max Boyce reunion concert!

People voted for a vision, Boris’ bold optimistic vision, so let’s just get on with it.

I know it looks Presidential and we don’t vote for Presidents in the UK but ever since Tony Blair was elected this is the way that UK politics has been going.

I don’t agree with Boris on everything including Hs2, which ironically, of course, Sajid Javid came out in favour of. However, I am willing to give Boris the benefit of the doubt and let him get on with running the country.

Credit where credits due Boris said he would get us out of the EU and he has done it and is now gearing up for the real hard fight against the Mafia bosses of Brussels and I believe it is a battle he can win.

However, as he leads us over the top you can’t have people in the cabinet, especially the treasury, pulling the other way, and don’t forget Sajid was a remainer.

Boris and the country need a united team and that is why the Attorney General, Geoffrey Cox had to go too.

The EU will try and exploit any crack in Boris’ government and Boris is preparing for this and he’s right to do so.

I doubt whether most normal people could manage to name more than three other leading Tories but Boris is the Rockstar of UK politics and just like Jagger, Bowie or even Bono is known by just one name, Boris.

Politics is increasingly living up to the cliché of being showbusiness for ugly and talentless people and amongst the backdrop of mediocrity that infests the house of muppets, Boris stands out as a star.

This is why he got elected and why normal people don’t give a flying toss that he went to Eton or Oxford and was born not just with a silver spoon in his mouth but a whole canteen of cutlery.

He cuts through, he can talk the talk, and we now must give him the chance to walk the walk and lead us to this bright new future.

I know the new James Bond film is about to be released but I also don’t buy the idea of Dominic Cummings being some kind of puppet master behind Boris pulling all his strings.

Boris is not just some posh bluffer who can quote Latin and get stuck on a zip wire. He is the master illusionist. He knows exactly what he is doing when he bluffs his way through a speech, hides in a fridge or refuses to go on stitch up interviews on TV and radio programmes. It might infuriate the TV political luvvies with their sense of entitlement but the great British public support Boris and know that the MSM are fake news and are just trying to stitch him up. It also didn’t affect him getting an eighty-seat majority, did it?

Cummings clearly also has the Midas touch when it comes to understanding people outside of the bubble.  This is why he is hated so much by the MSM who are literally and metaphorically sleeping with the ‘enemy’ and make no mistake about it the last Parliament of Theresa May and the three-year delay to deliver Brexit were the enemy, the enemy of the people. The BBC, Sly News and most of the newspapers never wanted Brexit and along with their chums in the Commons and the Lords did everything they could to thwart it.

Then they tried to stop Boris winning the election and their bias was off the scale.

However, both times we, the people, gave them a bloody nose but still they don't get it. I am fed up of saying this but they’re still putting the same commentators, on the same sofas in the same studios spouting the same bullsh*t about what is happening.

To achieve real change Government, the cabinet, in particular, needs discipline. Cumming’s hates the civil service and the Westminster bubble and he is not alone in this as most normal people are fed up to the back teeth with this out of touch elite.

It's the Economy, Stupid

The MSM with their cartoons today and their biased commentary are desperate for a new narrative and they have decided to turn Cummings into a Steve Bannon type figure. It is pathetic, utterly pathetic.

I am sorry to tell the MSM mob and the Twitterati but for real change to happen then power does need to be centred in Number 10.

Of course, the Javid resignation was a setup by Boris and Cummings and it was brutal. They made him an offer he had to refuse!

However, let’s not worry too much about his future as he just needs to get on the speaking circuit as Theresa May has done and start trousering the best part of 90 grand for a speech. Failure is clearly the new success!

The MSM are also trying to make Javid’s replacement, Rishi Sunak the fall guy and suggesting that because he is the richest MP in Westminster and a public schoolboy he won’t understand or be accepted by the working class. Absolute nonsense.  If he and Boris get the economy booming then he will be adored because as the cliché goes, ‘it’s the economy stupid!’

It’s about attitude, not where you’re educated or what class you were born into, google Winston Churchill, you muppets.

Plus of course Sunak was a leaver unlike Javid so he will be a real asset in the upcoming EU negotiations.

The idea that Cummings is some evil Svengali is the new way they are trying to undermine the will of the people.

Some silly young Sky girl was screaming at Dominic Cummings this morning about whether he was now in charge of the Treasury and number 10 as well.  As Dominic ignored her taunts and got into his taxi, she wailed, ‘is this a takeover, is this a takeover!?’

No love, this is a PM who is taking charge and is serious about bringing about real change in Westminster and the UK as a whole.

Suck it up, baby!