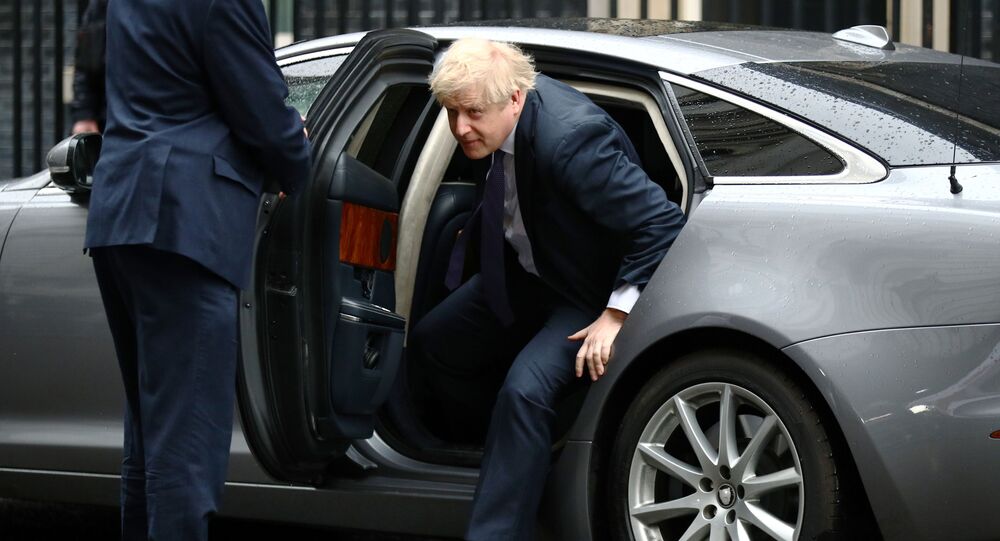 Thatcher Had Her ‘Vegetables’ – Johnson Has His ‘Poodles’

To understand the crux of Thursday’s much vaunted Cabinet re-shuffle by Boris the Dictator it is necessary to recall one of the finest satirical sketches in political caricature history.

In the mid-1980’s, with the brutal Mrs Thatcher at the height of her prowess as the Iron Lady who had conquered General Galtieri of Argentina, and the National Union of Mineworkers during a twelve month long struggle that was accurately described as ‘a civil war without the bullets’, the Spitting Image team had the Thatcher Puppet at the head of a dinner table surrounded by her cabinet colleagues. The script went like this:

Waitress Puppet to Mrs Thatcher: “Do you like to order sir”?

Thatcher Puppet: “Yes. I will have the steak”

Waitress Puppet: “What about the vegetables”?

Thatcher Puppet: “Oh… They’ll have the steak as well.”

It’s only a ten second sketch but it brilliantly summed up Thatcher’s tyrannical grip on power and her determination to surround herself with weaker ‘nodding dogs’, mere ‘vegetables’, who would do as they were told or face the sack.

Over three decades later and Boris Johnson is now Puppet Thatcher seeking a cabinet of obedient imbeciles, political vegetables who dare not risk the wrath of Emperor Johnson or his Darth Vader henchman, the weirdo Dominic Cummings.

Johnson is the political son of Donald Trump. Like father like son. Johnson is also a proven liar with ugly and well recorded racist, homophobic and sexist views. But alongside those reactionary characteristics he shares with daddy Donald across the Atlantic, he also has an ego the size of the British national debt, huge and growing. Bawdry Boris is determined to be the only show in town. He has flexed his muscles today to re-shape his Cabinet in a way which suits his ‘my way or the highway’ approach to being Prime Minister.

In US Presidential politics such an approach is normal but in the British context of Cabinet government and collective responsibility it jars with tradition and inevitably leads to internal resentment and loathing.

No Sympathy for Tories Sacked

As I watched the condemned men and women enter and leave No 10 Downing Street after being stripped of their portfolios I felt nothing but contempt. Esther McVey is a talentless liar and fraud who shouldn’t be in Parliament, let alone the Cabinet so how could you feel any sympathy for her dismissal as Housing Minister. It is scientifically impossible for anyone to fail to be an improvement on a woman who has gleefully cheer led every cold, cruel and callous welfare cut by the Tories and who managed to bare face lie to Parliament about the progress and character of the disastrous Universal Credit system.

Geoffrey Cox is a brash and arrogant MP and QC with an ego comparable to Boris so it is no surprise to see him sacked from his post as attorney general. Andrea Leadsom is another with an over-inflated sense of her own importance who loved to talk a lot while saying precisely nothing. The Business Secretary will be missed by few. Theresa Villiers has been in Parliament for fifteen years and you would struggle to find a single achievement of note, except for her rather infamous quip as she left the post of Northern Ireland Minister under the Cameron administration, stating that Northern Irish politics was more stable than ever - less than 12 months before Stormont and the Power Sharing Agreement collapsed. Will the Department of Environment and Rural Affairs notice her departure? Nusrat Ghani is not a household name but she deserved to be sacked for allowing the green light for HS2. She may have the last laugh however. Her Transport Minister portfolio has been taken from her but with HS2 and other huge train, plane and road problems ahead it will prove a poisoned chalice.

How do you know Boris is lying? – He Moves His Lips

Boris the Brutal certainly lived up to his reputation in relation to Julian Smith, the now former Northern Ireland Minister. After three years of stalemate Smith was despatched to get the Stormont Parliament and parties round a table and meeting formally again. Against the odds he succeeded and only weeks ago Johnson said he had done a “great job” and that he had a “bright future”. If Johnson tells you it’s raining outside you better check for yourself before lifting your brolly because he is a lying son of a gun. And so Julian Smith found out. A “bright future” a couple of weeks ago but sacked today. That’s integrity Boris Johnson style.

Then there is the tale of Sajid Javid. I detest Tories to the core, especially elected ones, but I have to confess a grudging morsel of respect for Javid. On a political plane he is as heartless and cruel as all his rich chums within the Tory party but on a human level he showed some balls to defy Johnson’s conditions for keeping the high profile and important Chancellor of the Exchequer post.

He was told that the job was only his if he agreed to sack all his personal advisors and allow No 10 enforcer, Darth Vader Cummings, to pick new ones for him. These new advisers would, of course, be answerable to and under the control of Cummings, not Javid. To his credit Javid told Boris to ‘piss off’, or words to that effect. Johnson summarily sacked him and replaced him with a guy who struggles to be recognised in his own household let alone the UK public, Rishi Sunak. As I watched this political colossus stride out of No 10 after landing the second most important job in government I couldn’t help wondering if he would now purchase a suit that actually fitted him.

Sajid Javid was Boris’s top man only a couple of months ago. He said on the 18th of November 2019:

“I’m going to give you a categorical assurance: I will keep Sajid Javid as Chancellor.”

But only 87 days later that same Chancellor was compelled to issue a stinging and scorching rebuke to Johnson’s ‘sack your advisers’ ultimatum:

‘I’m goiing to give you an absolutely categorical assurance: I will keep Sajid Javid as Chancellor’
-Boris Johnson 18.11.19

The new Johnson cabinet is filled with obedient poodles, no-marks and jobsworths. Six newbies not worth mentioning as no one would recognise them anyway. All, I’m sure, legends in their own bathroom mirrors but selected on the strict basis that they will do as they are told and not take any shine away from their Dark Master, Brutal Boris, for fear of incurring the wrath of Dominic Darth Vader Cummings.

Thatcher selected her own ‘vegetables’ for her Cabinet and so too has Johnson. He would be advised to remember, however, that some of those Thatcher sacked to make way for her ‘vegetables’ went on to ferment resistance and revolt from the backbenches which ultimately forced her from office with a tear in her eye. Tears were shed all across the UK that fateful night. Tears of joy! The poll tax broke Thatcher but her party foes buried her. Let’s hope a similar fate awaits Johnson but on a shorter timescale.