Outside of the Arctic Circle, Where Has the Winter Weather Gone?

Although there’s been snow in Russia and Bulgaria this week, January was an exceptionally warm month in Europe, raising fresh concerns about global warming.

I’ve recently been travelling in Swedish Lapland and enjoyed some great winter weather. Four days of more or less non-stop snow and temperatures around -10/-15 degrees Celsius, which felt even colder with the wind chill factor. Put it this way, I’m glad I packed my thermal underwear.

But outside of the Arctic Circle and northern Sweden, winter virtually did a no-show in January, traditionally the coldest month of the year. 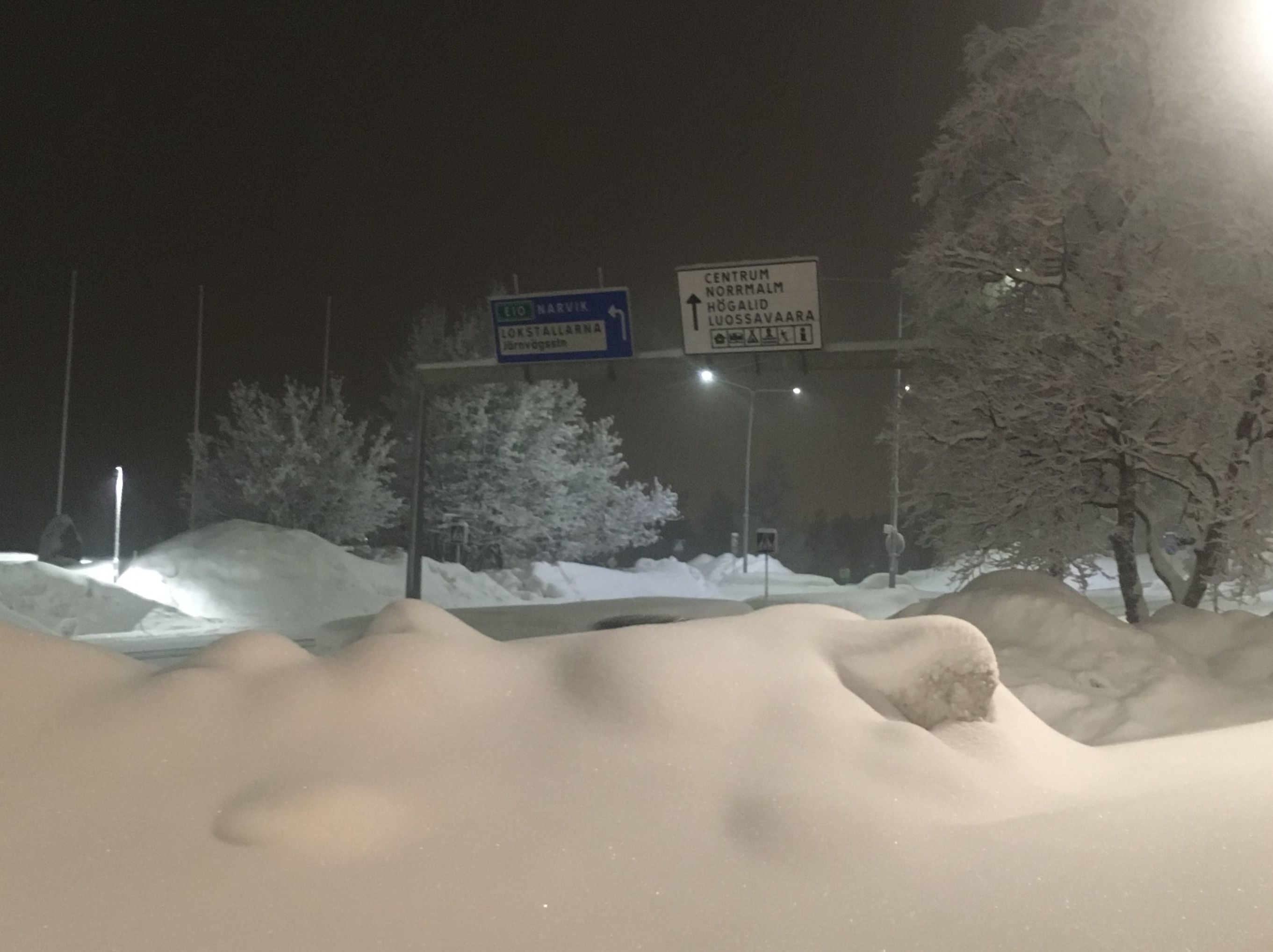 © Photo : N. Clark
There’s been plenty of snow in Northern Sweden, but elsewhere it’s been a different story

In Britain, apart from a very small number of frosty mornings, there’s been no real winter to speak of.

Double-digit temperatures have been common as has been the case across the continent. The thermometer recently hit a balmy 12 degrees Celsius in the Austrian mountain town of Tirol and in Bansko, Bulgaria, a popular ski-ing resort.

January was practically a month without snow in those great winter cities of Moscow, St Petersburg, Stockholm, Helsinki and Copenhagen.

© Photo : N. Clark
The author in the beautiful Gamla Stan, Stockholm this week, but where’s the snow?

‘So what? - it’s just one month’ I hear you say. These things happen. But consider that Helsinki, the capital of Finland, has had some snow every January since records began in 1845.

When you get a temperature of 19C recorded in Norway in January and in Moscow and St. Petersburg temperatures are nearly 10 degrees higher than the monthly average, following Moscow’s warmest ever 25 December, you know things can’t be right.

'The month was a staggering 5.6 degrees above the 1981 to 2010 baseline of “average” January temperatures across the European continent as a whole, with much of northeastern Europe surpassing benchmark values by nearly 11 degrees.' https://t.co/TZd5cWbyFQ

​The lack of genuine winter weather over much of the continent may be good in helping to reduce energy bills, but there’s a major downside, too.

We need proper winters to better appreciate the coming of spring. We need the four distinct seasons: it‘s part of the natural cycle of renewal. Cold winter weather has a cleansing effect, it’s much better (provided we dress up sensibly), for our physical and mental health than a mild, wet weather, during which germs spread more easily. It’s not winter weather itself which depresses people, it‘s winter weather without the magic of snow and ice and the ‘kick‘ you get from cold temperatures. As I wrote here, freezing winters warm the human heart, in a way that 12C ‘winters’ don’t.

Think, too, of the mammals who hibernate and how confused they must be at the moment.

It is irrefutable that European winters are warmer - and more snow-free - than they used to be. My wife is from Hungary and remembers being taken by sledge to and from school in the winter. Hungary, like other central and eastern European countries, experienced regular heavy snowfalls in the 1980s. I lived in Budapest from the mid-to-late 90s and loved the winters there. But once again it’s been exceptionally mild this time round.

Belgrade, the capital of the former Yugoslavia, is another European city which used to enjoy plenty of the white stuff. Remember those pictures of anti-government protesters in the 1990s? They always seemed to be marching through snow, didn’t they?

The background to the Balkan Wars was snowy, but the forecast temperature for Belgrade next Tuesday, 11 February, is 15 degrees, and 14 degrees for Sarajevo. If you turn up for a short break in either destination with a thick fur coat and snow boots you’ll be sweltering- as indeed you will be in Salzburg in Austria, where 14 degrees is also predicted. Yes, the snow has returned this week to Moscow, but in plenty of other places where you would expect it in early February, it’s still missing.

The non-winter in much of Europe is surely a major news story, yet apart from one piece in the Washington Post, it hasn't had much coverage.

Perhaps it’s because the whole issue of global warming/climate change has become - like so much else - part of a Culture War. Positions are entrenched. Binary thinking predominates. To acknowledge that the high temperatures - coming as they do after another very warm year (the second hottest on record), do signify that climate change is real means for some people ‘siding with Greta’, which they don’t want to do because they dislike what they see as the ‘preachiness’ of the green movement. Rejecting the whole idea of global warming as some kind of ‘liberal-left nonsense’ has become a ‘hip’ ‘alt-right’ position.

Could this be a natural ‘warming cycle’ which could later be replaced by a ‘cooling cycle’? Or is it all man-made and directly linked to greenhouse gas emissions? Alle reden vom Wetter. Wir nicht (Everyone talks about the weather. We don’t') was a famous Deutsche Bahn poster in West Germany in the 1960s; the slogan was later used by Ulrike Meinhof of the radical-leftist Bader-Meinhof gang. Here’s the irony: we all need to be talking about the weather right now. It’s not just about ‘breaking the ice’,  it’s asking ‘where is the ice’?

And what, if anything, we can do about it.