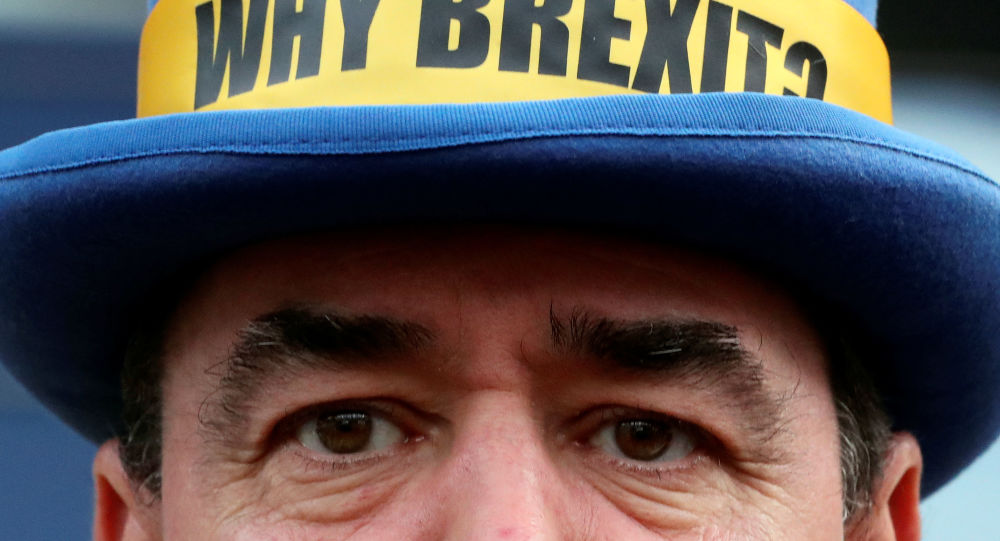 I love the way Remainers like Lord Adonis, Hugh Grant and even Terry Christian feel that, even after losing, they can still lecture us on how to celebrate this week as we finally get our country back.

They have negative out of touch views on Big Ben bonging, this Friday’s Party and even the new 50 pence coin. They all need to give losers' consent, dry their tears and shut the hell up.

Lord Adonis says he will never use the commemorative 50 pence coin. Well, putting aside the fact that this pompous pillock has probably never used one in his life, his whole stance is ridiculous, isn’t it?

The coin is commemorative. A bit like when we introduced decimalisation, my mum bought my brothers and I a set of the new coins in a plastic wallet which I still have somewhere.

Commemorative coins are always made when we have major events to mark in our country’s history. And make no mistake, this Friday at 11 is a major occasion for this great country.

Four Muppets and a party

Also make no mistake this is a great country despite what that other whinging remainer luvvie, Hugh Grant has been saying this week.

Hugh has been mouthing off whilst promoting his latest film that will add to his millions in the bank, about how the election was a ‘catastrophe’ and that the UK is ‘finished.’

Of course, Hugh is an election mastermind, after campaigning for both the Lib Dems and Labour in December?! Both of which were comprehensively rejected by the British public.

Gormless Grant still hasn’t recovered form the election result where he pompously declared during that campaign, 'I don’t want to sound dramatic – even though you could argue that is my job – but I really think we are facing a national emergency.'

Interesting to note that Hugh mentions his job, which is to be dramatic and funny and to be honest, he is a pretty good actor….at playing the same part in every film. But he and his fellow 'Thesps' should stick to pretending they are someone else and stop interfering and slagging off ordinary Brits when we use our democratic vote.

Steve Coogan is another multi-millionaire luvvie who prefers to preach these days rather than make us laugh. Although his comment that all Brexiteers were 'ill-informed and ignorant' still makes me giggle as 17.4 million of us had the last laugh on him, didn’t we?

However, for mind blowing arrogance and offensiveness John Hannah has stolen the luvvie political Oscar from his Four Weddings co-star Hugh by attacking Boris Johnson on Twitter in such an ‘elegant’ way:  ‘Fu*k you, you slimy fat self-serving arrogant a** hole. History will know you for what you are - mini trump. (not even in caps).’ The asterisks are mine by the way but as you can see it clearly isn’t Shakespearian!

This morning ‘rent a gob’, Terry Christian, (remember him?) has joined the attack.

He has been on TV defending his tweet which stated, ‘Brexiteers deserve all the job losses and hardship heading their and their family’s way. All those tough Christmases ahead for their kids. All their ‘short term’ pain. But I will get behind it in future. by buying a Big Issue off the pitiable saps.’

Ooh, crush a grape, tear a tissue, the Luvvies are in revolt!

Of course, just like the rest of us, these people have a right to their opinion but now that the British public have effectively voted twice to leave both in the referendum and the election, they should accept the result and move on and help make Britain great again, shouldn’t they?

No chance! Because these four Muppets are just the tip of a massive arrogant political iceberg of losers who believe that they know best and that we have all made a mistake.

These people, which infest the BBC and other mainstream broadcasters, believe that they are the progressives and that we are the thick plebs, gammon, little Englanders or even racists.

Nothing would delight the Brussels Broadcasting Corporation more than if a few idiots got drunk on Friday and scuffles broke out in the crowd at Nigel’s party.

I can hear the Sly News Helicopter’s engines starting up already!

They have already mocked and stopped the idea of Big Ben bonging on the pretext of cost. Although I note that when the public started to raise the cash they came up with another excuse about arcane rules of not being able to accept cash from the public. It didn’t seem to bother MP’s when they were all treasuring thousands in expenses though, did it?

Right side of History

These are the same people who are mocking Nigel Farage’s party on Friday and saying that the winners shouldn’t be gloating and that it will increase the divide in the country. That’s right, they are humming the same tune that we, the largely working-class voters who voted leave are the problem and not them.

The political pundits who got the referendum and the General election results completely wrong are preaching again to an audience who they clearly do not understand or even want to understand.

Nothing has changed in their outlook since they were humiliated on both occasions. The same pundits from the same newspapers are still sitting on the same sofas in the same TV studios telling us what we think or what we should think.

They never look to themselves and think perhaps that they are in the wrong and we are in the right.

Any division in this country has been created by the losing side, the Establishment refusing to accept a democratic decision twice. They are the ones who are creating further division.

As I keep saying, when did it become wrong to be on the right?