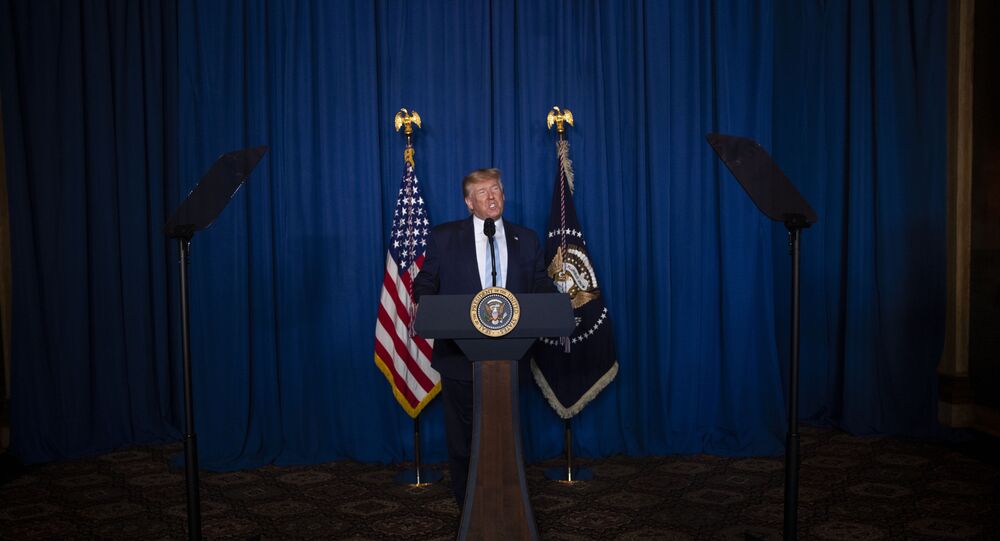 Any hopes that 2020 would be a better year for the world were soon dashed by President Trump’s brutal drone attack on General Soleimani and his associates at Baghdad Airport in the early hours of 3rd January.

How did you spend New Year’s Eve? My wife and I celebrated at a party. We all counted in the chimes of Big Ben to midnight and then sang Rabbie Burns‘ ‘Auld Lang Syne’ as a piper played in 2020.

Then everyone wished everyone else a very Happy New Year, before the dancing resumed. The atmosphere was tremendous. 2020 could not have started in a better way. Then along came Donald Trump. But he wasn’t carrying a cup o’kindness. Far from it. He was carrying a drone.

The President’s deadly salvo on 2nd January was not just a murderous, blatantly illegal war crime directed against Qasem Soleimani and those with him. It was a crime against the New Year, and what a New Year represents.

First and foremost, it’s a chance to wipe the slate clean. To bury the hatchet, to improve those areas of our lives which need improvement. That’s why we make New Years resolutions.

If you‘re out and about on New Year‘s Eve there‘s an atmosphere around that night like no other.

People come together. The bonhomie is infectious. Of course, not everyone likes New Year. Misanthropes hate it, like they hate Christmas, for the same reasons. Donald Trump must now be added to their number. He could have chosen to begin 2020 by announcing a pardon for the brave whistleblower Chelsea Manning. He could have begun the year by saying that the US would not seek the extradition of Julian Assange, and that on the issue of the wikileaks founder he was going to let bygones be bygones.

Imagine the international respect Trump would have got if he had done either of those things. He could also have announced that he was going to do far, far more to help fight climate change, following the catastrophic bush fires in Australia which have killed at least 24 people and an estimated half a billion animals. But Trump did nothing like that. What he did do was order the assassination of the leading general of a foreign country, knowing full well that it would greatly inflame tensions and risk the outbreak of World War Three.

What kind of person would wish to start a New Year in this way? Only someone who is no great lover of humanity. Wasn’t it terrible that just three days into the new year, the hash tag #WW3 was trending? Trump’s team claim that Soleimani was planning ‘imminent attacks’ on US targets but conveniently provide no proof. There was absolutely no reason to start the year with his murder, especially if it was indeed true that he was in Baghdad on a peace mission.

Whatever the nature of the dispute, escalating conflicts over a holiday period is always wrong.

What makes Trump’s actions even more reprehensible is that it wasn’t just a New Year we were celebrating last week, but the start of a new decade. The Roaring Twenties. It’s hard to think that there’s ever been a decade which has had such a worrying start thanks to Trump. He didn’t even allow a full 50 hours to pass before he blew up not just General Soleimani and nine others, but the hopes we had on 1st January for a better world. The neocons it seems just don’t want that.