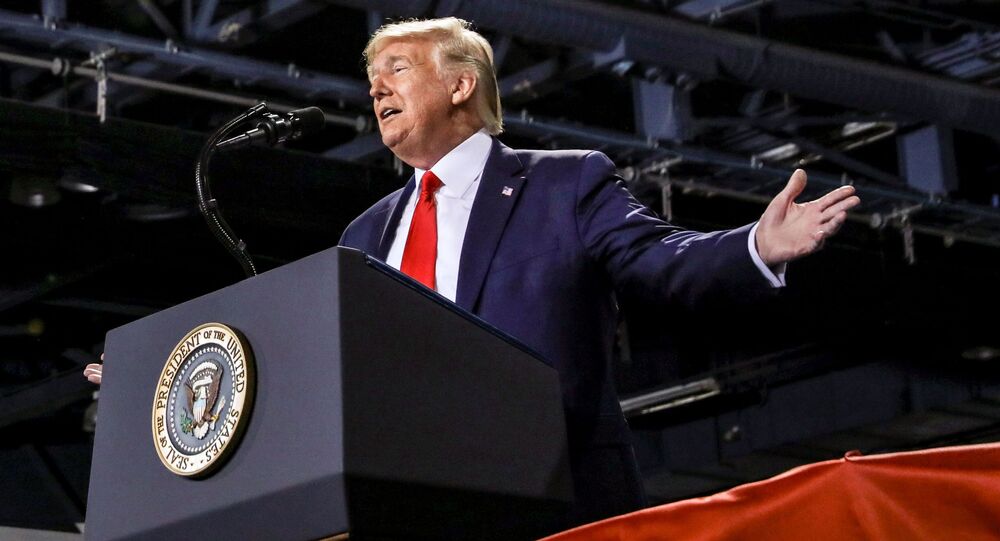 Ricky and Trump Deserve an Award!

What a great start to 2020 with Trump showing Iran, in no uncertain terms, that he means business, and Ricky Gervais slapping down the ‘woke’ hypocrites of Hollywood.

Now all we need is for Priti Patel to get a real grip on the abuse of student visas and change the law so that we can deport monsters like serial rapist Reynhard Sinaga back to Indonesia.

Trump was absolutely correct in sending a drone to Iraq to vaporise desperado Soleimani. If this had been carried out by Barrack Obama years ago the usual suspects in the woke and lefty community would have been praising him as a defender of freedom, democracy and liberty.

As Trump has been saying for months this was ‘the worst deal in history.’

But of course, Obama is a saint in the eyes of the lefty ‘woke’ brigade including the stinking hypocrites of Hollywood.

It was clear that they were lining up at the Golden Globes to get up and make their little ill-informed attacks on Trump as they made their victory speeches. These people and much of the Mainstream Media have an absolute visceral hatred of Trump and also despise the people who voted for him.

Ricky Gervais, like a verbal laser-guided drone, vaporised this nonsense by simply saying in his opening monologue, “So if you do win an award tonight, don't use it as a platform to make a political speech. You're in no position to lecture the public about anything. You know nothing about the real world. Most of you spent less time in school than Greta Thunberg. So, if you win, come up, accept your little award, thank your agent, and your God and f**k off.”

What a shame Ricky didn’t address the shambles of the Labour party and give them a similar message.

It was so predictable that Comrade Corbyn would condemn Trump’s actions.

I thought we had disposed with him on December 12 and he was going to spend more time on his allotment with the other vegetables?

But now he is back, grandstanding and writing a letter to Boris asking whether he supported Trump and then bleating all over the airwaves and TV that he hadn’t got a response? Well I presume, Jezza that is because Boris filed your missive in the ‘six-inch squares toilet roll emergency folder’ in the bathroom.

The Labour party are engaged in what can hardly be described as political beauty contest to find their next leader, a kind of a Simon Cowell version of “Labour’s got no talent”.

Corbyn is still leading the attack from the front with Emily Thornberry demanding that Boris should have come home from Mustique. Have they never been to the Caribbean? I have, in fact I have even stayed in Mustique, but that’s another story, and I can assure you that they do have phones.

Boris deserved a holiday after the year he has had and I want him to relax. I like the fact that, unlike the headless chickens of Labour, he can have another can of Red Stripe or a rum punch and leave his Cabinet and Generals to deal with the situation.

Don’t hold your breath but perhaps we are beginning to see the emergence of grown up government?

However, unfortunately, we still do not have a grown-up broadcast media.

In fact, in a rush to condemn Trump and Boris they are acting in a more biased and childlike manner every single hour of their 24-hour news cycle.

After their defeats on Brexit and in the General election they switched over to the Australian bush fires and were desperate to place all the blame on Global warming. As this narrative was running out of steam, along comes Donald’s drone and another lazy blunt weapon to attack the leader of the free world and again I stress anyone who dared to vote for or support Trump. In this attack, of course, Boris on his sun lounger was collateral damage.

But Donald has balls of steel and it looks as if, just by staying on the beach, so has Boris.

Despite the squeals of the BBC and Sly News we are not on the verge of World War Three as Iran has been so weakened by the sanctions that Trump has massively tightened on them they cannot afford a war.

Plus, don’t believe the fake news that everyone in Iran is happy with the present murderous woman-hating regime.

The US also has powerful allies in the region in the form of Saudi Arabia and the technological and military power of Israel.

In short, Iran is too weak to start a war which is why Trump is correct to respond to their pathetic mass demonstrations and shouts of ‘death to America’ by warning them if just one American is attacked by them that he will react ‘disproportionally.’

At last the USA has a strong leader and that is a great thing because when America has a weak president the world is a lot more dangerous.

I remind you again of ‘Saint Obama’ and his reign of appeasement.

Donald is also correct to threaten Iraq with massive sanctions if they try and throw US troops out of the country and make them abandon their airbases there.

Again, Obama is largely responsible for the chaos and probable civil war that could erupt in Iraq. Soleimani and his militias have infiltrated political parties in Iraq and almost turned it into a vassal state and this has been possible because of the way that Obama suddenly announced a date for US troops leaving the country and effectively wiped out the surge that had ended the war. He put up the white flag after we had won?

Of course, Obama was playing to the liberal ‘woke’ crowds again. How ironic that he and his family now have a massive deal with Netflix? Also, how ironic that their production company is called Higher Ground? As this morally corrupt ‘woke’ community, personified by Hollywood, always think they can take the higher moral ground and are so much more intelligent and progressive than us, the people, the masses, the plebs.

That is why Ricky’s best line was “you say you're woke but the companies you work for are in China — unbelievable. Apple, Amazon, Disney. If ISIS started a streaming service you'd call your agent, wouldn't you?”

Today the uber-liberal ‘woke’ media are attacking Ricky and calling his monologue lazy and right-wing?

Gervais has answered this nonsense in his own inimitable way tweeting, ‘How the f**k can teasing huge corporations, and the richest, most privileged people in the world be considered right-wing?’

Donald is in charge. Boris is in charge and now we need Boris to ignore the ‘woke’ idiots and change the law so that the foul mass rapist can be sent back to Indonesia.

No doubt the usual suspects will bleat about his human rights and the fact that he might be executed but Boris must show that his first duty is the protection of his citizens and not the rights of serial sexual predators.

It is good to see that our leaders are fully waking up to the dangers of the ‘woke’ community and, just as in Shakespeare, it is only the fool who ever really tells the truth.