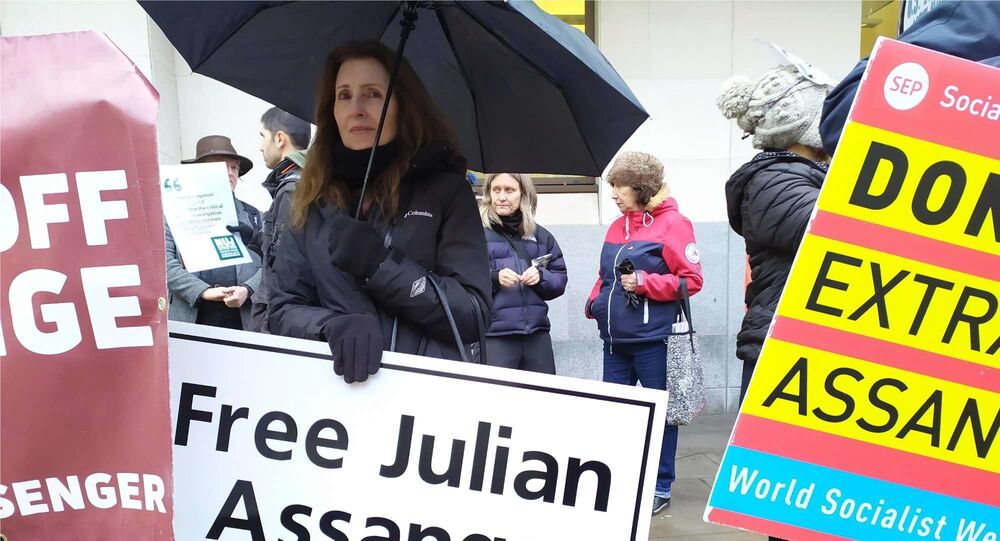 2019 - From Assange's Ordeal to Zimbabwe's Modern Founder's Death: That Was the Year That Was

2019 was the year Julian Assange was hauled from the Ecuadorian Embassy into a high-security jail, Jeremy Corbyn suffered a heavy election defeat and Evo Morales was toppled in a right-wing coup in Bolivia.

But the neocons didn't have it all their own way as in Syria, the 'regime change' operation was unsuccessful and in Venezuela, Maduro stayed in power. Let's take a month-by-month look at how the events unfolded.

Paris and other French cities are hit by Gilets Jaunes street protests (which continue throughout the year), but western Establishment media and politicians seem more concerned with events thousands of miles away in Venezuela as it looks for a while as if the anti-imperialist socialist government there is going to be toppled. In fact, the western elites acted as if Maduro had already been toppled, by anointing opposition figure Juan Guaido as President. EU bigwig Guy Verhofstadt tweeted on 24th January ' J Guaido is the only legitimately elected lead representative of the Venezuelan people'.  While the Yellow Vest protestors in France were relentlessly traduced- the protestors in Venezuela could do no wrong- even when they committed appalling acts of violence.  Repeat After Me: 'Angry street protests against the government in France, very bad!, angry street protests against the government in Venezuela, very good!'

Seven MPs announced they're leaving Labour to form a new 'Independent Group'  The punditocracy hail the new 'centrist' party as an SDP-mark two, yet none of the Not-So-Magnificent Seven are re-elected in the subsequent general election. However, according to some reports it was the threat of further breakaways that was successful in Labour shifting its line on Brexit, so you could say that if the aim of the exercise was to weaken the party electorally- it definitely worked.

Anti-government protests in Hong Kong begin over an extradition bill and last throughout the year, peaking in June. The March 29th deadline for Britain leaving the EU is missed. Sixteen years on from the start of the Iraq War, the former head of the Royal Navy, Admiral The Lord West, fires a truth torpedo, by confirming that the invasion had been planned long before and that the WMDs charade was used to supply a casus belli. It's also the 20th anniversary of the unlawful NATO bombardment of Yugoslavia, and an international conference and special ceremonies of remembrance take place in Belgrade. Al Boum Photo looks a picture as he wins the Cheltenham Gold Cup at odds of 12-1.

An old, grey man with a beard who looks like Ben Gunn from Treasure Island is dragged out of the Ecuadorian Embassy in London. His name is Julian Assange. The Wikileaks founder is arrested for skipping bail- for charges that were never bought. The clever-clogs pundits who loftily dismissed Assange's concerns of being extradited to the US, have egg on their faces as the US formally requests the prisoner's extradition and Home Secretary Sajid Javid signs the request.  Assange ends the year in Belmarsh jail, where his father has said he is 'being subjected to every sort of torment'.

In Sri Lanka, 259 people are killed in Easter suicide attack terrorist bombings carried out by Islamist extremists. In horse-racing Tiger Roll, four-starred in my Sputnik Intelligent Punter's Guide becomes the first horse to win back-to-back Grand Nationals since the legendary Red Rum in 1974.

The newly formed Brexit Party wins the European Parliament elections in Britain. The Conservatives receive just 8.8% of the vote, their lowest share of the national vote since the party was formed in 1834.  Yet under a new leader, they will go on to win the general election with 43.6% of the vote just seven months later, as Labour under Blairite and ultra-left pressure disastrously shifts to a pro-2nd referendum policy. Man City claim a historic Premiership /League Cup/FA Cup treble. Their 6-0 drubbing of Watford is the joint-biggest win in an FA Cup final since 1903.

The race to succeed Theresa May as Tory leader and Prime Minister begins, with Boris Johnson, Jeremy Hunt and Michael Gove the leading contenders. Donald Trump praises the 'eternal friendship' between the UK and US as he comes for a three-day state visit, which includes the 75th anniversary of the D-Day landings.  Tensions between Iran and the US rise as the Iranians shoot down a US spy drone. But Trump backs down from a military response.

Chris Williamson's unfair suspension from Labour after condemning antisemitism is lifted, but then he's resuspended two days later after some express their indignation at the decision. Later in the year, Williamson wins a High Court challenge but he's prevented from standing as a Labour candidate at the general election and Labour lose the seat to the Tories.

Liverpool wins the Champions League, beating Spurs in the final.

Boris Johnson wins the Tory leadership contest and becomes Prime Minister. He is the 20th Old Etonian to hold the office yet despite his privileged background he is able to present himself as a  populist political insurgent due to Labour increasingly taking a Brexit-blocking line.  The more Brexit is frustrated in Parliament in the autumn, the more Johnson's poll ratings rise. England win the cricket World Cup, while Novak Djokovic saves two championship points to beat Roger Federer in an epic Wimbledon final.

The disgraced financier, paedophile and alleged blackmailer Jeffrey Epstein is found dead in his prison cell just a day after more important court documents were unsealed. There's widespread speculation that he was 'suicided' to stop his case coming to court and protect the reputation of some very powerful people. The initial ruling of the New York medical examiner though is that it was suicide by hanging. However Epstein died, there's no doubting his demise was extremely convenient for some.

Robert Mugabe, the former Prime Minister and President of Zimbabwe dies aged 95. His legacy is mixed and highly contentious: he's hailed by many as a liberation hero and fearless defender of African rights, but also reviled by others as an authoritarian leader who presided over economic collapse and who stayed in power for too long.  The Swedish climate activist Greta Thunberg accuses world leaders of 'betrayal' in an emotional address to the United Nations.

The inquest of Dawn Sturgess, who we were told was killed by novichok poisoning in a perfume bottle, following the attack on the Skripals, is postponed for the fourth time, with no date given for it be re-opened.

Sturgess is the only person who lost their life in the events in Salisbury/Amesbury, but if the official narrative was true, why no inquest,  no charges, or no arrest warrant for her death?  Unsurprisingly, there's little or no media coverage of this very important story.

Evo Morales is forced to step down as President of Bolivia. 'It was a national and international coup d'etat' he says later and claims his ouster was orchestrated by the US to tap Bolivia's huge supplies of lithium. James Le Mesurier, co-founder of the 'White Helmets' search and rescue group in Syria is found dead in Istanbul following a fall from a balcony. He is said to have been depressed, stressed and was taking sleeping tablets. South Africa beat England in the final of the Rugby World Cup. Lewis Hamilton wins his 6th F1 world title,  there's still no knighthood for him in the New Years Honours list. Perhaps he should change his name to 'IDS'?

President Trump is impeached... and his poll ratings go up.

In Britain, the Conservatives are re-elected in the first December general election to be held in the country since 1923. The Tories have a majority of 80 as Labour's 'Red Wall' in its traditional heartlands collapses largely due to its shift on Brexit. After a major setback for the UK left, Jeremy Corbyn announces he'll be stepping down as Labour leader, while former Labour MP and staunch Iraq War opponent George Galloway announces the formation of the Workers Party of Britain.

Further leaks from the OPCW appear to vindicate those who were sceptical about the official US/UK narrative relating to an alleged chemical weapons attack by the Syrian government in Douma in April 2018, which led to airstrikes from the US, UK and France.   Could it be that this was a replay of Iraqi WMDs, pushed by much the same people?

Well, folks, that was 2019. What will 2020 bring? See my next column early in the New Year for some predictions.