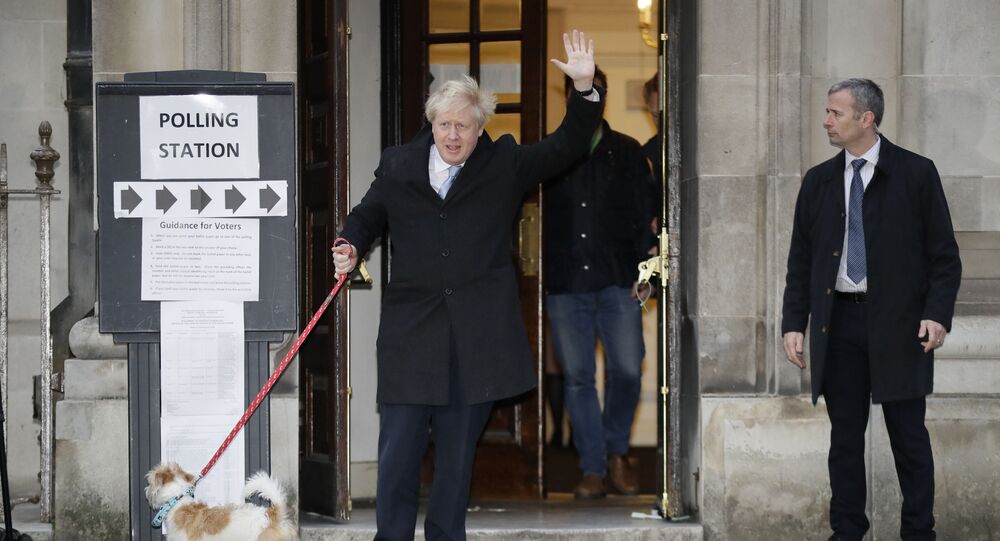 UK Election Lesson for US

President Donald Trump has hailed Boris Johnson’s election victory as a “harbinger” for his own re-election to the White House next year.

The Republican populist sees in Johnson a political fellow-traveller – a maverick with rakish appeal.

Meanwhile, Democrat presidential contender Joe Biden has used the downfall of the Labour party in Britain as a warning to his own party not to nominate candidates “far to the left”. Biden is digging at Bernie Sanders whom he’s running against to win the Democrat nomination for a presidential candidate.

Both of these American perspectives are misreading the British election.

Boris Johnson was able to win over traditional Labour voters to his Conservative party not because of his personal appeal, nor because they believed that his economic policies would deliver any improvement in their lives. It was largely down to his straightforward message to “get Brexit done”.

Many of Labour’s working-class former supporters voted in the 2016 Brexit referendum to leave the European Union. Ironically, they share that aspiration with Boris Johnson’s Conservatives despite the latter being the party of the wealthy and big business and despite a decade of brutal economic austerity under successive Conservative governments.

© Sputnik / Vladimir Pesnya
Brexit, NHS to Decide UK General Election as Johnson Seeks Conservative Majority
Are these former Labour voters turkeys voting for Christmas? How could they vote for a party sponsored by billionaires whose economic policies have decimated poor communities? Johnson is now promising he will soften Conservative policies “to respect” his newfound working-class voters. That stretches credulity.

Labour’s manifesto for wealth distribution through higher taxes on the rich and massive public investment was a sound strategy. The problem was the party floundered on the divisive Brexit issue. It couldn’t reconcile leave and remain voters. Labour was hopelessly split. And party leader Jeremy Corbyn’s decision vowing to hold a second referendum on Brexit was the tipping point that alienated working-class areas in the North and Midlands of England which had voted in 2016 to leave the EU.

Labour’s position on Brexit came across as muddled and invidious.
Whereas Boris Johnson offered an appealing direct line to finish three years of Brexit wrangling. He could thus rely on taking millions of Labour to leave voters and consolidating them with his already pro-leave Conservative party.

Put another way, if the British election had been conducted without Brexit being an issue, then Labour would most likely have won the argument on social and economic issues. Britain’s levels of social deprivation, poverty, homelessness, crumbling public services and so on, would have meant Labour’s manifesto was a voter winner.

But that wasn’t to be because Brexit dominated the election.

So, Trump is making a big mistake by thinking that Johnson’s re-election is a good omen for his own chances based on some demagogic magical appeal. The two are similar in that they represent the top one per cent of society in terms of wealth; and yet they seem to have managed to get large numbers of working-class people to vote for them.
But the similarity is superficial.

Whether Trump can repeat his 2016 performance in US working-class areas remains to be seen. But Johnson’s success in Britain is no harbinger for Trump. Trump won’t have a Brexit-type boost. He will be judged on the economic conditions felt by Americans.

That’s why Joe Biden and the mainstream Democrats are mistaken too.

The defeat of Labour in Britain should not be seen as a rejection of progressive policies as espoused by Bernie Sanders and others such as Tulsi Gabbard. If anything, the Sanders wing of the party should step up their appeal for a radical economic agenda of taxing billionaires and ramping up public investment. On foreign policy, they need to demand an end to American wars and regime-change operations. They need to point out – repeatedly ad nauseam – how Trump has sold out on his promises to end wars.

What Democrats in the US should learn from Britain is to keep their messaging simple and wholly relevant to the public. By watering down policies in order to appease billionaires and Wall Street, as Hillary Clinton did in 2016, that is running the fatal risk of offering nothing to the majority of working Americans who badly need economic regeneration.

© Photo : Boris Johnson/twitter
Brexit Actually: Boris Johnson Causes Shockwaves With Pre-Election Parody Clip
Keeping the message simple, true and effective also means Democrats ditching their futile attempts to impeach Trump over fabrications regarding Ukraine or the preposterous claims about him being a Russian stooge. It is only the Washington political class that indulges in these obsessions. Most Americans are too busy struggling to pay bills and debts to care about such petty parlour games.

The similarity with Labour in Britain is that it lost voters by not having a clear appeal. Its progressive economic policies were sidelined by an ambiguous position on Brexit.

If opponents to Trump want to win the White House in 2020, they need to focus on real issues of concern for American people. Otherwise, it will be four more years of Donald Trump, more social inequality, and more ruinous wars.