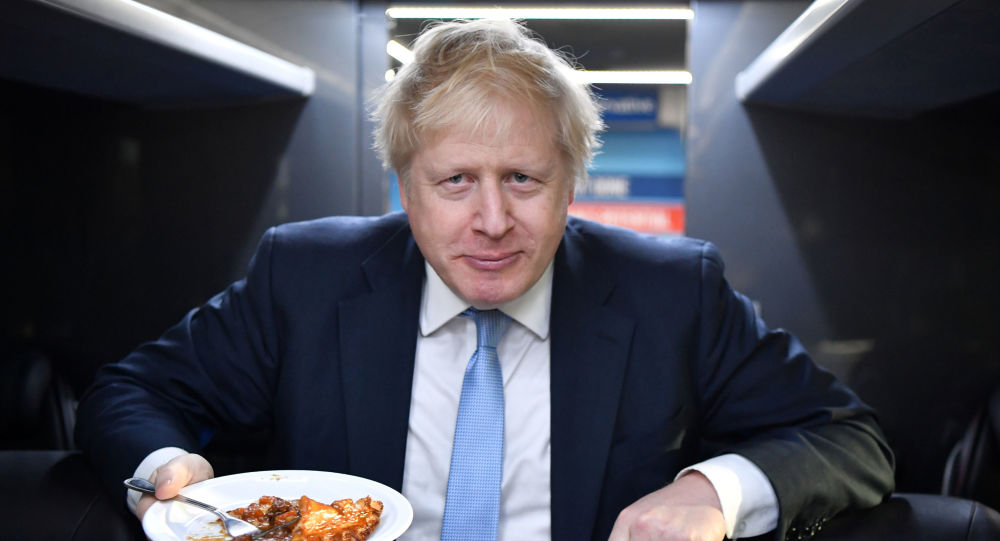 It’s been claimed that over 10m people have watched the video of Boris Johnson refusing to look at a photo of a little boy lying on a NHS hospital floor but one thing of great significance in the interview seems to have been missed: namely when the PM said wanted to get on and ‘turn this country around’.

Turn it around from what? After all, it’s been Johnson’s party, the Conservatives, who have been in power for almost the whole of the last decade- and for some of that time Johnson himself was in the government.

Yet here we have the Prime Minister effectively saying ‘Vote for me because I will make things a lot better by halting or reversing a lot of what my own party‘s been doing for the past nine- and-a-half years’.

Almost all of the flagship Tory policies at this election are about trying to make good the effect of bad policies the Tories have pursued since May 2010. 20,000 more police officers? Well, between March 2010 and March 2018 police forces in England and Wales lost 21,732 officers- and, guess what? Knife crime soared.
The Tories are now talking very tough on crime, but don’t they bear at least some of the responsibility for what’s happened?

Let’s talk libraries. Boris Johnson said last week that he loved libraries and that his government would invest in them. Sounds great, yes? Yet since 2010 almost 800 public libraries have closed in the UK, due to cuts in public spending.

In 2011 I was involved in a campaign to save my local library - its future threatened by the local Conservative country council. We won our campaign, but lots of other library campaigners- including in Labour-run areas- sadly didn’t.

Johnson has also pledged a big increase in NHS spending, 50,000 new nurses and the reintroduction of NHS nurses bursaries.

The truth is that the austerity policies of David Cameron and George Osborne and carried on by Theresa May and Philip Hammond did the country a great deal of harm. That’s whether we’re talking about NHS waiting times being at their worst level of record, boarded-up town centres, closed libraries and youth centres, or the big rise in potholes on our roads.

We were told cuts were necessary to get the public finances back in order after Labour profligacy, but the reality was that austerity was selectively applied. There was always money ready at the drop of a hat for neocon military interventions as we saw with the enthusiasm Cameron and Osborne took us into a regime change war (effectively on the side of al-Qaeda), in Libya in 2011. By the end of August 2011 participation in that war had cost the country over £600m and possibly as much as £1.25bn. What did it achieve? It turned Libya into a Jihadist’s playground on the shores of the Mediterranean and it (along with other Middle East interventions) helped provoked a refugee crisis of Biblical proportions.

All at a time when we were being told there was no money to sustain the current network of public libraries, or mend the roads.

It seems unfair that the Conservatives will be able to get away with what they, quite unnecessarily, put us through simply because they have a bouncy new leader who promises something different. Yet that’s exactly what looks likely to happen. Johnson wants a mandate to reverse Tory failures of the past decade and will probably get it, ironically because of another policy that the Tories have failed to deliver on. It’s easy to forget now that it was Labour leader Jeremy Corbyn, who a day after the 2016 referendum, called on the British government to send off Article 50 to the EU.

But the invocation of Article 50 was delayed by the Tories, giving time for Remainers to regroup and mount political and legal challenges to Brexit.

Now, though it’s Labour- and not the Tories- who look likely to be punished on non-delivery of Brexit because of their recent shift to a more pro-Remain position and advocacy of a 2nd referendum. Just imagine if Labour had co-operated with Johnson to get his deal through the Commons (with some agreed amendments on state aid and workers' rights). With the 2016 referendum result implemented, Labour would undoubtedly be in a much stronger position with voters because the subsequent election would be all about the Tory‘s past record in office and not about ‘getting Brexit done’.

As it is, it looks like Labour have let the Tories off the hook, and that Johnson, deservedly or undeservedly, will get the opportunity to correct what his party did wrong.