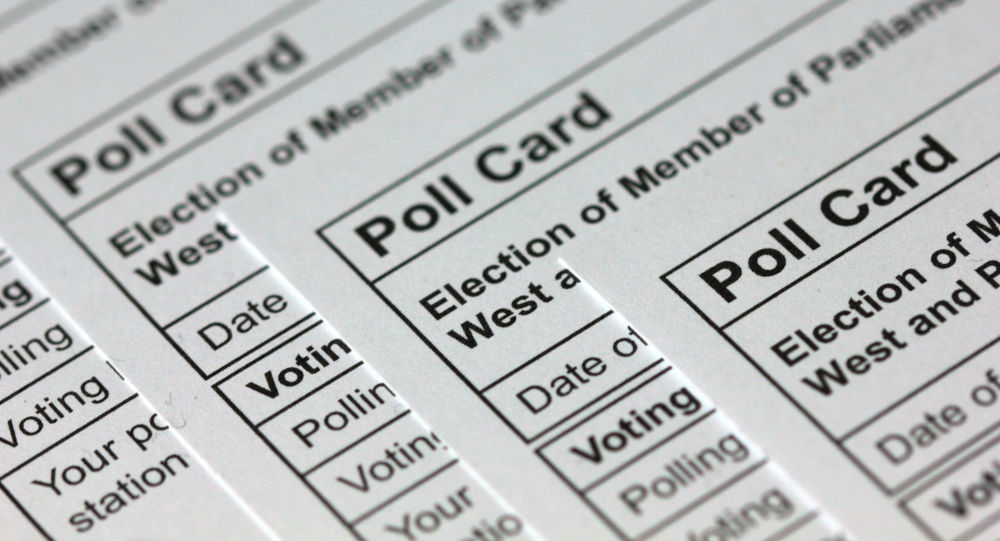 Do you really believe that this time next week Corbyn will be in Number 10 putting up his curtains and raising the red flag over Downing Street?

Of course, he won’t but if you believe the mainstream press and the biased broadcasters that is a very real threat. It is utter nonsense.

This general election reminds me of my childhood trips to Cornwall before motorways were built. The trip went on forever and ever and the constant moan from us kids was, "Dad are we nearly there yet?"

Each time we asked, the reaction from the front of the car got tetchier and angrier as it was clear my old man was as frustrated as we were.

This was back in the Seventies which is apt because if pigs fly and Corbyn gets the keys to number ten we will be turning the clocks back to the Seventies pronto.

But unlike my Cornish holidays, we are never going to arrive in the promised land of being a real sovereign nation again because we are going to end up in one of those seven-mile traffic jams of a hung parliament again. Basically, as the Talking Heads sang, “We are on the road to nowhere.”

Remember, even if Boris wins he still has the DUP to deal with and they will not back his plan. Then there are all of the EU lickspittles in the swamp who are still determined to stop Brexit or force another referendum.

My younger brother was always car sick on these journeys, to be honest, he only has to look at a copy of Auto Express to feel queasy, and this trip to our political future is making me and millions of others really sick.

The bias of the mainstream media has made me want to vomit and the latest incident of Huw Edwards who will present the BBC election night coverage actually liking anti-Tory tweets is outrageous. I am sorry but I don’t think BBC newsreaders should even have twitter accounts if they are meant to be impartial. He should be removed from the election programme immediately.

I’ve got to admit I was also a bit queasy about the brilliant Andrew Neil having a three-minute rant about Boris dodging an interview with him last night on the BBC.

Don’t get me wrong, Boris should submit himself to an interrogation with Neil just as the other leaders have but is it the place of the state-funded broadcaster to demand it in such a manner and what precedent does it set. Boris is a chicken but Andrew Neil cheapens himself by calling him out in the manner he did. We are not stupid Andrew, we know Boris’s game.

As for Farage. The so-called right-wing press has been on his back ever since the Brexit Party won the most seats in the EU elections and they were determined to undermine any power he had.

The elite clearly understood that Farage was a real threat to their cosy Westminster bubble as Nigel is the only one who seems to be able to channel ordinary people’s frustration with the entire political class. In simple terms, he connects with voters.

The vote for him in the EU elections was much more than just a vote about getting out of the EU it was a ‘plague on both your houses vote’ against the self-servers of Westminster.

Nigel, rather pompously, called it a revolution and said that he and his party were going to change politics for good. However, there were, and there always will be, powers that be that will never allow that to happen.

He created an exciting alliance of people across the political spectrum who had a wide range of talents and real-life experience. However, you don’t win elections with talent. You only win with money and lots of it. Especially in a first past the post electoral system.

Nigel was allowed to gain some momentum to help Johnson get control of the Tories but the whole argument has never been about Labour versus Tories in the Brexit debate. It has always been a blue on a blue fight to the death. The EU has divided the Tories forever and this election is just the latest skirmish in this battle for the so-called soul of the party.

Once it was clear that Nigel could undermine this vote and actually take seats off the Tories and even undermine the possibility of Johnson getting a clear majority he and the Brexit party was effectively nullified by the money men in the establishment.

The talk of Comrade Corbyn getting in and the vote being split is purely a smokescreen to ensure that the Establishment’s man gets in.

Don’t forget the men with the money backing Nigel are all effectively dyed in the wool Tories. Of course, they don’t want Corbyn but they also didn’t want Farage to get ten or more seats and hold the balance of power and therefore have influence over Boris in ongoing polices, including the possibility of forcing a clean break Brexit.

With the threat of the money drying up, Nigel effectively had no real choice and stood down half of his candidates and from that moment on the Brexit party and any chance we had of changing politics was holed under the waterline.

The propaganda machine moved up a gear and the MSM and the Tory press demanded even more concessions.

The betrayal of the four Brexit party MEPs yesterday is another part of this plot. Farage is right to imply they were Tory infiltrators. But, of course, he asked them to join his party? However, Nigel has a history of making these mistakes: he did the same with attracting Tory MPs to UKIP who later turned on him too.

In retrospect, he probably was wrong to halve his candidates in this election too but money talks as we all know.

Talking of money, I note that none of these traitors has offered to stand down and give up their huge EU salaries and expenses. Just four more swamp dwellers in my eyes! 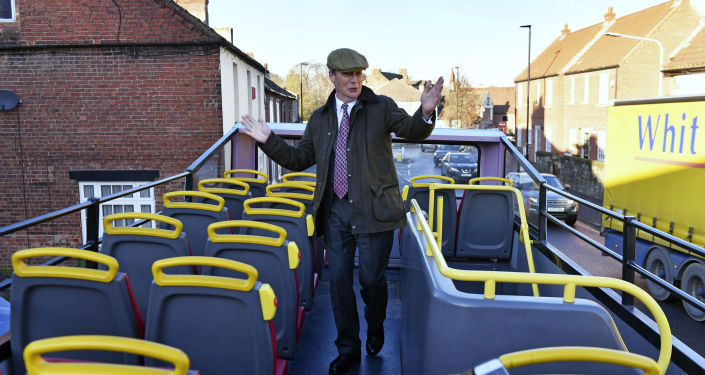 © AP Photo / Jacob King
Farage Accuses Brexit Party Defectors of Plotting Against Him 'Ever Since Johnson Was Elected'
So, this has been a long boring journey and the destination will prove to be exactly like our departure point. We are going to effectively end up with a hung parliament, no real Brexit and a swamp full of self-servers who carry on talking in their own bubble with their MSM mates whilst the rest of us become more and more distanced and disenfranchised from the seat of power.

This election has turned into a slow-motion motorway pile-up with the casualties being us, the voters, and the core of our very democracy. No politician or commentator will emerge from the wreckage with their reputations unscathed let alone enhanced.

Bring on next week and let’s put the election and all of us out of our misery.