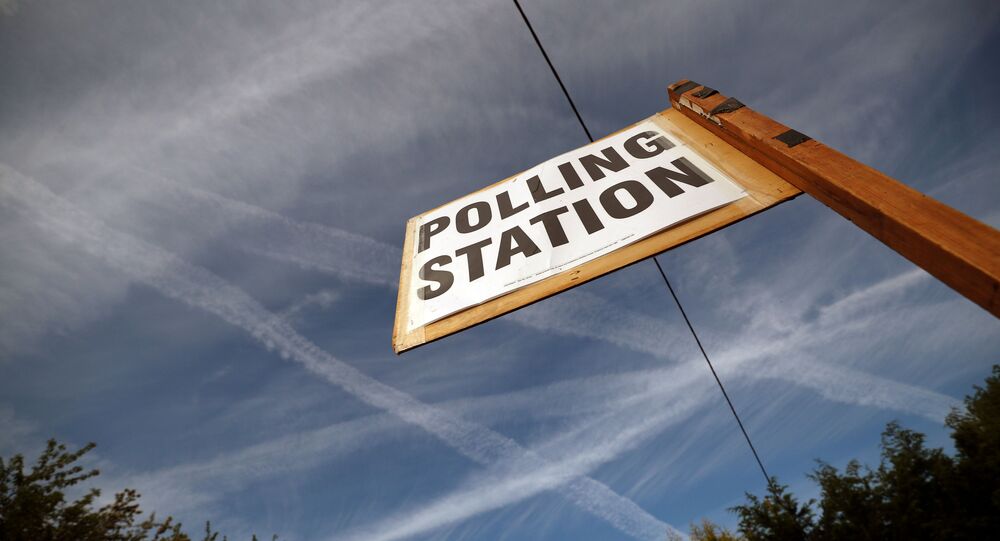 There are uncanny parallels between the last time a general election in Britain was held in December, in 1923, and today. That poll was ‘won’ by the Tories, in the sense that they got the most seats, but it resulted in a minority Labour government being formed. Could lightning strike twice, all of ninety-six years later?

A new Tory leader going to the country after just a few months as Prime Minister on the issue of changing Britain’s trade policy - which the Liberals and Labour strongly disagreed with. The Labour Party being led in the election by an internationalist, anti-war activist whose pacific views on foreign policy cause alarm among the Establishment. Sounds familiar?

No, I’m not talking about Boris Johnson and Jeremy Corbyn, but Stanley Baldwin and Ramsay Macdonald, back in 1923. Baldwin became Prime Minister following the resignation of Andrew Bonar Law in May 1923. Although he had a majority he brought matters to a head on 25th October by saying he could fight unemployment only if he was free to introduce ‘Protection’

He called an election for Thursday 6th December fought over the issue of Free Trade vs. Protection.

Baldwin supported tariffs. The Liberals and Labour opposed them.

You could say the same divisions are apparent over Brexit today - only that this time, it’s the Conservatives who are espousing the benefits of global free trade, and Labour and the Liberals, who prefer to stay in the more ‘protected’ EU.

Like Baldwin, Johnson brought matters to a head in October by introducing his Brexit Withdrawal Agreement Bill. When it was clear it wouldn’t pass a third reading, he called a December election.

Will Boris meet the same fate as Stanley?

The Conservative share of the vote fell by 6% and they lost almost ninety seats in 1923. The Liberals gained just over forty seats and Labour forty-nine. What seems to have done the damage to the Tories was voters who supported Free Trade switched from them to the Liberals. There was a net gain of fifty-two seats for the Liberals from the Tories.

The election resulted in a hung Parliament and the uncertainty as to who would be able to govern the country  lasted over Christmas and into the New Year. Historian AJP Taylor chronicled how ‘harebrained schemes were aired for averting’ the ‘terrible outcome’ of Labour leader Ramsay Macdonald being asked to form a government. Don’t forget there had never been a Labour administration in Britain before - and even though Labour were the second largest party, the Establishment were generally horrified at the prospect of the ‘socialists’ in office, as indeed they are today.

© AP Photo / Len PUTTNAM
Britain's Lord President of the Council and Opposition Leader Ramsay MacDonald making a speech from the pulpit at a meeting of the East Ham brotherhood in the Central Hall, Barking Road, London, on Feb. 16, 1936

Alternative Tory Prime Ministerial candidates to Baldwin were touted, including the elderly aesthete Arthur Balfour who had been Prime Minister twenty years earlier. The idea of a ‘Conservative-Liberal coalition’ under Herbert Asquith, PM from 1908-16, was also put forward. ‘None of these schemes came to anything’ writes Taylor.  ‘Asquith was clear that Labour should be put in, though he also assumed that he himself would himself become Prime Minister, when, as was bound to happen soon, they were put out’.

To his credit King George V, hardly a socialist, insisted that Labour be given ‘a fair chance’. So when Baldwin’s government was defeated in Parliament on 21st January 1924 in a Vote of No Confidence, Ramsay Macdonald a day later, became Britain’s first-ever Labour Prime Minister.

Coincidentally, on the same day the Tory government was falling, Lenin passed away in Gorki, near Moscow. It was certainly a strange week of ups-and-downs for the left.

In 2019, Labour have been consistently behind in the polls, but as 1923 shows, you don’t actually have to ‘win’ an election to get into power. If there’s one thing which could prevent the Conservatives getting an outright majority on 12th December it’s Tory Remainers switching to the anti-Brexit Lib Dem in relatively affluent pro-Remain seats in the south, in the same way that Tory Free Traders defected to the Liberals in 1923.

If Labour do come second in a ‘hung Parliament’ scenario, would we get the same outcome as in 1923?

What is different about today is that the Lib Dem leader Jo Swinson has already made it quite clear she would not back Jeremy Corbyn as Prime Minister.  Given the opposition to him personally- particularly from the pro-Israel lobby, which has its supporters in all the major parties - it would arguably be even harder for the pro-Palestinian, anti-war Corbyn to become Prime Minister in a hung Parliament than it was for Ramsay Macdonald in 1923. It’s likely that there would be tremendous pressure exerted on Corbyn for him to step down for a more ‘acceptable’ Labour Prime Ministerial candidate. Wouldn’t it be ironic, if 96 years on it was another Labour ‘McD’, this time John McDonnell, the Shadow Chancellor, who became PM in a hung Parliament?

For Jeremy Corbyn to get into  Number 10, Downing Street,  a hung Parliament probably won’t be enough: a Labour majority of at least ten, would arguably be needed. But of course even to get anywhere near that, requires a further shift in the polls. At the moment, the Tories are 4-9 with the bookies to get an overall majority and I wouldn’t like to change my original prediction, made on the site on 31st October, that a Conservative majority of between eighteen and twenty-five seats was the likeliest outcome.

However, with nine days to go before polling day, it isn’t over yet and if enough Tories do ‘go Yellow’ and vote for the Lib Dems we could yet end up in ‘1923 territory’. For dedicated students of British political history, that would lead to a real sense of déjà vu.