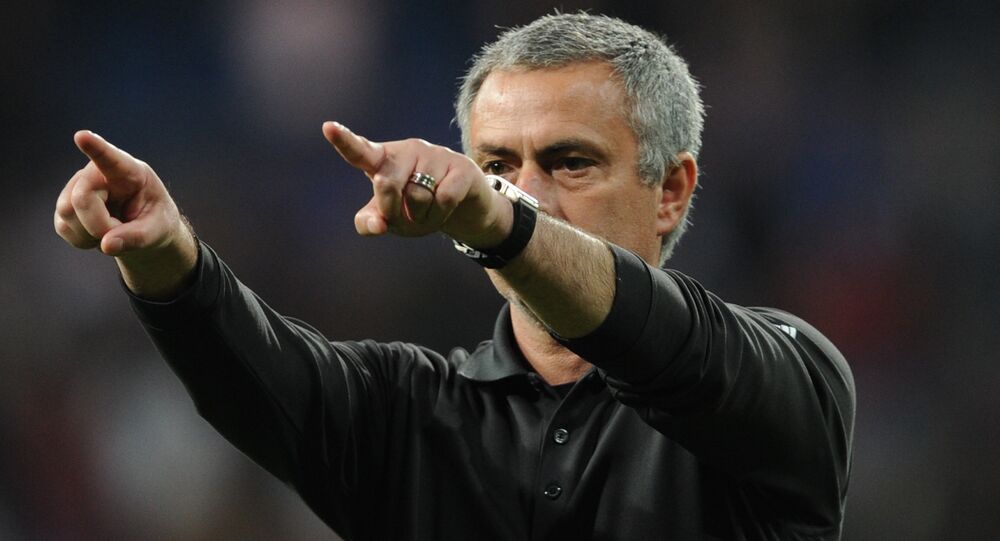 Will 'Special One' Jose Mourinho Earn His Spurs at Tottenham?

He's back. Less than a year after he was unceremoniously sacked by Man Utd, controversial football manager Jose Mourinho has been appointed the new manager of Tottenham Hotspur, succeeding Mauricio Pochettino. How will it work out?

Considering that he had guided Spurs to their first-ever Champions League/European Cup final just five months earlier, you could say that the axing this week of Mauricio Pochettino by Spurs chairman Daniel Levy was harsh. Under the Argentinian, the North London club had posted three consecutive top-three Premier League finishes- and in fact, never finished outside of the top four. To put that in its proper perspective, prior to Pochettino, Spurs had only managed two top-four finishes in the history of the Premier League.

During the period 2015-2018 Spurs were one of the most consistent teams in the whole country. Yet for all their excellent football, Spurs crucially failed to win a trophy. There were plenty of near misses- but they just kept coming up short in the most important games.

Since around the turn of the year, Spurs have been a team in decline.  The run to the Champions League final last season masked a falling away in Premier League form. It was only a year ago that Liverpool manager Jurgen Klopp was telling people that Spurs shouldn't be written off in the title race. Incredibly given how good their away form used to be they haven't won away in the League since January. This season they've only won three games and are currently fourteenth in the table, just six points away from the relegation zone.

© AP Photo / Alessandra Tarantino
Liverpool coach Jurgen Klopp celebrates with the supporters at the end of the Champions League semifinal second leg soccer match between Roma and Liverpool at the Olympic Stadium in Rome, Wednesday, May 2, 2018

The question is- will Mourinho be able to (a) get Spurs back to the sort of level they were playing at between 2015-18 and (b) improve on Pochettino's record by actually winning a trophy?

There are solid reasons for believing that he can.

For a start, Tottenham still have a great squad of players- and while some 'freshening up' needs to take place (and some obvious tightening up at the back), Mourinho won't have to rip everything up. Again, this is a team which reached the final of the Champions League only five months ago.

Then there's Mourinho's track record. Love him or loathe him, 'The Special One' has an uncanny knack of winning trophies-even when his spell at a club has been deemed 'unsuccessful'. For example, for all the criticism he got when at Manchester United he still won the League Cup and the Europa League.  And he also took United to an FA Cup final, something Pochettino failed to do with Spurs.

In fact, Mourinho's United beat Pochettino's Spurs in the semi-final of the 2018 FA Cup- despite most pundits favouring Spurs who came into the match in better form. United were utterly pragmatic that day- and it's that pragmatism which explains why Mourinho has such a good record of winning trophies.

Still, if Jose can get Spurs back again in the top four and win silverware too, before we get a potentially tricky year three, fans will probably settle for that. After all, it's now over eleven years since Spurs won anything.

The new National Hunt season steps up another gear this weekend with top-class action on Saturday at Ascot and Haydock Park.

Ascot's 2m5f Christy 1965 chase (2.05) pits the mighty Altior, the winner of all 14 of his starts over fences, against the rising star Cyrname, who won two course and distance chases Ascot earlier in the year by an aggregate of 38l. What makes this race intriguing is that Altior, who's been unbeatable over shorter trips, will be racing over a distance in excess of two and a quarter-miles for the first time. Will he stay, on what is likely to be testing ground?

© Sputnik / Aleksei Filippov
'That's Not Me': WATCH Mourinho Explain Why He Won’t Gossip About Man Utd
You could say that if he is ever going to get beaten it'll be on Saturday, but bookies still have him at odds-on to maintain his remarkable record and that's probably just about right, given that Cyrname is 0-3 on his seasonal debuts. Later on, in the 3.20, Capeland could make amends for his unfortunate disqualification at the track earlier in the month. Paul Nicholls' charge was forced through the wing at the last by a stablemate when he looked to have every chance of winning.

At Haydock, the feature is the Betfair Chase (3.00) Bristol De Mai, the winner for the past two seasons,  faces what looks like a tougher task than last season, but still rates the likeliest winner given his record at the Merseyside venue is four wins from four starts. Frodon, who comes here race fit after running at Aintree on 27th October, could be the biggest danger.

Elsewhere on the card, Captain Redbeard can reward each-way support if lining up in the 12.40. Stuart Coltherd's chaser was beaten less than 2l in third in the same race last year, and is 2lbs lower in the weights this time. He should also strip fitter for his comeback run at Aintree in late October, where he finished fourth.

The big match in the Premier League on Saturday is Man City (fourth) vs Chelsea (third). City can't afford any more slip-ups having fallen nine points behind Liverpool in the title race but Chelsea have been in terrific form on the road this season under new boss Frank Lampard and it could be close.

Spurs begin the Mourinho era away at West Ham, a club 'The Special One' has a great record against, leaders Liverpool go to Palace, while on Sunday Man Utd's recent revival will be tested at surprise packages Sheffield United, who lie fifth in the table.

Here are my score predictions: