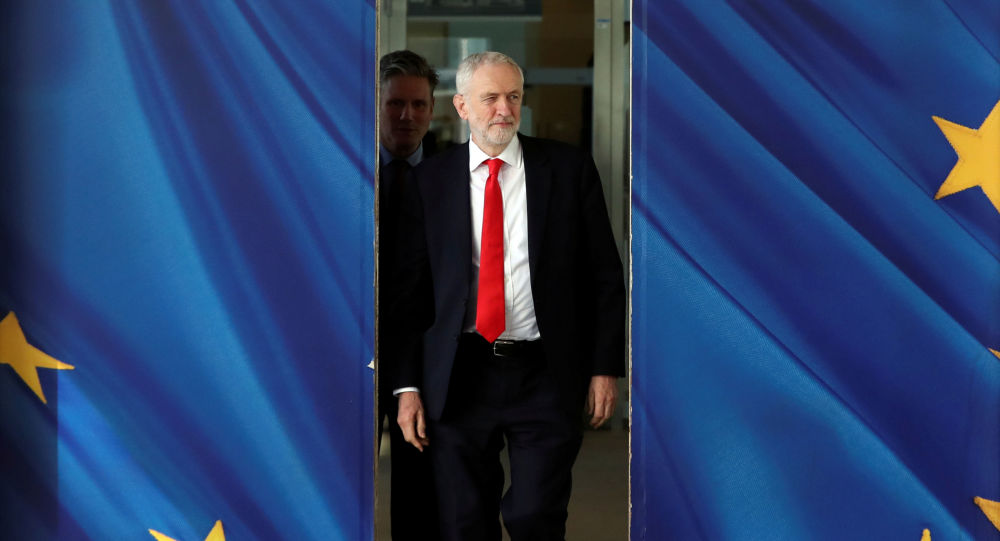 Jeremy Corbyn is Cowering From Elections

He is afraid of facing Boris Johnson, but more importantly, he is scared to death of facing the great British public in a general election.

I booked to come to India, a country which I love, months ago, but then as the pantomime of Brexit developed and the delays started I thought I was going to miss the most important two weeks in UK political history. I even considered cancelling my break!

I needn’t have worried as I have missed absolutely Jack Sh*t apart from undemocratic delay after delay to what we the British people voted for.

The self-serving pigs in Westminster have truly dived deeper in to their swamp than even I could ever have imagined. The way it is going I could join the hippie trail and stay in India for months and I would probably be better person for it and still not miss anything.

Only at a distance do you really see the mess our great country is in. Whilst these self-serving pigs wallow in the mess that they have made and quote arcane and frankly out of date Westminster practices the country is going to hell in a handcart.

39 people die in a refrigerated lorry due to the fact that we have a Border security system that is more porous than Jamie Oliver’s colander.

Yes, I know the fault for these terrible deaths ultimately lies with the people smugglers but I am sorry, if our borders were not so open to abuse they would never try to get in to the UK in the first place.

We need massive investment in Border security and we need it now but meanwhile politicians’ fiddle whilst Rome burns.

Illegals are also landing at Dover and again where are the videos of them being deported immediately?

We need to utilise hard love to discourage people from getting in to these boats or lorries and paying money to the scum smugglers and make it clear what will happen if they arrive here illegally.

It would be simple to spread this message as it appears that every illegal in Calais has a mobile; the phone is literally their road map into the UK.

So, let’s send out clear images of what happens should you get to the UK. Immediate deportation.

I repeat and I am ready for the screams of abuse of racism but the majority of these illegals are just that – illegal and economic migrants, not refugees.

We have a Labour party that wants even more immigration both legal and illegal. So, let’s put the argument to the test in a General Election and let the people decide what kind of immigration policy they want and what action they want taken on illegal immigrants.

Meanwhile Jihadi Bride, Shamima Begum is attempting to get back into the UK via the courts and is now proclaiming she was raped whilst washing dishes for the beheaders and savages of Daesh*.

When I tweeted about this I was immediately attacked by the left and bleeding-heart liberals as a racist! You what? What on earth has racism got to do with this?

I even had some women saying it was racist because I supported the women in Northern towns who have been raped and abused on an industrial scale by Pakistani Muslim men but I don’t care about Shamima Begum as she has brown skin.

No, my dears I don’t care about Begum because she was and is a traitor and collaborated with the enemy.

But again, let’s put it to the people in a general election and people can either vote for a party that wants a more relaxed attitude or a tougher one.

Stabbings are off the scale but Mayor Khan still has time to berate Trump whilst the cops have enough time to warn us about the evils of using the wrong pronouns. I don’t know about you but I want our coppers to patrol the streets rather than the dictionary, don’t you?

The latest confected (I thank you!) row about Paul Hollywood declaring that a sticky bun is diabetes on a plate is just but one example.

Yes, it was a little ill-informed but in essence I am sorry, and I’m speaking a as former Type 2 diabetes sufferer, he was correct. No diabetic whether type one or two should really be eating this sugary muck. As you know I would go further and say none of us should be eating excess sugar but to make the row about an off the cuff remark is rather a stupid thing to do.

Again, did any one vote for this kind of PC madness and is anyone brave enough to put this garbage in a manifesto? Don’t hold your breath.

OFCOM's report into the BBC today illustrates that the biased broadcasting outfit needs cutting down to size or at least the licence fee needs removing. They say that young people are no longer really using its services and it is increasing becoming an outdated and outmoded media form.

Remind me please who has been saying this for years?  Oh yes that will be me then! Let’s discuss this and let’s have political parties telling us where they stand on this snowflake nonsense because my guess is that most Brits are sick to the back teeth of it.

I could go on but I am sure you get my drift?

Whilst these fools in the swamp fiddle and claim extra dosh for sitting on a Saturday for child care our country is being wrecked.

We voted to leave by a clear majority. The question was simple leave or remain. Leave won.

Poll after poll suggests that the majority still want to leave and even leave without a deal. Quite simply they want Brexit done and dusted. The great irony of course is that it looks like the EU want it finished too.

Now Boris is calling for an election on December 12 and says he will keep calling for one every day. But of course, Corbyn is refusing to hold one and I guess will continue to do so every day too.

This rotten parliament is so divided that it will never make a unified decision on Brexit so the only choice is effectively put it back to us the people in the form of an election.

However, Corbyn and most of Labour don’t want this as they know they will get stuffed and be down the job centre facing the wrath of their constituents before Jeremy Vine dusts off his swingometer!

But we cannot go on like this. Corbyn has not only paralysed Boris, they have effectively crippled the country.

Boris has already cancelled the budget on November 6th and is effectively going on strike and refusing to put forward any serious policies until an election is agreed.

Meanwhile we, this great nation that liberated Europe twice, are waiting like Damocles with a sword over our head for the EU to decide next week if they will grant an extension which our PM and the majority of Brits do not even want?

We need an election and clean break Brexit before there are riots on the streets.

A new Yougov poll out today states clearly that people on both sides of the Brexit debate are getting really angry and think that violence against MP’s could be a price worth paying to get their way. Perhaps the pigs will prick up their ears now?

The survey's co-director Professor Richard Wyn Jones said he was "genuinely shocked" at the findings.

Well he must be living in cloud cuckoo land as I have been sensing this and writing about it for months.

It is clear that the country is polarised and I am sorry this is the result of our MP's and the establishment on all sides refusing to accept the decision of the people.

By their failing, dithering and delaying they have wrecked Brexit and are now wrecking the country. By refusing to grant losers consent they have created the toxic atmosphere in the UK.

So enough of this nonsense, you muppets!  Remember you are only in parliament and on these great wages and fantastic expenses because of us, the people.

You’ve bleated on about a peoples' vote or a second referendum, well what better democratic exercise to lance this political boil that you have created than a general election?

Stop delaying the election Corbyn or you will be responsible for the inevitable anarchy in the UK that is clearly coming.