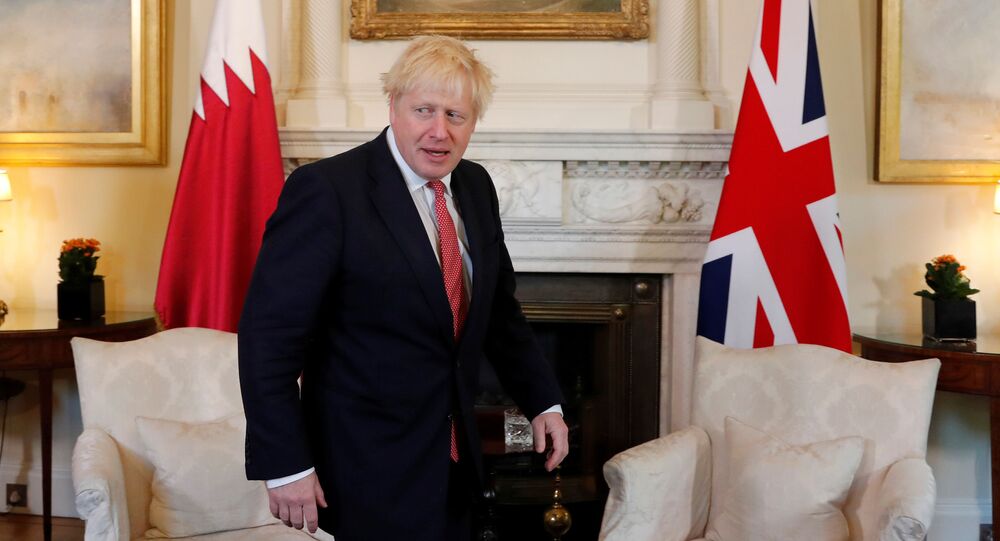 Tuesdays will never be the same. We have known for years Boris Johnson was a liar. It is a matter of record. What was confirmed on Tuesday, 24th September at around 10.40am is he is also a criminal. A criminal liar! The Pinocchio of Westminster! Within an hour #ByeByeBoris was trending on Twitter. Can Tuesdays get any better?

Lady Hale started to read the unanimous Supreme Court judgement on behalf of all eleven Justices who listened last week to the legal arguments regarding the government’s decision to prorogue Parliament for the longest period in over 40 years at 10.30 am. By 10.40 am it was clear the government could not act unilaterally and ignore Parliament and the courts in the Parliamentary democracy that the UK professes to be. The UK system is neither a dictatorship nor America where Presidents, elected or otherwise, wield supreme power free from proper checks, balances or accountability.

Boris Johnson and his unelected and obnoxious advisor Dominic Cummings hatched a plan to deliver a No-Deal Brexit on October 31st regardless of the very real warnings regarding food and medicine shortages, transport chaos and thousands of job losses contained in the government’s own Yellowhammer Report. The main obstacle was the pesky elected MP’s who were concerned about the potential disruption. They had to be side-lined so Parliament would have to be shut down. Not by a recess as business, questions and committee meetings are still permitted during a recess. It had to be more brutal. Parliament had to be prorogued, shut down completely, for the longest period in over 40 years.

To justify the prorogation the criminal conspirators agreed to promote the lie it was to prepare for a Queen’s Speech and a new session of Parliament. The truth was clear to all but the willfully blind. The Queen’s Speech was a convenient smokescreen to hide the real purpose of the prorogation which was the facilitating of a No-Deal Brexit.

The unprecedented prorogation was challenged in both the English and Scottish courts and the highest court in Scotland, the High Court of Appeal, deliberated for days after listening to evidence which suggested the prorogation was in fact for the illegal purpose of obstructing Parliament from executing its lawful duties of scrutinising and holding the Executive, the government of the day, to account. They concluded stridently that Boris Johnson had indeed acted unlawfully in that his prorogation plan was not about a new session or Queen’s Speech but to “stymie” the Parliament.

It is that very judgement by the most senior Law Officer in Scotland and two other senior judges which the Supreme Court upheld today, Tuesday 24th September. The exclamations of surprise by political pundits and legal observers in England betrayed the narrow English chauvinism which we in Scotland have grown to despise. What a surprise! So unexpected! An extraordinary decision! Not at all.

The UK Supreme Court merely confirmed what the highest court in Scotland had already concluded. The only surprise is perhaps the unanimity of the ruling but not the legal content. The Scottish judges had already considered the limited emails and other communications made available, some redacted (partially hidden) and others withheld. It was so telling that no Government Minister or senior civil servant was willing to give evidence or even submit legally sworn testimonies, known as affidavits. To do so would have compelled them to tell the truth and expose the nefarious nature of the prorogation or risk prosecution for perjury, lying to the court.

For weeks Johnson has protested that his prorogation of Parliament had nothing to do with Brexit. However, within an hour of the Supreme Court decision against his prorogation he was bumping his lying gums that it was all designed to stop Brexit. He simply can’t have it both ways. Either the prorogation has nothing to do with Brexit or it is all about Brexit. He has been caught in yet another lie and this time it is not to a magazine editor, his party leader or a journalist but to the Queen, the Parliament and the whole UK public. He simply cannot credibly stay in office. He has to resign forthwith. His conscious and cunning duping of the Queen and attempt to mislead the whole of the UK now stands exposed in magnificent technicolour for us all to see. He must not only resign but face criminal prosecution for attempting to subvert Parliament and democracy.

The 17.4 million people in England, Scotland, Wales and Northern Ireland who voted to leave the EU in the Brexit referendum three years ago have every right to be angry and disappointed that their decision has not yet been implemented. However, that referendum campaign was laced with lies and deceit from the outset and people were assured the Brexit process would be orderly and straightforward. It is not clear that the same number of people would have voted to leave the EU on a No-Deal basis but that hypothesis must be put to the people soon.

First things first. If Johnson does not resign he must be sacked by Parliament via a no-confidence vote. Jeremy Corbyn must be elected interim Prime Minister on a strictly time-limited basis to do two things. Rule out a No-Deal Brexit on October 31st by seeking an EU extension of the UK’s exit date of a few months to allow a new General Election to proceed. Secondly, name the date for that General Election sometime in November.

Should the people of England and Wales wish to support a No-Deal Brexit despite the potential consequences they are perfectly entitled to vote for the Brexit Party or Johnson’s English Nationalist Tory Party who will both present that manifesto commitment. I hope they don’t. Not because I support the EU but because I oppose austerity and believe people should vote at the General Election on the Tory and Lib Dem record of severe and disgraceful cuts in hospitals, schools and welfare spending which have impoverished millions and increased homelessness, low pay, zero-hours contracts, food bank reliance and child and adult poverty.

In Scotland, I’m certain our status as a distinct and different country will once again be pronounced as we wipe out Tory politicians and return not just a majority of independence supporting SNP MP’s but a vast majority, greater than the current 35 of 59 MP’s at Westminster. Labour in Scotland will also be wiped out due to their unionist allegiance and record of austerity support prior to Corbyn.

So let’s have Boris Johnson further humiliated by consigning him to the record books as the shortest-serving PM in history immediately. It will have to be via a vote of No Confidence as a resignation would require some honour and this spoiled Etonian brat is without a fibre of honour in his body. He has to be sacked and then subjected to a rigorous criminal investigation.

Pinocchio Johnson was elected by less than one per cent of the UK voting population. He has never had a shred of democratic authority or credibility. He is a PM with no mandate from the people, no majority in Parliament and no discernible morals. He should soon be an ex-PM with no freedom as his lies and unlawful actions amount to a criminal conspiracy and a prison cell should be prepared for his imminent presence.

Tuesdays will indeed rarely be more satisfying. May #ByeByeBoris continue to trend and Pinocchio Johnson soon be mopping the floor of his prison cell. The SNP must surely declare that a vote for them in the forthcoming General Election is not a vote for a new referendum but a vote for independence itself. Victory would allow the democratic declaration of an independent Scotland. The time for boldness is now. It should not just be #ByeByeBoris but #ByeByeBritishUnion as well.