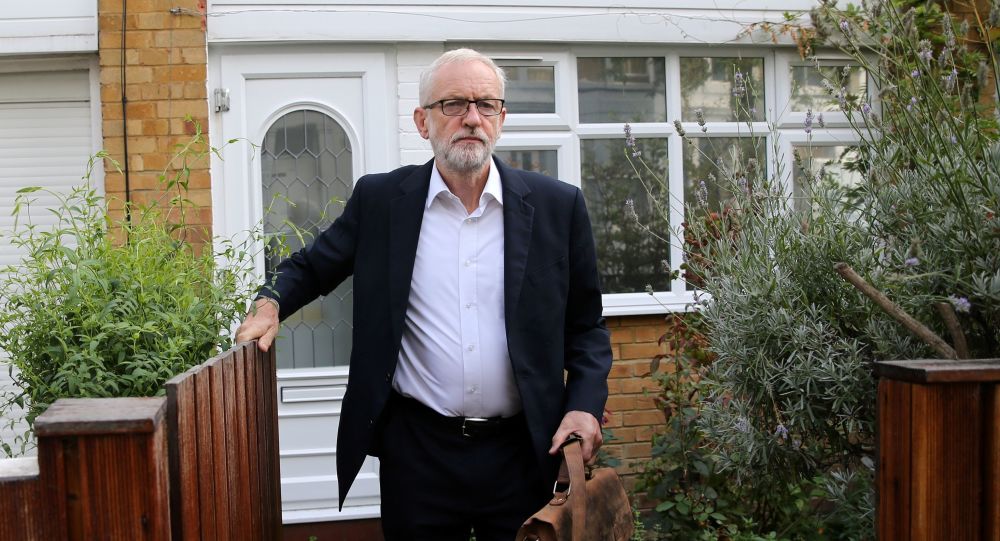 Jeremy Corbyn: Four Years Not Out. But Will It be Five?

It’s four years since Jeremy Corbyn, a 200-1 shot, was elected Labour Party leader. Against all the odds he’s still there, but to survive another year, and become Prime Minister, he needs to rediscover his radical outsider ‘anti-politics’ edge.

It was the political equivalent of Leicester City winning the Premier League. The victory of Jeremy Corbyn, a veteran left-wing back-bencher and anti-war campaigner who had never before served in a government or on an opposition front bench, in the Labour Party’s leadership election of 2015, stunned the ‘Inside the Tent’ punditocracy, who never gave him a chance.

Corbyn only made the ballot paper with moments to spare. He would be the ’token’ left-wing candidate. But his energetic ‘outsider’ campaign- in which he promised a return to the progressive Labour policies the party had espoused before New Labour and neo-liberalism, enthused party members and he recorded a landslide victory.

From the moment when it looked like he might win, Corbyn has been under attack from those who wanted to maintain the status quo, particularly in regards to foreign policy.
That he has been able to survive these attacks- and is still leader- four years on, is a tribute to Corbyn’s stamina and perseverance.

Just a year after receiving an overwhelming democratic mandate, Corbyn was forced to stand for election as Labour leader again. This time he got an even higher share of the vote, easily defeating challenger Owen Smith. But still his enemies refused to accept the right of a former chair of Stop the War to lead the party.

Theresa May thought she had a great opportunity to destroy Corbyn and Corbynism in April 2017 when she called a snap general election. Labour were twenty points down in the polls. Once again, the Inside the Tent punditocracy wrote Corbyn off. Once again, Corbyn confounded the so-called ‘experts’.

Under his leadership, Labour recorded their biggest increase in the share of the popular vote since 1945.

It’s been calculated that Labour, fighting on an excellent manifesto with very popular vote-winning policies, was just 2,227 votes away from having the chance to form a government.

As the great bard wrote there is a tide in the affairs of men which taken at the flood leads on to fortune and I‘d argue that it was just after the election of June 2017, when Corbyn’s authority was at its strongest- that he made his biggest error. He should then have moved decisively against those in the party who had done so much to undermine him, and whose mischief-making had probably prevented Labour from getting over the line. His enemies knew they were in a weak position, so-called for ‘unity’. Corbyn accepted the olive branch, but after a few months, the hostilities again resumed.

One of the reasons Labour confounded expectations in 2017 was that the party’s line and rhetoric on respecting the 2016 EU referendum result was correct. However today Labour has pivoted to a more ’Remain-friendly’ position and its rhetoric is more pro-EU in general. The party has committed itself to hold a second referendum, with a ‘credible Leave option’ and a Remain option. But while Corbyn has said that Labour will decide later which option it recommends to the electorate, leading colleagues such as John McDonnell and Emily Thornberry have said they would be campaigning for Remain. Tom Watson, Corbyn’s deputy, has gone even further, saying Labour must ‘unequivocally back Remain’.

© AFP 2019 / BEN STANSALL
Leader of the British opposition Labour Party, Jeremy Corbyn (C), smiles as he poses with members of the shadow cabinet including Deputy leader Tom Watson (CL) and Shadow Health Secretary Heidi Alexander (CR), Labour Party and TUC members during a photocall for the 'Labour In for Britain' campaign in London, on June 14, 2016 calling for a remain vote in the EU referendum

The overall impression Labour is giving voters is that it wants us to stay in the EU. That they will give us the option of a reheated, or slightly revised version of Theresa May’s unsatisfactory Withdrawal Agreement deal as the ’Leave’ option vs. Remain.

Whatever its merits, or demerits, shifting to a more Remain position could cost Labour dear in the next general election, which is likely to be held before the end of the year, or in early 2020.
Here’s why. Dr Richard Johnson of Lancaster University has shown, in detailed research, how Labour’s path to victory is through Leave-voting Tory-held marginals. 78% of Labour’s 45 target seats in England and Wales voted Leave in 2016; and 13 of them voted Leave by 60% or more. ‘While there are a handful of Remain-voting Tory seats which Labour must win, they are vastly outnumbered by Leave-voting constituencies’ Dr Johnson writes.

The party’s current stance on EU not only puts in danger their chance of capturing these seats, there is also the danger of it losing seats in the North and Midlands it won in 2017 to more Euro-sceptic challengers. Dr Johnson notes that the six seats Labour did lose in 2017 were all Leave-voting ones in the Midlands or North. ‘Labour was expected to lose many more constituencies which fit a similar profile, but it is plausible that the party’s manifesto commitment to Brexit stymied an even greater scale of losses in Leave constituencies.’
I urge Jeremy Corbyn and his front-bench team to read Dr Johnson’s analysis, or else the party could be in for a very nasty shock on election night.
It’s not just about the rights and wrongs of holding a second referendum before the result of the first one has been implemented. It’s about public perceptions.
Corbyn did so well in 2015, 2016 and 2017 because he was seen as an outsider, in an age where ‘anti-politics‘ was the new politics. But by conceding too much ground to liberal Establishment, pro-status quo figures on the EU, there is a real danger that Corbyn will lose some of his man of the people appeal. Over the last few weeks, he’s received praise from some unlikely quarters. The Daily Telegraph reported earlier this month that two of the biggest global investment banks preferred him as Prime Minister to a No Deal Brexit.

Corbyn has also been lauded for standing up for the rights of Parliament- in response to Boris Johnson’s prorogation. 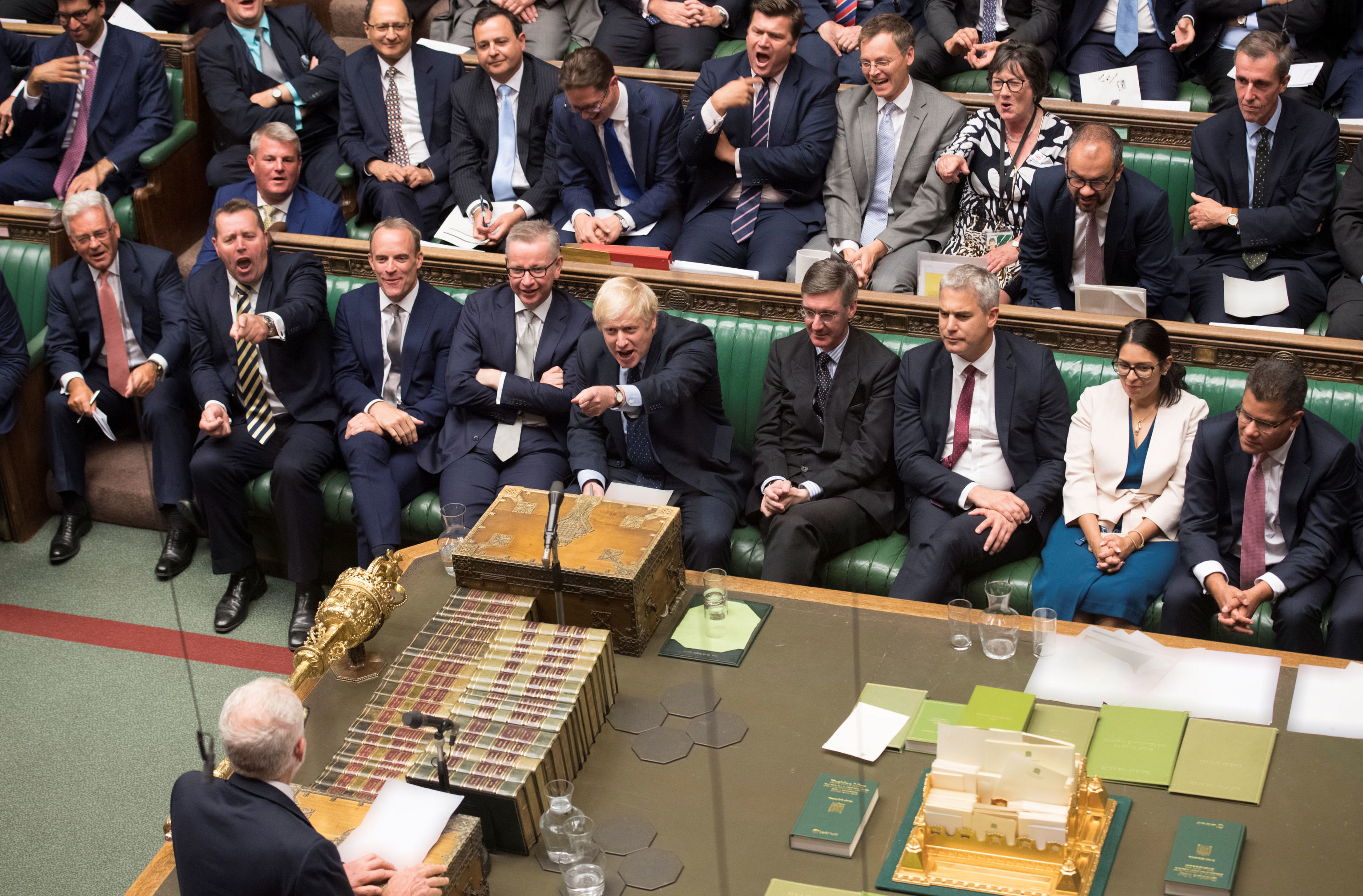 Yes, he is looking and sounding very statesmanlike at present, but it’s worth noting that after last week’s dramatic events in the House of Commons, when Boris Johnson lost four votes, and sacked 21 MPs, it was BoJo’s party which got a three point bounce in the polls, not Corbyn’s. Rightly or wrongly, it seems the public don’t feel as strongly about the prorogation of Parliament for one extra week as the Labour front bench and liberal commentators do. Yes, 1.72m have signed a petition against it, but you don’t have to be an Emeritus Professor of Mathematics to work out that that’s still quite a way short of the 17.4m people who voted Leave in 2016.
Evidence suggests that most people- even a sizeable number of Remain supporters- are sick and tired of Brexit debates and just want to see the referendum result implemented. The last thing those suffering from Brexit fatigue want is a second referendum, and taking this into 2020, which is what Labour is offering them.

To make it ‘five not out’ and beat Dominic Cummings and Boris Johnson at their own game, Corbyn needs to rediscover the radical outsider edge he had in 2015. Make no mistake, if Labour does lose the next election, because working-class Leave voters in must-win marginals in the North and Midlands turn against them, it’ll be Jezza who’ll be blamed, not those who within the party who have persuaded him, in the interests of false ‘unity’, to act against his better instincts.