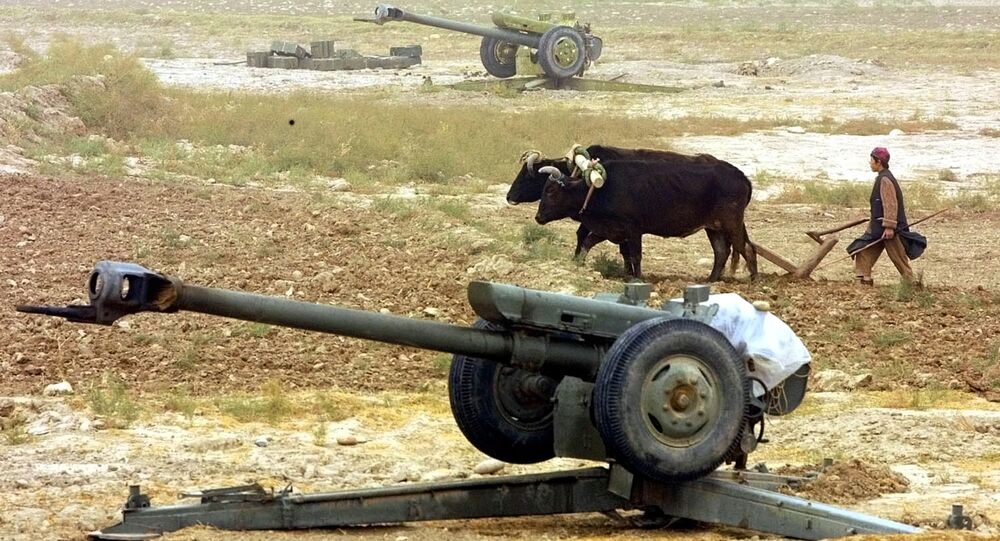 According to a fresh United Nations Report, the US and its allies in Afghanistan have been responsible for more civilian deaths in the country than the Taliban* whom they are supposed to be fighting. What a damning indictment of US Foreign policy and engagement.

Although US troops are supposed to be no longer engaged in actual combat they are on the ground and provide arms, training and logistics to the fledgeling Afghan army. The US air force also provides air support and executes deadly airstrikes regularly.

At least 3,812 civilians have been killed or wounded in the first half of 2019, the United Nations said, noting a big increase in the number of casualties caused by government and NATO-led troops.

The UN Assistance Mission in Afghanistan (UNAMA) called the toll "shocking and unacceptable", and urged parties to Afghanistan's 18-year war to heed a demand from Afghan delegates at a recent peace conference in Doha, the capital city of Qatar, to reduce civilian casualties to zero.

The United Nations report said 83 percent of casualties from airstrikes were attributed to “international military forces,” essentially pointing the finger at the United States military, which is the only member of the international coalition in Afghanistan that carries out airstrikes. The Afghan Air Force was responsible for about 10 percent.

In the first six months of the year, the conflict killed nearly 1,400 civilians and wounded about 2,400 more. Afghan forces and their allies caused 52 percent of the civilian deaths compared with 39 percent attributable to militants — mostly the Taliban, but also the Islamic State* [Daesh in Arabic]. The figures do not total 100 percent because responsibility for some deaths could not be definitively established. So 717 civilians have been killed by the US and its allies compared to 531 civilians killed by the Taliban or others.

Even the mainstream US paper, The New York Times, was compelled to state:

“Afghan security forces and their American-led international allies have killed more civilians so far this year than the Taliban have, the United Nations said in a report on Tuesday, once again raising alarm that ordinary Afghans are bearing the brunt of an increasingly deadly 18-year war”.

The United States has bombed and/or invaded: Iraq, Libya, Syria, Yemen, Somalia, Iran, Cuba, Panama, Pakistan, Nicaragua, Grenada, Vietnam, Laos, Guatemala and Cambodia to name just a few of the examples we are aware of. Yet mainstream media discussions about 'threats to world peace' never mention the trigger happy US. Sure North Korea, Iran, Russia and Venezuela are mentioned and demonised constantly but never the country that is actually the most aggressive and dangerous on the planet. If you are looking for the single biggest threat to world peace look no further than the United States of America. A recent United Nations Report confirms that fact.

In the last few weeks the ratcheting up of hysteria and demonising of Iran has been put into full gear. A country that has not invaded another nation for 200 years and has itself been invaded twice in the last century, 1941 and 1980, is the biggest threat on the world stage according to US billionaire owned media outlets.

In 1980 Iran was attacked by Saddam Hussein’s Iraq whom the US and UK were supporting, encouraging and arming Hussein to the teeth. A bloody and brutal eight-year conflict ensued which claimed several million lives. Iran did not seek or start that war but accepted a United Nations-brokered ceasefire in 1988. They have no desire to start any new wars.

In the intervening period between 1980 and now, however, the US and UK not only switched from arming and supporting Saddam Hussein, they actually invaded Iraq in 2003 to illegally depose him and killed over one million Iraqi civilians in the process.

The Iraq war was based on a false premise of weapons of mass destruction possession. Dossiers were invented, grainy videos were created and a compliant press and media went into overdrive to propagandise on behalf of the US and UK.

President George Bush and Prime Minister Tony Blair deliberately lied to their respective political chambers to justify an unnecessary and brutal ‘shock and awe’ strategy of carpet bombing followed by physical invasion. There were no weapons of mass destruction in Iraq and they both knew it. After all the US and UK possessed the receipts for all the weapons Saddam Hussain had. The US and UK had sold those weapons to him during his most tyrannical years in power. When he was gassing the Kurds and killing almost 5,000 mostly women and children in Halabja in March 1988 he was using US and UK supplied planes and materials. After the atrocity both the US and UK continued to supply Iraq and Saddam with arms.

Since the 2003 invasion, Iraq has been a basket case nation. Infrastructure decimated, political structures destroyed and over one million civilian lives extinguished. American media duped many Americans into believing Iraq was behind the horrible 9/11 attacks which devastated New York. They had absolutely nothing to do with 9/11 and al Qaeda or ISIS* Islamic terrorists had no presence or base in Iraq prior to 2003. Now the country is riven with ISIS sponsored terror attacks and religious and tribal civil wars. Only weeks ago the capital Baghdad witnessed a suicide bomb attack that claimed 250 civilian lives, the largest single civilian loss of life since 2003. American invasion and intervention has been a disaster for Iraq and its population.

The civilised world has to unite and muster the courage to expose the dastardly role of the US in destabilising so much of the world through deadly bombings and invasions and the economic terrorism of sanctions designed to cripple countries abilities to produce enough food to feed their populations and build the sanitary infrastructures to keep them safe from disease. The brutal economic sanctions imposed on Iran, Venezuela and Cuba right now are not only illegal they are also immoral. Despite scores of United Nations condemnations for such unilateral and illegal actions the US persists in its deadly cowboy actions.

America has now been informed it is killing more civilians in Afghanistan than the Taliban or other supposed terrorists. If facts like that don’t convince them to change tack and stop interfering militarily and economically in other countries uninvited what the hell will?

*al Qaeda, Taliban and Daesh (Islamic State, ISIL, ISIS, IS) are terrorist organisations banned in Russia and many other countries.