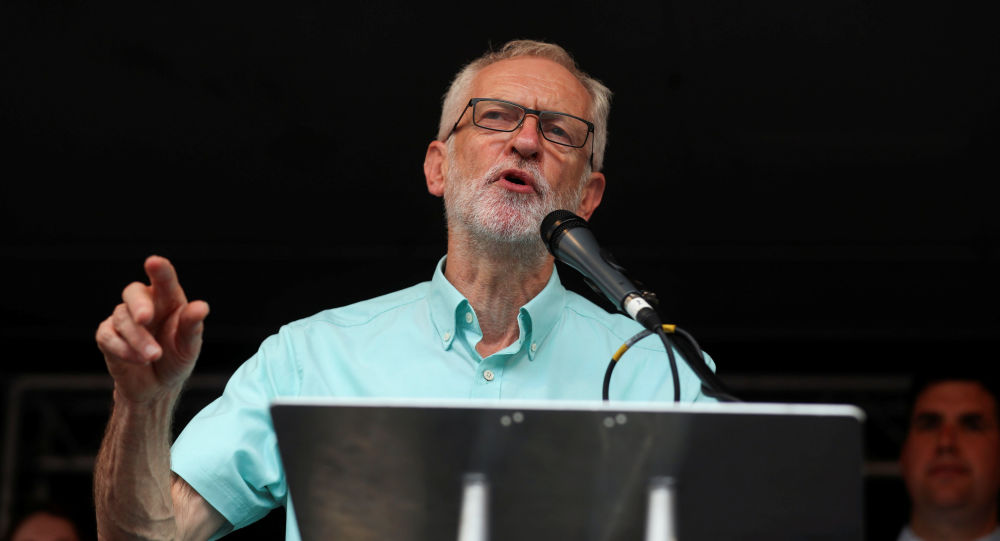 Love him or loathe him, you have to admit new UK PM Boris Johnson has hit the ground running. The latest opinion polls show the Tories, who fared so disastrously in the European elections just two months ago, are between one and ten points ahead of Labour.

While all new PMs enjoy a ’bounce’ in the ratings, there are reasons to believe that the upbeat and enthusiastic Boris Johnson will prove to be a formidable opponent for Labour, who urgently need to rethink their strategy on how to deal with a re-energised Tory Party. Certainly just labelling Johnson a "fascist/racist" and/or "a clown" presiding over "the most hard-right government the UK has ever had" isn’t going to be enough. In fact, such tactics from the left could well prove to be counter-productive.

The problem for Labour is this. If it tries to bring down Johnson’s government before it has delivered Brexit, it is likely to pay a heavy price in a subsequent general election. According to a ComRes poll in the Sunday Express, 72% of voters believe that the new PM should be given a ‘proper chance’ to take the UK out of the EU without Parliamentary interference. Most interesting of all nearly half (49%) of the voters who voted Labour in 2017 agreed.

Labour leader Jeremy Corbyn got some flak from ‘centrists’ for not supporting Lib Dem leader Jo Swinson’s vote of no confidence last week in Parliament but it was surely the right thing to do.

There are still  though many dangers ahead. If Labour continues with its complete rejection of even making preparations for a No Deal Brexit- and insisting that any improved deal Johnson is able to get from the EU has to go before a new public vote, (even if it’s a good one), they will be seen by voters as trying to subvert Brexit.

The best strategy for the party, especially considering that most of the key Tory-held marginals in the Midlands and the North that they have to win to form a government were strong Leave voting areas in 2016, is to say that they will back Johnson’s attempts to implement Brexit without a fresh public vote, so long as he explicitly rules out the NHS being part of any future trade deal with the US.

That is a line that would get public approval.

If Labour does that, and withdrawal from the EU does go through, then in any subsequent ’Khaki’ election, Johnson won’t be able to claim Labour were ‘Brexit blockers’. Why give Boris an open goal?

There’s no doubt that Johnson sees himself as the new Winston Churchill- and just about the only thing he‘s lacking at the moment in his Winnie impression is a big cigar. In my last Sputnik column, I noted the extraordinary parallels between Johnson’s accession and the accession of Churchill to the highest office in the land in May 1940.

As in 1940, Johnson inherited a demoralised Conservative party, taking over from a leader widely regarded as weak. But already, after Bojo’s been less than seven days in office, the Tories have a new spring in their step. Johnson’s first speech outside No 10 Downing Street was impressive, and better than anything Theresa May delivered in her three years, while his ruthlessness in dealing with potential rivals and opponents in the so-called ‘Night of the Blonde Knives’, contrasts sharply with the indulgence Corbyn has shown towards his. It beggars belief for instance that Corbyn hasn’t publicly called for one of his allies to challenge Tom Watson for  the deputy leadership. Following the 2017 general election when Jeremy defied all the ‘experts’ by leading Labour to its biggest increase in the share of the vote since 1945, he was in the perfect position to move swiftly and decisively against those who had been out to derail him. But he didn’t. His enemies regrouped and sensing weakness, launched fresh attacks against his leadership.

Corbyn said on television on Sunday that he is ready for a general election, but how can it result in a Corbyn-led transformative Labour government if so-called ’Bitterites’ in the PLP are not deselected?

Does anyone seriously think that these people would support Corbyn as Prime Minister, and back his programme?

For Corbyn to get to Downing Street, there must be de-selections PDQ and a constructive approach towards Brexit.

The third strand of the election-winning strategy is to stress- repeatedly- the policy areas where Labour has a lot more public support than the Tories.

Boris Johnson may be jolly good at flag-waving and Churchillian rhetoric but this neoliberal Thatcherite is not going to renationalise Britain’s rip-off railways, the buses, the water companies or energy suppliers, many of whom are in foreign hands. Labour’s support for public ownership is a vote winner and can also enable the party to present itself legitimately as the genuine patriotic force in British politics as public ownership means national ownership.

In fact, it’s on the issue of who owns what  that Boris Johnson’s Churchillian pretentions can be exposed. While depicted as a die-hard ‘right-winger’ Churchill supported a mixed-economy and as a government minister in the 1920s set up the government owned bookmaker the Tote, which was privatised by the Tories in 2011. If he were around today, I’m sure Churchill would be aghast at how much of Britain’s national infrastructure is owned abroad. But this point against Johnson needs to be made and it isn’t at present.

According to the ComRes poll, 64% agreed with the proposition that Boris Johnson would make a better Prime Minister than Jeremy Corbyn. Ironically that’s the same percentage which supported renationalising the railways in a June 2018 survey.

Faced now with a much more dynamic opponent than Theresa Maybot, Corbyn needs to up his game and regain the momentum he had in 2015 and 2017, but which he has lost by making too many concessions to those who really don't want change. It would be a great pity if the popular policies Labour has on public ownership are not implemented because of mistakes made in other areas.