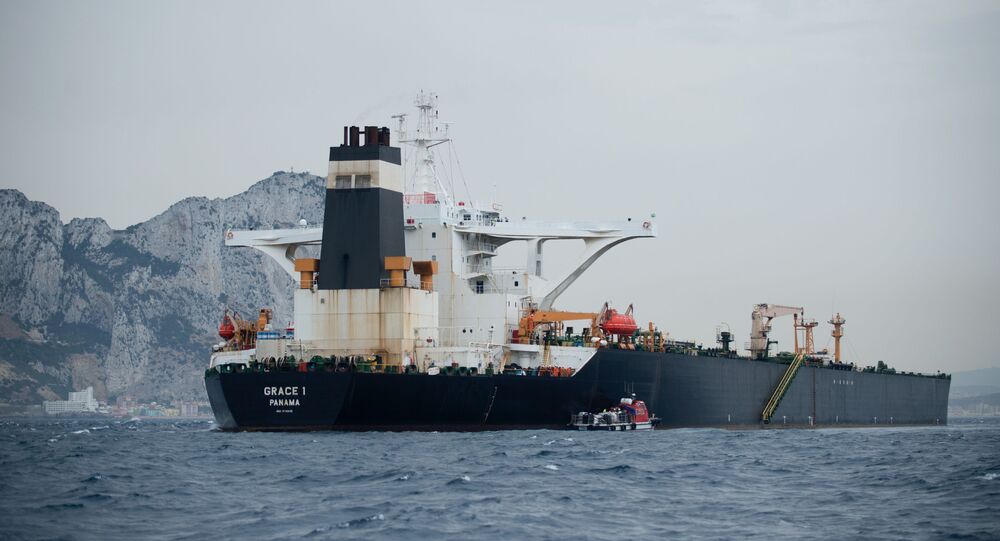 Hubris Before the Fall

Hubris is usually a forewarning of impending calamity. Extreme arrogance blinds the hubristic person to the limits of their power. So, blindly, they push on with reckless excess, leading to potentially disastrous results.

The US and Britain are exemplars of this kind of mad hubris in the present mounting tensions with Iran.

After Iran seized a British cargo ship this week in the Persian Gulf, Britain’s foreign secretary Jeremy Hunt condemned the Iranian action as “unacceptable” and warned that Tehran is “choosing a dangerous path”.

American President Donald Trump also rebuked Iran. “We have the greatest ships – the most deadly ships, we don’t want to have to use them,” he said to reporters Friday at the White House. “We hope for their [Iran’s] sake they don’t do anything foolish. If they do, they will pay a price like nobody’s ever paid.”

Britain is claiming that Iran’s impounding of a British-operated ship is unlawful and violates “freedom of navigation”. Iran said it seized the vessel after it collided with an Iranian fishing boat and disobeyed safety regulations for passing through the narrow Strait of Hormuz.

Whatever the exact circumstance are, London has very little legal or moral authority to remonstrate with Iran. Tehran says it is carrying out an investigation into the alleged infringement by the British ship. Iran has the sovereign right to do so.

As for the official British reaction, it smacks of downright hypocrisy. An Iranian oil tanker is currently detained in the British overseas territory of Gibraltar after Royal Marines boarded the vessel on July 4 and took it into custody over claims it was transporting oil to Syria – allegedly in breach of European Union sanctions on Damascus.

Iran slammed that British seizure as “piracy” and disputes the legality of Britain’s motives. There are good grounds to believe that Britain’s actions were conducted in league with Washington to deliberately aggravate Iran.

What’s good for the goose is good for the gander. If the British apply “laws” on alleged shipping transgressions by Iran, then Tehran has every right to do likewise on suspected British ships in or near its territorial waters in the Persian Gulf.

The arrogance of Britain and the US is astounding. Hypocrisy and double standards are tumbling over themselves.

Washington and London’s accusations that Iran is “escalating” tensions are an absurd inversion of reality. Iran’s foreign minister Mohammad Javad Zarif just this week requested the US to enter negotiations to resolve the stand-off – if Trump reciprocated by lifting harsh sanctions off Iran. You can’t get fairer than that.

Let’s recall the bigger picture. The dangerous situation has been created by Washington’s reprehensible tearing up last year of the international nuclear accord with Iran. Then in April, Trump reimposed crippling sanctions on Tehran driving the Iranian economy into even further turmoil. Such economic warfare is illegal under international law. It’s “economic terrorism”, as Iranian-American writer Soraya Sepahpour-Ulrich aptly puts it.

In May, the Trump administration shifted gear and embarked on a policy of what can only be called military aggression by sending warships and B-52 nuclear-capable bombers to the Persian Gulf, purportedly to “defend” against alleged – though unsubstantiated – Iranian security threats.

For the past two months there have been a series of sabotage incidents against commercial shipping which the US has blamed on Iran. Iran denies any involvement and has instead speculated that the incidents are being orchestrated by malign forces to incriminate Tehran.

The seizure of the Iranian oil tanker off Gibraltar earlier this month by British commandoes fits into the same pattern of deliberate provocation.

So when Britain’s Jeremy Hunt gets on his high horse of legal probity and righteousness, the hubris is way too much to stomach.

Washington and London have said in public that they don’t want a war with Iran. But all other signs suggest that war is something they are prepared to wage. Maybe they expect that the display of military power and bragging about it will be enough to make Iran cower and beg for mercy. That, in short, is state terrorism.

But Iran is nobody’s fool nor play thing, as its leaders have time and again warned. Tehran says that the US and Britain may start a war, but it will be Iran that “finishes it”.

There is no doubt Iran’s military defenses are formidable and its missiles could dispatch American and British warships to a watery grave.

Then we are in extremely red-alert geopolitical territory where military conflict could explode into a regional war and even world war. With the Americans and their British bulldog getting a bloody nose, the truly worrying thing is that their extreme arrogance will tempt them to salvage their disaster with the unthinkable – nuclear weapons.

Hubris before the fall could be a fall involving just the corrupt American and British rogue regimes. But awful to contemplate is the fall might also include vast numbers of innocent people, or even the planet as we know it.

One things seems irrefutable, however. The American and British criminal bullying towards Iran and the rest of the world has to stop. The world can no longer afford to tolerate their extreme lawlessness.