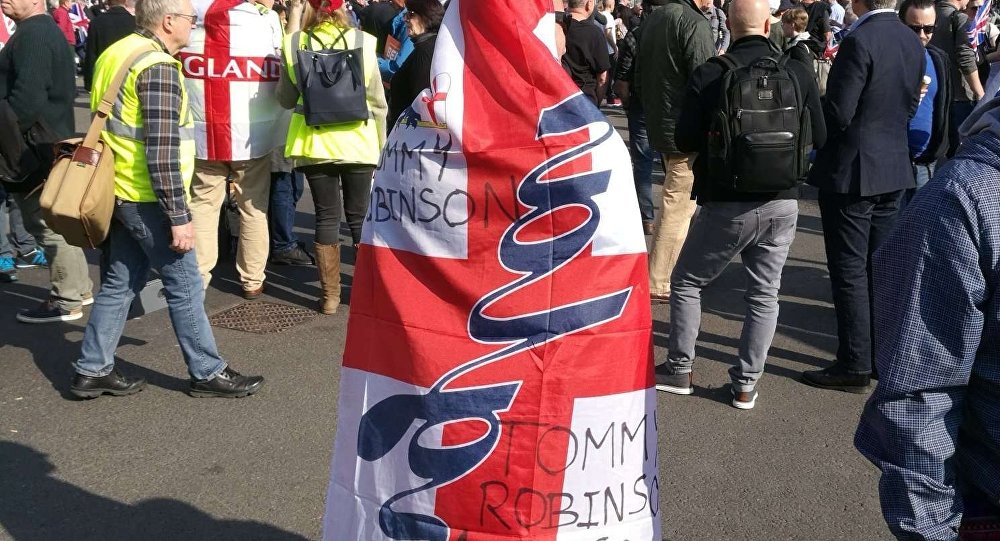 The Day Democracy Died in the UK

Serial failure Theresa May must now call the removal firm and start packing the tea chests as she is no longer fit to be the leader of our country. There is no way that this political limpet can cling on any longer. Her deal is dead and so is her political career. Go now, woman for God's sake!

Today was meant to be our day. Today was Independence Day. The day we had been fighting for but even more importantly the day we voted for over two years ago. It should have been a glorious day of celebration but instead, it is a day of subjugation and humiliation at the hands of the EU and the Establishment Elite.

However, today is the day that Democracy died in the UK.

I don't think any of the above is hyperbole. I believe it is the truth.

© REUTERS / Henry Nicholls
LIVE UPDATES: World Reacts as UK Lawmakers Reject Brexit Deal for Third Time
As leading Brexiteer, Bill Cash said this morning before the debate, "today's vote is about whether or not the British people will be governed, for the first time in their history — literally — by 27 other member states, by majority votes, and decisions there will be taken behind closed doors, without a transcript, and largely led by Germany and France."

I really did not want to write about Brexit again today but I had no choice as we are talking about the very future of our country being decided by just 650 people, the majority of whom have proved themselves to be totally untrustworthy and completely out of touch with the people.

I truly believe they have betrayed us and although I am pleased that Theresa May has lost we have still not been delivered our real Brexit. We are still be being betrayed by the self-serving pigs of Westminster.

Today, Theresa May, instead of using her usual mantra of no deal is better than a bad deal was offering half a deal. In an astonishing act of smoke and mirrors, she was trying to con the Commons but more importantly con the British people.

Make no mistake if the self-servers had voted for this then they would have been voting to give the EU 39 BILLION and still accepting the Irish backstop.

It was still Brexit in name only. Theresa May repeatedly said that the withdrawal agreement and the political declaration could not be split but that is exactly what she was trying to do.

Politicians who keep repeating the mantra that they voted for May's deal because they were respecting the wishes of the voters in the referendum are stinking hypocrites and liars as this lousy deal is nowhere near the Brexit we voted for.

I'm sorry I also do not buy the idea put forward by the likes of Ian Duncan Smith, Boris Johnson and Dominic Raab who said that they had to accept her deal even though they hated it. I say you should have found your bloody backbones and stuck to your principles and voted this miserable straitjacket of a deal down. You were clearly showing your true colours and putting your own careers ahead of your principles and ahead of the democratically voted for referendum result.

READ MORE: Boris and Mogg Have Shown Their True Colours

I am also sick to the back teeth of MSM commentators and politicians saying that Parliament will not accept no deal. I am really sorry to do the proverbial on their parade but it should never have been their decision. The people spoke on June 23 and it was agreed within Article 50 that if there was no deal by today, March 29, then we would leave on WTO terms and that should be the end of it.

I see the EU has jumped straight into the story with Tusk calling an emergency meeting on April 10. The EU now clearly think we could go on WTO terms on April 12 and I believe that is what most people, not just those demonstrating outside Westminster today, but also right across the country want.

Our servants are still believing that they can overrule us even though they are meant to work for us, we are supposed to be their Masters, not the other way around.

© REUTERS / Jason Lee
British Pound Falls 0.43% Against US Dollar in Wake of Brexit Deal Vote
Now the MSM is desperately trying to spin the idea that there should be a long extension, which of course would mean us taking part in EU elections which I confidently believe that Nigel Farage's new Brexit Party and UKIP will clean up in and return to Brussels and Strasbourg to cause mischief.

The MSM are continually using the cliched metaphor of today being, "the last roll of the dice for May and her deal" but she was really gambling with our future as an independent sovereign nation and I do not believe she had a right to do that.

We the people spoke on 23 June, 2016, and we gave a clear decision we wanted out. We do not want further humiliation as a Nation by Theresa May crawling back to the EU begging for a long delay, which no doubt she will attempt to do.

Why can't the politicians in the swamp wake up, smell the coffee and face the fact that the British people want out and we want out now?

If they don't believe us then they should give us a general election and we will show them in no uncertain terms how much we despise them and how much we now want to drain the swamp.

Enough is enough and I say, a plague on both their houses.