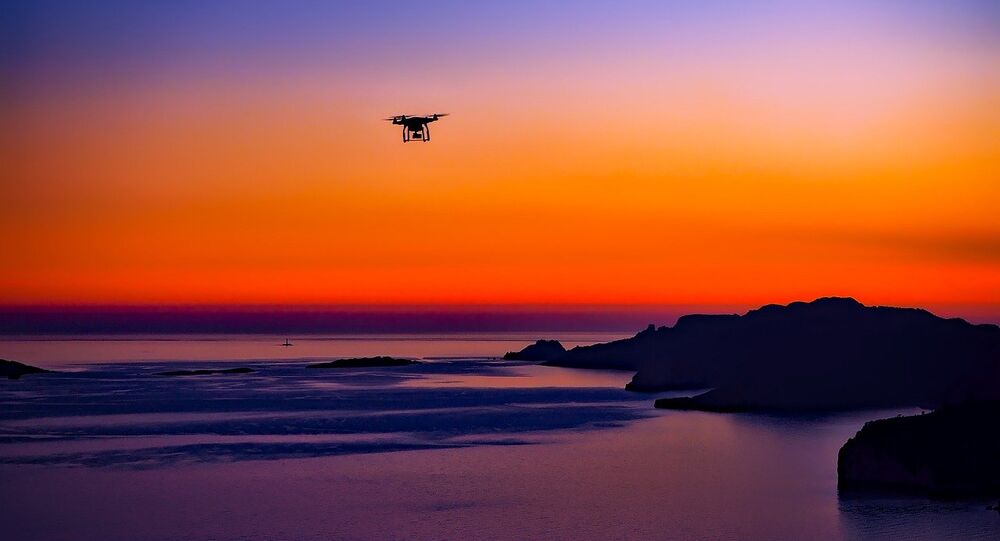 So, has hopeless, hapless, “rabbit caught in the headlights”, Transport Secretary, Chris Grayling resigned yet? How about the Chief Constable of Sussex Police or the head of the Keystone cops, Detective Chief superintendent Jason Tingley who led the drone Investigation?

Or what about Stewart Wingate, the CEO of Gatwick airport?

All of these incompetent buffoons, despite this season of goodwill, need to be unceremoniously sacked immediately as they have ruined the Christmas of at least 140 thousand people and made the UK the laughing stock of the world.

READ MORE: What is 'Drone Dome' That UK Could Have Used to Take Down Gatwick UAV

This is before we actually talk about the fact that two wholly innocent people have had 36 hours in police custody and their house ripped apart by blundering bobbies. This was despite the fact that the man's employer had phoned the cops and given them a complete alibi, telling them his employee was working in Kent during the alleged drone attacks.

As he says, "Obviously the police could have handled it better just by asking the who, when and where. The police have handled this absolutely appallingly, they really have."

Clearly Jason Tingley is not an Inspector Morse but more an Inspector Clouseau although of course that is unfair to…. Peter Sellars!

© AFP 2020 / BEN STANSALL
Air Traffic Control Fault Suspends Services at UK Birmingham Airport - Reports
For Tingley now to say there was "always a possibility that there may not have been any genuine drone activity in the first place because the police were relying on human sightings." Is beyond comedy and is frankly appalling.

He talks about the discovery of a damaged drone but just like all of the alleged drone attacks, we the public have not been shown pictures of it?

Experts say that they could get a lot of data from this machine! I don't know about you but I have had my fill of so-called experts on drones these past few days, haven't you?

Tingley is already getting his excuses in though, saying wet weather could have washed away any evidence on the drone! Haven't we heard that excuse before recently?

However, the bottom line is that it appears that no one in Sussex Police or at Gatwick or in the Government have actually thought about the possibility that drones could be used in this way.

So, clearly all of our airports could be under threat from either real drone attacks or false attacks.

As a result, no doubt every wannabee Jihadist nutjob has altered their list for Santa to include a drone from Amazon.

It took days for Gatwick to call in the military and evidently according to an "expert" this damaged drone they have found (no photo released) was probably brought down with the jamming equipment that they used which they had hired from a private contractor.

Is it too rude to ask why these bits of kit have not been routinely installed at every airport already?

We all have to go through the Terror PR exercise and nonsense of removing our belts and shoes and putting our liquids in plastic bags but they have not even secured the airspace? This is beyond pathetic and downright criminal and the CEO of Gatwick must go too.

I don't know about drones but Chris Grayling has acted like a robot during this crisis. He is beyond hopeless and inspires less confidence in a crisis than Corporal Jones in Dads army, "Don't panic Captain Mainwaring".

After the repeated cock ups on the railways and now this he must go and go now but with Theresa May's leadership so broken there is no way that she will boot out this incompetent fool.

There are rumours that it was Grayling personally who stalled on introducing robust polices and regulations on Drones near airports but to be frank we need to have thought about this years ago.

© AFP 2020 / NIKLAS HALLE'N
UK Economy Posts Solid Q3 GDP Growth Despite Brexit Uncertainty
If we can take out Jihadists in Afghanistan or Syria with a drone operated by someone in Norfolk why hasn't our government, in between the back slapping of killing Jihadi John, actually thought about what would happen with this technology if it was in the hands of our enemies?

This is why when General Richard Dannatt, former Chief of the General Staff, describes what happened at Gatwick as ‘a national embarrassment of near-biblical proportions' he is bang on the money and should be listened to.

However, even if these three gutless pathetic fools were to fall on their swords or be sacked the question still remains was there actually a drone attack at all? Was this just fake news?

Hundreds of thousands of people at the airport and no real photos or phone video of a drone flying?

On what evidence did they close the airport and ruin everyone's Christmas? Not much by the look of it.

What about the responsibility of the MSM who again fell for the Government story hook line and sinker even going so far to act almost as if they were the prosecution, jury and judge on the guilt of the couple who the cops arrested. Plastering their names and photos all over their front pages.

Whilst Kay Burley and the rest of the 24-hour news channels pontificated at Gatwick talking to experts on dodgy skype connections their attention was neatly diverted away from the constitutional crisis that Theresa May's lousy, dead in the water EU deal has created.

The only thing in all of this nonsense that I am surprised about is that our so-called Government have not yet blamed the Russians for the attack but I guess there is still time for that to come.