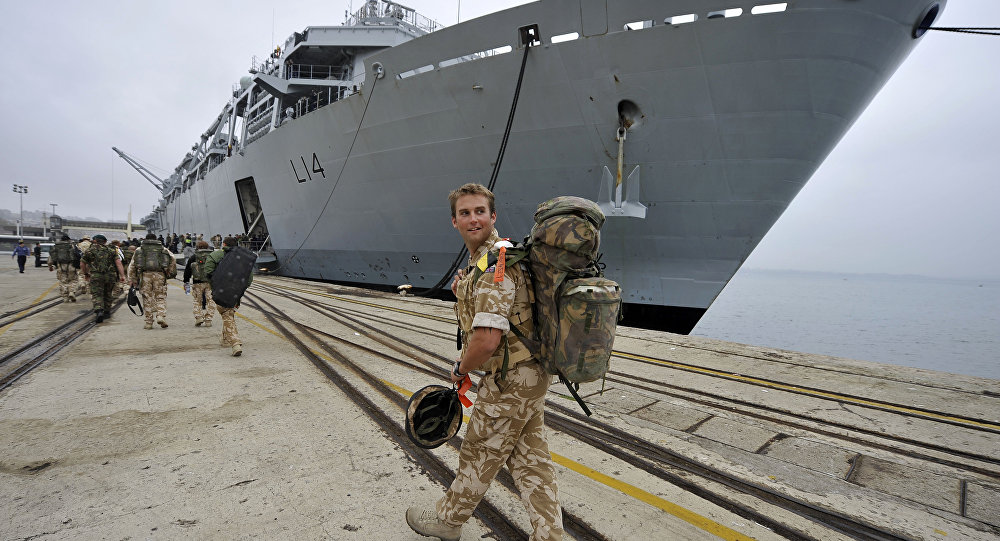 Coming Soon: The Charge of the Light Brigade, 2019 Version

Tony Richardson was the director of the 1968 anti-war classic ‘The Charge of the Light Brigade, which lampooned the Establishment Russophobia of the 1850s. The director of the new remake is one Gavin Willamson, UK Defence Secretary.

The former managing director of a fireplace manufacturing firm (Some Like it Hot?), said at the weekend that HMS Echo, a multi-role  Royal Navy survey ship (equipped with four general purpose machine guns, three miniguns, and two 20mm cannons),  which had been deployed to the Black Sea, would send a strong message to Russia. He promised British warships would follow.

He didn't say when the Light Brigade would be sent in, but the way things are going that can't be long neither. In November, he pledged additional British troops to Ukraine to defend ‘freedom and democracy'.

If we take out the words 'President Putin' and substitute 'The Tsar' it's a statement that could easily have been made by a jingoistic frock-coated British politician of the 1850s.

© AFP 2019 / ADAM JAN
UK to Send Marines, Warship to Ukraine for Sake of 'Democracy' - Reports
As some have pointed out it would have been cheaper if Williamson had sent his ‘strong message' to Putin by email or via a Tweet, but he prefers gunboat diplomacy. At a time when public libraries are closing at home, and record numbers are sleeping rough on the streets, it's good to know that the UK government does still have the dough to rattle its sabres. There's always money for neocon-approved causes, whatever else is cut.

'Solidarity with Ukraine' is the War Party's mantra, but the question that needs to be asked is: what is the British national interest here?

At least in the 1850s, the politicians could claim that they were trying to protect access to India — the jewel in the crown of the British Empire. The arguments for involvement in the first Crimean War were unconvincing- we can all remember the scene in the 1968 film when Lord Raglan, played by Johnny Gielgud, tries to convince the assembled generals- but they're even more so today.

Even if Russia did pose a 'threat' to Ukraine, and there's absolutely no evidence that it does (Crimea returned to Russia in a referendum following the Western-backed ouster of the democratically-elected government in Kiev), why should it concern Britain?

Ukraine is not even in NATO. Why should the lives of British service personnel be put at risk, and British taxpayers have to foot the bill, in order to ‘defend' a country with which we have no formal military alliance or strong historical ties?

Why are we provoking Russia by sending warships close to their territory?

Just imagine for a moment if the situation were reversed. If the Russian defence minister sent a Russian Navy multi-use survey ship to the English Channel and declared: "What we are saying to Britain, what we are saying to Prime Minister May — they cannot continue to act with no regard or care for international laws or international norms,".  He then added that Russian warships would be following to protect France from ‘UK aggression'.

© Sputnik / Mikhael Klimentyev
Russian Embassy Slams UK Over Warship's Ukraine Visit 'Sending Message' to Putin
It would quite rightly be regarded as utterly outrageous. Yet Britain's recent record in disregarding international law and international norms is much worse than Russia's- and I say that as a Brit who grew up reading the patriotic ‘Victor' comic and whose father and other family members served in the Armed Forces.

The bombing of Yugoslavia in 1999 did not have UNSC approval: neither, of course, did the Iraq War in 2003 which led to the deaths of 1m.

This is all conveniently forgotten when British ministers climb into the pulpit to admonish Moscow.

The 1968 version of the Charge of the Light Brigade ends with the high-ups all blaming each other for the disaster as the bodies of the dead and wounded soldiers lie on the ground. A higher percentage of British soldiers perished in the Crimean War of the 1850s than in World War One, many killed by diseases.

A new Crimean War in 2019 would be even more calamitous. It's easy to see how one could start if the Royal Navy get involved in a confrontation with Russian vessels in the Black Sea. President Trump would then be challenged by Rachel Maddow and co to prove he's not 'Putin's Puppet' by ordering US military action.

Almost one million perished first time around but that total could easily be surpassed in a new conflict because the participants will have nuclear weapons.

WHY are “we” getting involved?
Well, actually we know why. Nothing to do with a sudden affinity to Ukraine, more to do with continued anti — Russian agenda.
Outrageous- who is behind all this???

Rather than ‘defending' Ukraine, Britain is actually putting the country and the whole world in danger. It's in Ukraine's national interest to improve relations with Russia, and particularly to rebuild economic ties, but unfortunately, it's become a pawn in the new neocon ‘Great Game', which involves ‘punishing' Russia for daring to thwart regime-change plans for Syria.

British warships in the Black Sea will greatly increase tensions. Russia has already delivered an angry response. Bears can only take so much baiting.

Before he leads us all into the Valley of Death.