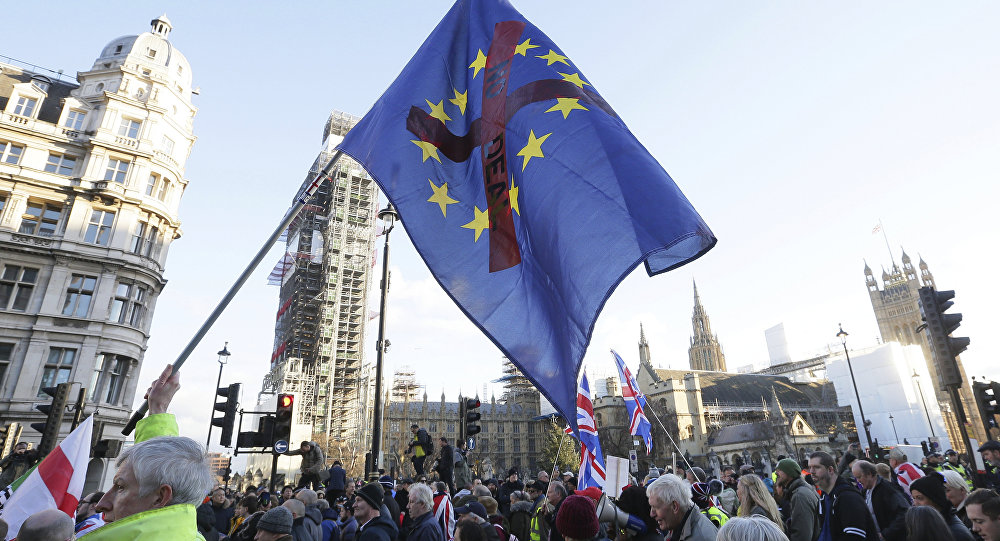 Brexit Fiasco Shows It's Right to be 'Saki' About UK Democracy

The great Edwardian comic writer H.H. Monro, aka ’Saki’, took quite a cynical view on politics and in particular the claim that having elected representatives deciding things in a national Parliament meant that a country was democratic.

If he were around today, he'd be watching the enormous and quite deliberate mess the political class are making of implementing the 2016 referendum result on leaving the EU, and saying to us with a wry smile on his face ‘I told you so!'.

‘The people of Britain are what is called a Democracy' said Moung Ka.

‘A Democracy?' questioned Moung Thwa. 'What is that?'

‘A Democracy', broke in Moung Shoogalay 'is a community that governs itself according to its own wishes and interests by electing accredited representatives who enact its laws and supervise and control their administration. Its aim and object is the government of the community in the interests of the community‘.

‘Then', said Moung Thwa, turning to his neighbour, ‘if the people of Britain are a Democracy..‘

‘Surely we both heard you! Exclaimed Moung Thwa.

‘Not correctly' said Moung Ka; ‘I said they are what is called a Democracy'.

Saki's short story ‘The Comments of Moung Ka' was written over a hundred years ago, but it remains stunningly relevant to what's going on in British politics in 2018.

The opinions of the British people are ignored because Britain is a Parliamentary democracy.

Reuters / Eddie Keogh
May Promises to Deliver the 'Brexit That People Voted For' After Surviving No Confidence Vote
That, when we strip it down to essentials, is what's been happening over Brexit. Whatever we think of the merits of leaving the EU, (and there are good arguments on either side), the result of the referendum of 23rd June 2016 was clear. The Leave side won. The government expressly promised ‘we will implement what you decide'.

It should have been the end of it but it wasn't. The problem, from the point of view of our MPs, is that the voters made the ‘wrong' decision. Our elected representatives aren't too keen on Brexit, so have been out to obstruct it, water it down, or block it all together. They are not carrying out what the public wanted, but what they want.

That is fundamentally undemocratic. Ah, I hear you say, but what about the calls for a ‘People's Vote?  Well, does anyone seriously doubt that if one is held and people opt for 'Brexit' again, we won‘t be told we need another one, and will have to keep on voting until we vote the ‘right' way?

Rather than enhancing democracy in Britain, Parliament actually curbs it.  MPs, because of their class and professional backgrounds, tend to be more supportive of neo-liberal globalisation than the public at large. They are also more ‘liberal' on social/cultural issues. They are more pro-EU. More pro-US, pro-Israel, pro-Saudi  and more anti-Russian. And more pro-war, as the last twenty years has shown.

© REUTERS / Stefan Wermuth
Former Mayor Candidate on Brexit Referendum: Those Who Lost Must Get Over That
One can think of numerous examples where the House of Commons has, to quote Saki, ‘shut its ears to what the people may wish'. Railway re-nationalisation- and the re-nationalisation of privatised utilities such as water in England, has been supported consistently by the majority of the public, fed up with rocketing bills and poor service, yet Parliamentarians — who can claim first-class rail fares on their expenses — keep the privatised system going.

Even when Parliament does condescend to listen to us peasants, the numbers don't reflect where public opinion is. In 2013 there was another push by the Endless War lobby to attack Syria. The public was strongly opposed- with opposition ranging between 70%-90%- and they bombarded MPs with letters and emails. MPs did vote against air strikes- but only narrowly, (the result was 285-272) and the neo-con 'liberal-interventionist' punditocracy were incandescent with rage that just for once, a vote had gone against them. If Parliament had been truly democratic though, the margin would have been much greater.

© AP Photo / Eric Vidal
No Mercy From Germany as Merkel Demands Orderly Brexit Despite Showdown in London
It's not just their class/educational and professional backgrounds which make MPs unrepresentative of the population they are supposed to serve. It's the role of lobby groups too. Special interest groups absolutely adore representative democracy because it's easier for them to exert influence than in a more direct model, involving frequent local and national referenda and/or People's Assemblies or Workers Councils.

The irony as ‘The Comments of Moung Ka' alludes to, is that governments which aren't regarded as ‘democratic' in the western sense, can actually be better listeners than ones which are. A benign ‘dictatorship' can sometimes give more to its people than a much-lauded representative ‘democracy', which holds regular 'free elections', does. Acknowledging this is to break a taboo.

Compare the experiences of people living in the Soviet Union/Russia in the 1980s with the 1990s, when ‘shock therapy', imported from the US, traumatised vast swathes of the population under the utterly corrupt ‘democrat‘ Boris Yeltsin. Even Joseph Stiglitz, the former Chief Economist of the World Bank, admitted in 2002: ‘For the majority of those living in the Soviet Union, economic life under capitalism has been even worse than the old communist leaders said it would be'.

READ MORE: 'There's No Majority for Any Brexit Deal' — Prof

© Sputnik / Алекс Макнотон
British Lawmakers Question Theresa May Amid Brexit Uncertainty (VIDEO)
If anything good can come of the Brexit car crash, it is that we start to end the fetishism of ‘Parliaments' and 'Parliamentary democracy' that so many across the political spectrum, indulge in.

The French Yellow Vest movement has already achieved far more for ordinary people after a couple of weeks of street protests, than talking heads in Parliament (which does, after all, come from the French verb 'parler',),  would have achieved in years.  Unsurprisingly Les Gilets Jaunes have been traduced by those who are terrified about real democracy- unfiltered, uncensored and raw- breaking out.

There are, it must be said, some very good MPs who do represent the public and listen to our views. But by and large, our ‘representatives' are there to ignore us, as Saki warned all those years ago.

The views and opinions expressed in this article are solely of the author and do not necessarily reflect those of Sputnik.