Pay the Teachers - Education Is Not Cheap But It Is Essential

How many of you have an inspirational teacher story? I predict almost everyone has at least one memory of something a teacher said to you which shaped your life positively. It stands to reason. Throughout our early formative years Nursery teachers try and teach us essential cognitive skills.

From 5 to 12 we have Primary School teachers who are entrusted with the vital tasks of teaching us to write, to count, to read and to work with others and behave appropriately.

Children at the age of 5 tend to be wee empty vessels introduced to a new world of classrooms, strange adults and lots of similar sized wee people equally puzzled by their new surroundings for several hours of the day. Primary school teachers assume the incredibly important task of trying to teach these children the life skills upon which their whole futures will rely.

Then at the age of 12, after hopefully mastering the basic skills of numeracy and literacy, the fate and futures of our children are passed into the hands of Secondary School teachers. Dealing with the transition of young boys anxious to be men and young girls coping with the pressures of adolescence is challenging enough. However these teachers have to cope with those challenges while also introducing new fields of knowledge like science, languages and social studies. These can be difficult and complex areas while the core subjects like Maths and English become tougher. Often it is an achievement for teachers to control the ever larger class sizes they face let alone teach the respective subjects. 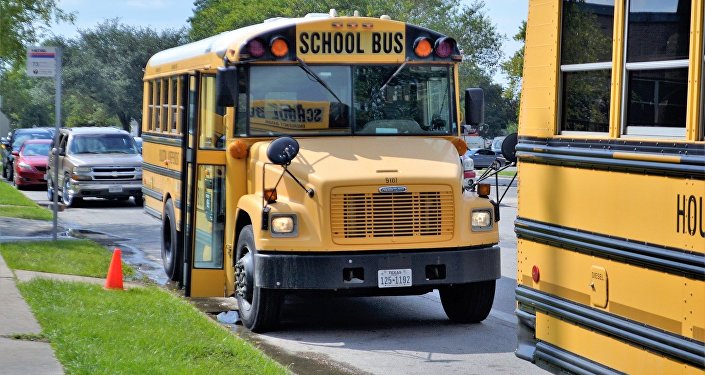 © CC0
US School Launches Investigation After Prom Photo Showing Mass Nazi Salute
Two nights ago my wife and I returned to our old school. It was where we first met and flirted with one and other. Gail was always out of my league at school but somehow I entrapped her with my charm in later years. We competed in our Modern Studies class and it still irks me to this day that she secured an A Band One Higher compared to my inferior A Band Two. I'm sure she cheated somehow.

The reason we returned to Lourdes Secondary on Glasgow's Southside was to attend our daughter's Parent's Night. She is in 2nd year and fortunately appears to be doing well and encountering overwhelmingly positive experiences. We spoke with her Maths, English, French, Drama, Music, Science, Business Studies, Social Studies, Computer Studies and Physical Education teachers. Their glowing assessment of our 13 year old filled us with pride and joy but the experience reminded us acutely of how much we rely on, trust and value her teachers. We respect their skills and admire their commitment to teaching our child and the thousands of others who enter their classrooms. We recall regularly and with affection how positively our teachers influenced us. Yet those teachers and their colleagues throughout Scotland are currently embroiled in a pay and conditions dispute which threatens to get very messy.

Uniquely Scotland's main education trade unions are Scottish, the Educational Institute of Scotland (EIS) and the Scottish Secondary Teachers Association (SSTA). This reflects Scotland's distinctive education system which is world renowned and recognised for the positive outcomes it produces. Societies will thrive or stagnate depending on the quality of their education systems. Genuinely inclusive, well-resourced and valued education systems are at the very heart of any modern and successful nation. The Scottish National Party has been in power, via minority or majority administrations, since 2007. They have always named education as their key priority. They see the intrinsic value of education but also the long term benefits of a better educated country in terms of economic and social progress.

However their verbal commitments to educational excellence and expansion are in danger of amounting to hot air unless they are willing to meet the reasonable demands of the teaching unions for a real and meaningful wage increase. On the same evening that Gail and I visited our daughters' school the 3% wage offer put on the table by the Scottish Government and the Local Authority Employers' body, COSLA, was rejected by the teachers in an incredibly engaging ballot. In both the EIS and SSTA almost three quarters of the membership participated in the ballot and an incredible 98% of EIS members rejected the offer and 97% of SSTA members did likewise. Those are unprecedented turnouts and rejections and should serve as a wakeup call to the Scottish Government.

Last month a massive march in excess of 30,000 took to the streets of Glasgow in support of the teachers' pay claim. That turnout and the turnout in the pay ballot and almost universal rejection of it reflect the seething anger and discontent which exists right now amongst Scotland's undervalued teachers.

Ooft. The banners are on point at @EISUnion rally in Glasgow today.

Scotland’s teachers are not impressed with @NicolaSturgeon and @JohnSwinney by the looks of it. Is education still priority for @theSNP? 🤔

The EIS launched their ‘Value Education Value Teachers' campaign in January this year. Drawing on detailed independent research they highlighted the fact teachers have suffered a real terms fall in salary levels of some 24% over the last ten years. The combination of Local Authority wage freezes in successive years and pension contribution increases have saw the value of a teachers' salary fall significantly below other professions across Scotland. However the salary decline has coincided with radical changes in curriculum and the qualifications system resulting in increased workloads for already hard pressed teachers. The result has been a double-whammy of teacher shortages, as the profession becomes less attractive, and an exodus of current teachers disillusioned with the profession, according to research from Bath University 40% of teachers are considering leaving.

Of course pay is not everything within professions but increasingly the young, talented and motivated graduates who would have in the past chosen teaching as a profession are deciding to opt for something else. That is a loss for Scotland and causing problems in schools everywhere now, rural and urban, and in core subjects. If it is not fundamentally addressed it will accelerate from a problem to a crisis.

The EIS faced with research highlighting a 24% real terms drop in salary levels would have been justified in submitting a 20% plus wage claim. The fact their claim is half that amount at 10% shows their willingness to compromise but they simply cannot accept a deal any lower than that figure. After studying for 4 or 5 years at university a probationary teacher is paid £22,866. That is less than the average salary in Scotland last year of £23,150. If successful in their probation year and offered a full time or supply post a teacher will then be paid £27,438. However progression from that salary takes many years and the very top of the six point scale for teachers on the Nursery, Special, Primary and Secondary schools is £36,480. That can take over a decade to reach and is significantly less than comparable professionals in colleges and social work departments.

I remember reading a placard many years ago on a demonstration against education cuts which read, ‘If You Think Education Is Expensive Try Ignorance'. In a similar vein the Scottish Government and COSLA simply have to find the resources to properly fund teacher's salaries. We cannot deliver a first class education system on the back of 2nd class salaries. Teachers are understandably unimpressed by MSPs on salaries of £62,000 and extremely generous travel and staff allowances packages suggesting a 10% pay increase is unaffordable. While the chief executives within Scotland's Local Authorities on salaries in excess of £100,000 have steadily risen over the last decade  as teachers' real term wages have plummeted so it's about time they earned their exorbitant wage packets by finding a way to finance the 10% deal.

Clearly wage levels generally are woefully inadequate across many sectors, particularly within caring jobs. A radical overhaul is required. The Scottish Government should be applauded for its Living Wage campaign and the commitment to refuse public contracts to any employer not willing to pay the Living Wage. Such initiatives are very welcome.

Increasingly however the policy of passing on austerity cuts from Westminster will blow up in the faces of the Scottish Government. Rational and sensible people recognise the austerity of the last 10 years has been Tory made and implemented to impoverish the majority while further enriching the minority at the top. That's what Tories do. 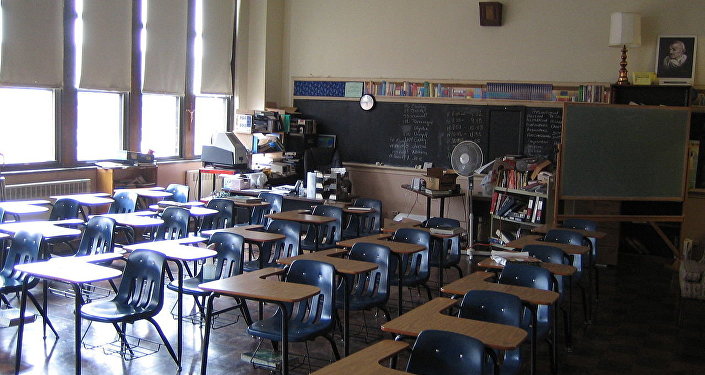 © CC0
'You're a Terrorist': 10-Year-Old Muslim Girl Receives Death Threat at School
They are a cold, cruel and callous bunch who inflicts pain on the weakest and most vulnerable in society with oblivion. I despise them and all they stand for. But what is needed now more than ever is defiance of the cuts not compliance with them.

The SNP Government has to stand up for Scotland's teachers and fight for more finance from this rotten Tory Government or accelerate the process of departure from the unequal and unfair union which holds back our hopes and aspirations in every walk of life.

Teaching is a noble profession. Those who enter it are shouldering an incredibly important responsibility. They have the destinies of our children in their hands. That is an incredibly important job. It must attract a decent salary commensurate with the multiple tasks involved. Properly paying our teachers is not just about valuing them it is about valuing our children and trying to ensure all the latent talents and abilities they have are nurtured and encouraged.

Paying our teachers properly now is a necessary investment in the teachers, doctors, engineers, nurses, firefighters and scientists of the future. A 10% increase is justified and necessary.