This is the weekend we remember, or at least are meant to remember, the millions of war dead. Never again? Not if the war hawks get their way. It’s always good to remind ourselves at this time of year what armed conflict entails.

So here’s my list of ten must-watch anti-war/war films. Do you agree with my selections? You can leave your lists in the comment sections below. 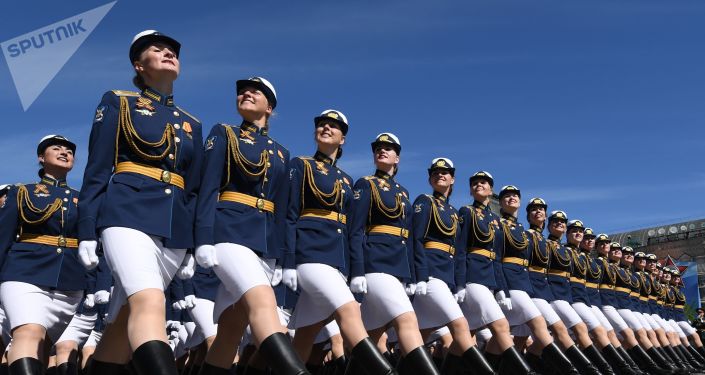 © Sputnik / Grigoriy Sisoev
Moscow's 2018 Victory Day Military Parade in Photos
21
'The Russians!' 'The Russians!' 'The Russians!'  Tony Richardson's magnum opus, with its wonderful animated sequences by Richard Williams,  brilliantly lampoons the British Establishment Russophobia of the 1850s which led to a war in which a higher percentage of British soldiers lost their lives than in the First World War.

Richardson targets not just the egocentric and incompetent military high-ups but the press too — and in particular The Times newspaper — for their role in whipping up war fever.

Based on Erich Maria Remarque's great anti-war novel, this classic black-and-white film tells the story of young Germans who are encouraged to enlist and fight for ‘The Fatherland' in the First World War by their ultra-nationalistic school master Kantorek. In one of the film's most powerful scenes Paul Baumer comes back from the front, having experienced at first hand the horrors of war and visits his old school. Kantorek asks him to speak to the pupils about life in the trenches, expecting to hear tales of glory, but Paul doesn't want to tell lies.

"We fight, we try not to be killed, sometimes we are. That's all," Paul says. Kantorek is disappointed, but Paul snaps back. "I've been there, I know what it's like.. There are millions out there dying for their countries and what good is it?" He then turns to the class: "He (Kantorek) tells you 'Go out and die'. Oh, but if you pardon me, it's easier to say 'Go out and die' than it is to do it".

Another Sixties classic, Soviet director Sergei Bondarchuk's magnificent work- the definitive version of Count Leo Tolstoy's famous novel about Napoleon's invasion of Russia, won the Oscar for Best Foreign Film. You'll need a whole day to watch it as the full version, broken into four parts, is over seven hours long, though there is a shorter version that is 'only' 373 minutes.  But whichever you chose, your time will be well spent. They simply don't make films like this anymore. 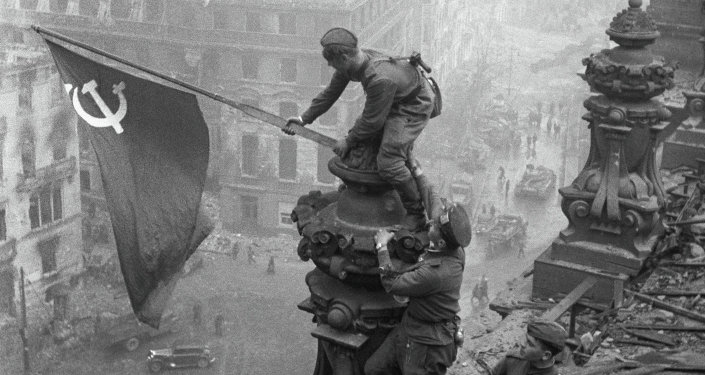 © Sputnik / Vladimir Grebnev
Russian Envoy to US: True Memories of WWII Would Be Passed to Future Generations
If you just read the neocon version of history, you'd never know that up to 27m citizens of the Soviet Union died in World War Two aka The Great Patriotic War. This beautiful Mosfilm production, with a haunting soundtrack, tells of a young Russian soldier, Private Alyosha Skvortsov, who is offered a medal after single-handedly destroying two German tanks. Instead, he asks for six days leave so he can go home to see his mother and repair the leaking roof of their home.

On his journey through the war-ravaged Soviet Union, he meets a young girl on a train and falls in love. American actor Michael Douglas, who has Russian heritage,  chose this as his favourite film of all time. He has very good taste.  If the ending doesn't move you to tears, nothing will.

This gripping and very realistic West German production (also made into a tv series) about the adventures of a U-Boat crew is a reminder that there was great bravery on all sides in World War Two. The ending is absolutely shattering.

© CC0
Doomed By History Unless…
An underrated Lewis Gilbert film which tells the story of the plot to assassinate top Nazi Reinhard Heydrich,  the acting Reichsprotektor of occupied Bohemia and Moravia. The climax takes place in an Eastern Orthodox Church in Prague, where the assassins take refuge.

The film, which eschews mawkish sentimentality and is all the better for it, reminds us of the brutality of Nazi rule in occupied central and eastern Europe and the incredible courage of the Resistance.

A WW2 whodunnit set in Nazi-occupied Europe, this film is rarely shown on television networks, which is a great pity as it's absolutely terrific. Omar Sharif, playing a Major in German military intelligence, sets out to find the murderer of a prostitute- who evidence points to being one of three German generals. But which one?. In one scene he is discussing the case- and his suspicions with Inspector Morand in Paris. ‘But, murder is the occupation of Generals', Morand tells him.

To which Major Grau replies: "Then let us say what is admirable on the large scale is monstrous on the small. Since we must give medals to mass murderers, why not give justice to the small… entrepreneur."

What makes this film so special is its nuanced portrayal of the Nazi administration. There were sadists in top positions but also others who didn't like what was going on and others who simply would have fitted in with any system.

© Sputnik / Evgenia Filimianova
London Marks World War II Victory Day With Immortal Regiment March
Too many of today's films signpost. We know who the goodies and baddies are pretty quickly and how the plot will develop. But The Caine Mutiny, a US naval drama, directed by Edward Dmytryk, doesn't do any of this. It's a reminder of the time when Hollywood made films with a high level of emotional intelligence.  View it, and you'll realise that sometimes it's not just your enemies you have to worry about- it's also those who you think are your allies.

This perennial favourite — about Allied POWs plotting to escape from a Luftwaffe-run prison camp, has a relatively light-hearted tone throughout most of the film, which makes its ending all the more devastating.   If you've never seen it, then you've never been to Britain on a wet Bank Holiday Monday.

Scripted by Terence Rattigan and Anatole de Grunwald, and directed by Anthony Asquith,  this 'flashback' British gem tells the story of an airfield in World War Two and the pilots who operated from it. It has one of the best opening scenes of any film you'll ever see.

READ MORE: Then They Came for Disney: Feminists Set Their Sights on Classic Animated Films

© Sputnik /
Indian MP in Hitler Outfit Warns Modi Against Following Nazi Way, Shocks Public
Years later Corin Redgrave- whose father Michael starred in the film, revealed that people still recited the poem 'Johnny in the Clouds‘ to him. Corin himself starred in Tony Richardson's The Charge of the Light Brigade —which brings us nicely back to our first choice.