The UK Sun published a scandalous report alleging that Russia is trying to turn Libya into a “new Syria”, but objectively speaking and overlooking the unverified claims made in the piece, it wouldn’t be a bad thing if Moscow tried.

Libya's been thrust front and center into the news this week but not for anything having to directly do with the legacy of the country's Western-initiated collapse seven years ago. Instead of paying attention to the militia violence that's beset the capital of Tripoli over the past few weeks, the UK Sun decided to publish a scandalous report alleging that Russia is trying to turn Libya into a "new Syria" through the covert deployment of its military to Tobruk and Benghazi under the disguise of Wagner mercenaries. It also purported that Moscow has dispatched Kalibr cruise missiles and the S-300 anti-air systems to that part of the war-torn country in order to aid Halifa Khaftar, the leader of the internationally unrecognized "Libyan National Army" (LNA) and the most powerful of Libya's warlords. The whole point in doing so, the outlet claimed, is to establish a naval base there that would allow Russia to weaponize the flow of illegal sub-Saharan migration to Africa as a tool for blackmailing Europe.

According to unnamed British intelligence officials, this amounts to Russia turning Libya into a "new Syria".

It can't be known for certain whether Russia's geostrategic "balancing" act in Afro-Eurasia has indeed extended to Libya and taken on an indirect military manifestation, but it's unlikely that a British tabloid would beat even the US' own highly Russophobic "deep state" to the chase by being the first entity in the world to report on this unprecedented development, so most of The Sun's claims shouldn't be taken seriously.

It's unfathomable that Kalibr cruise missiles and S-300 anti-air systems would be deployed under Wagner's control to the deserts of eastern Libya in order to help Haftar without the whole world watching this game-changing development play out in real time, so while there might be a speculative inkling of truth to the mercenary angle of this story, the part about those Russian armaments is almost certainly false.

© Sputnik / Alexei Druzhinin
Ceuta Onslaught: How Gaddafi's Grim Prophecy for Europe is Coming True
So too, for that measure, is the claim that Russia wants to blackmail Europe with "Weapons of Mass Migration" when it's trying to counter this phenomenon in the Levant.

After all, it was Turkish President Erdogan and the Liberal-Globalists who unleashed the Mideast migrant wave and not Russia.

Having gotten that out of the way, it wouldn't hurt if Russia did indeed try to turn Libya into the "new Syria" because that would imply that Moscow is more actively getting involved in the country's anti-terrorist operations there, which it's possibly doing through arms shipments to Haftar's forces (though not of the Kalibr or S-300 variety). That's actually what this is all about anyhow, namely that the Western-backed and UN-recognized so-called "Government of National Accord" (GNA) has failed to functionally govern the country in any effective capacity and that Haftar's Russian-backed LNA has been much more successful in this respect. The GNA recently requested a UN intervention to quell the killings in Tripoli, so The Sun (or rather, it's UK and possibly NATO "deep state" partners) might have actually intended for its report to trigger a serious discussion about assembling another Western-led "coalition of the willing", albeit this time acting out of a sense of urgency in order to thwart Russia's plans.

READ MORE: US ‘Made Mistakes’ in Africa, Including Gaddafi’s Death — EU Parliament Head

Truth be told, it would actually be in the best interests of the Western public if Moscow's peacemaking initiatives in Libya succeeded. 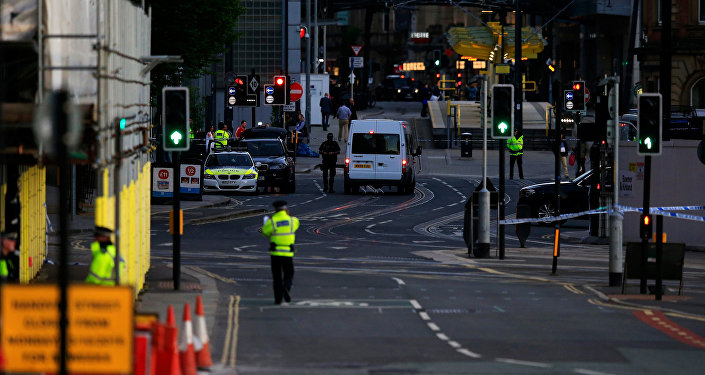 © REUTERS / Jon Super
Did British Gov't Assist Manchester Bombing Gang to Topple Gaddafi?
The GNA has been unable to stem the tide of illegal migrants crossing the Mediterranean to Europe, and it's only been through a combination of robust seafaring patrols and the no-nonsense steadfastness of the new Italian government that this has been halted somewhat. Terrorists have been known to infiltrate into Europe while pretending to be "refugees" or "economic migrants", so it's a pressing national security priority for the bloc to put an end to cross-Mediterranean human trafficking operations like how Haftar has more or less successfully done in the part of Libya under his control. The North African country would benefit from becoming the "new Syria" because central rule would be restored over most of its territory and its role as an exporter of security threats to Europe would largely cease. A UN-backed "political solution" involving all representatives of society could also prospectively be advanced too, just like in Syria, which could "legitimize" Haftar's stakeholder status in the country as he works towards ensuring its security.

Russia turning Libya into the "new Syria" would therefore be a win-win for everyone, but what the West doesn't like is that it would first and foremost be Russia's victory and not their own.