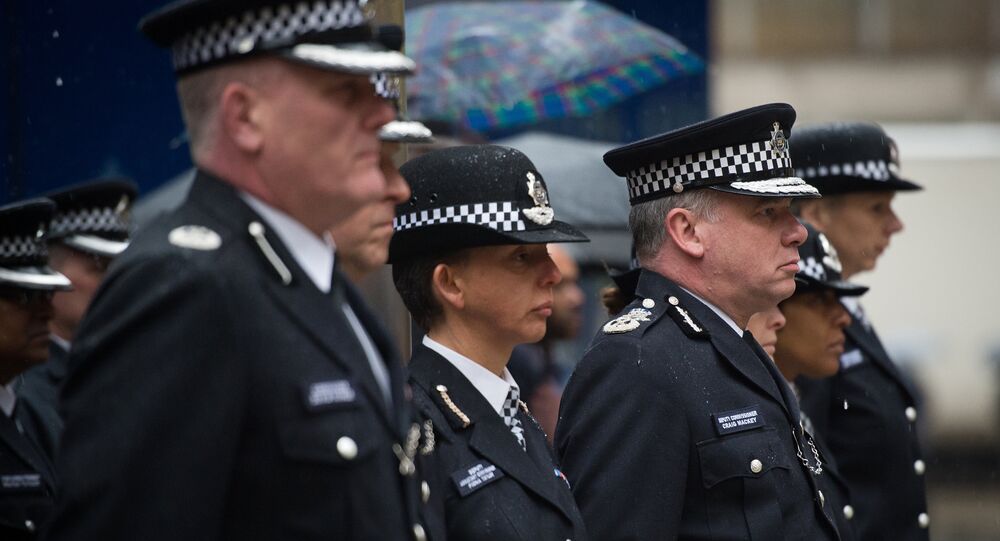 “Lions led by donkeys! Any real Cop would have got out and get involved, wouldn't they? My Dad a cop for 30 years would have called this a dereliction of duty or more likely cowardice. Would he have been correct?”

This was my tweet and Facebook post last night following the news that the acting Head of the Met Police locked his car doors and cowered in his motor as PC Keith Palmer was stabbed to death in front of his eyes in Westminster.

The response on social media was huge with many people calling Craig Mackey a coward and demanding that he not be allowed to retire with a huge pension and that he should also be stripped of his knighthood.

© CC0
If 2nd Brexit Referendum Takes Place, This is How It's Gonna Go Down
I was reminded of my Dad because towards the end of his police career I recalled him taking me back to the train station to go back to University. We were in a rush, I was late, he was late. We turned a corner and saw a guy lying on the floor clearly having been knocked off his bicycle. My dad swore threw his fag end out of the window and said, "f**king hell I will have to stop and help, now we will be late."

Not the words of a hero but the honest brutal words of a real copper. It was his duty to stop and help and take charge of the situation. The guy was okay, as it turned out, but that was the kind of battle-weary copper my old man was and so I wondered what this "Gene Hunt" style of cop would have made of Craig Mackey's actions or lack of actions.

© AFP 2020 / Andy Buchanan
No Doubt Sturgeon is Looking for Shifts in Opinion if There's No Brexit Deal - Prof.
Let's be fair though, how do any of us really know how we would react in that situation? Faced with a crazed knifeman which as Mackey described in the inquest as "The attacker had one of those looks where, if they get you in that look, they would be after you. The thing that still shakes me about the attack is that it was 80-plus seconds in total. It didn't feel like that, it felt an awfully long time."

It probably did feel like an awfully long time Craig but not as long as it will feel to PC Palmers wife and daughter. To be fair Mackey says his first reaction was to get out of the car but "I was in shirtsleeves, with no radio, I didn't know if the attack was ongoing… we had no protective equipment at all, no communications, we had been in a ministerial meeting."

From what I understand neither did PC Palmer [PC Palmer, according to the ongoing Inquest had body armour on — ed.note], as Khalid Masood in Mackey's own words and in clear site of him, from his chauffer driven car, was murdered by "two determined stab wounds". Masood had already murdered four others. As PC Palmer got back to his feet and staggered past Mackey's chauffer driven car it sped out of Westminster!

According to the Times newspaper, Hugo Keith, QC, for the Met, said: "It may seem obvious that had you not locked the car and had you got out, you would have presented yourself as a further target?"

"Yes, anyone who got in his way would have been a target," Sir Craig said. "Anyone who came up against that individual would have faced serious, serious injury if not death."

© Photo : Tommy Sheridan
Over 100,000 March in Edinburgh - There is an Appetite for Indyref2
I fully understand that and as I say I do not and I cannot possibly say how I would have reacted in this situation but that said I am not a trained Copper and indeed I am certainly not the UK's top cop as Mackey was at the time. If a constable had walked or sped away from the scene of this murder and mayhem would they have been knighted. Wasn't it, isn't it, always a coppers duty to get out and help a fellow officer who was being murdered in front of you?

It was ironic or sick, depending on your opinion, that the following day Mackey, flanked by Amber Rudd and Sadiq Khan stood outside Scotland Yard, and led the tributes and response to the attack. Mackey said "the police are the public and the public are the police" Really Craig? How are senior coppers the police and are senior cops the public?

READ MORE: Family of UK Cop Killed in Terror Attack Ask Why He Was Left With No Protection

© REUTERS / Toby Melville
Opportunity Knocks. Brexit Means Exit From the Abusive British Union
I am sorry but isn't a leader's job to lead from the front? Didn't any of the three in the car have a mobile? I understand that the other two in the car were not police officers but couldn't Mackey have told them to use their mobiles as he jumped out of the car to aid his officer?

Couldn't he have instructed the driver to use the car to ram Khalid and stop him in his tracks? After all that is becoming the weapon of choice of these murdering Jihadists!

Just by getting out of the car surely Mackey would have distracted Masood and given him two targets to concentrate on? Mackey must have known that armed officers were on their way in such a situation, he was a senior commander, in fact he was London's top cop at the time!

© REUTERS / Toby Melville
EU Won’t Bully Us With Economic Embargo Threats, Brexit Sec Confirms No Deal Preparation
At the previous inquest in to PC Palmers death a few days ago the coroner criticised the Met saying that PC Palmer may have been saved if armed officers were nearer the gates. He clearly blamed the Met for operational failings.

So how can you not be moved by PC Palmer's widow's words when she says, "How could Keith have been left alone, unarmed, guarding an open gate at one of the most iconic buildings in the world and one of the country's top terrorist targets? He was left at a vulnerable location, with no protection, to die. The fact there were no firearms officers there for nearly an hour is hard to believe."

However, this is the line that should focus Craig Mackey's thoughts today, "I truly believe that if they had been there he would still be here today and Amy wouldn't have lost her daddy."

© AP Photo / Peter Kemp
Family of Slain Undercover MI5 Agent Demand Authorities Hand Over Secret Diary
After this inquest Neil Basu the senior counter-terrorism officer for the UK said PC Palmer had "acted with tremendous bravery and heroism" during the attack, and added that "his courage will never be forgotten".

I wonder what Basu would say of Craig Mackey's actions on that day or would the Met just close ranks again as PC Palmer's wife, Michelle and family are already accusing them of?

It would be so refreshing after this terrible incident if Craig Mackey did the honourable thing and resign, gave back his knighthood and lose his pension but I doubt whether in today's PC Policing world that there is a cat in hells chance of that happening.