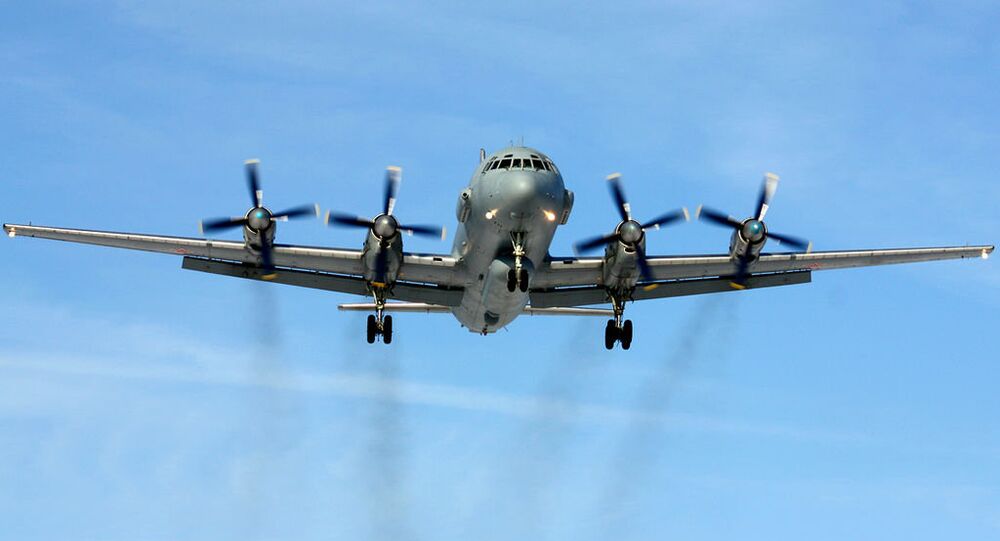 Blaming the Victim of Aggression

The tragic loss of a Russian military aircraft with 15 personnel onboard, off the Syrian coast, has to be seen in the context of the Arab country being attacked.

Attacked by the Israeli air force and facing an unprecedented buildup of NATO warships.

Yet, Syria – the victim of aggression – is the one being blamed.

What’s more, the Western news media are shamefully silent on condemning the aggression. Their silence is giving cover for further violence.

What exactly happened to the doomed Ilyushin IL-20 recon plane on Monday night is still being investigated. It appears to have been accidentally shot down by Syrian air defenses as it approached the Russian base at Hmeimim in northwest Syria.

Russia’s defense ministry blamed Israeli forces for putting the Il-20 in danger by flying four F-16 fighter jets in the vicinity, thereby possibly confusing Syrian radar signals to fire on an allied Russian plane. Was that a deliberate move by the Israelis?

But here’s the infuriating thing. Israel is saying that the “Assad regime” is fully to blame for the shoot-down of the Russian aircraft, adding that it “regrets” the loss of Russian lives.

© Photo : Wikipedia/Kirill Naumenko
Most Recent Cases of Plane and Helicopter Losses in Syria
Hold it a moment. How insulting is that? It is Israel and other NATO military forces that are attacking Syria in flagrant violation of international law. Syria is facing intensified aggression, and yet the aggressors are shifting their culpability to somehow impugn Damascus.

At around the time of the Russian plane disappearing from radar screens, air strikes were being conducted on the northwest city of Latakia, as well as the port city of Tartous, according to Syrian state media reports. It is not clear who was firing the missiles.

Israeli warplanes were active, but it could also have been American and other NATO forces.

Russia’s defense ministry claims that a French navy frigate was firing missiles at the time. It seems certain that, at the very least, the US would have approved the air strikes by the Israelis, if they carried them out. The suggestion is a concerted NATO-Israeli offensive.

Earlier, over the weekend, the Israelis carried out air strikes on Syria’s international airport in the capital, Damascus. Those strikes follow hundreds of similar attacks by the Israeli air force on Syrian territory over the past two years.

© AP Photo / Ariel Schalit, file
F-16s Were Already in Israeli Airspace When Syria Hit Russian Intel Aircraft - IDF
In the past week, NATO warships have converged in the East Mediterranean within striking distance of Syria. These vessels include US guided-missile destroyers, British nuclear submarines, as well as warships from France, Canada and Greece.

Russia’s President Vladimir Putin agreed this week to a deescalation deal with Turkish counterpart Recep Tayyip Erdogan over the situation in Syria’s northwest province of Idlib, which is the last-remaining stronghold for anti-government militants.

But it remains to be seen how viable or trustworthy the Turkish deal will be.

The signs are not good when NATO forces are building up relentlessly around Syrian territory. What is more, the NATO aggression is being carried out with impunity. Where are senior United Nations figures denouncing this aggression?

The pretext used by the US and its NATO partners of “protecting civilians” in Idlib from an offensive or from “the use of chemical weapons by the Syrian Army” is a risible charade. NATO’s aggression against Syria is to complete the criminal task of regime change against the Assad government which the NATO-backed terror proxies failed to achieve after nearly eight years of war on the country.

© AP Photo / Ariel Schalit
Israel Unlikely to Fly Freely Over Syria After Il-20 Incident - Ex-Official
In the south of Syria, US land forces are conducting live dire drills with  jihadists under their control, near al Tanf. In northeast Syria, US-backed Syrian Kurdish militants have recently carried out murderous attacks on the Syrian Army. The American presence in Syria is totally illegal, having been imposed without any mandate.

In the coming days it will be clear if the low-intensity aggression on Syria by NATO forces and their Israeli accomplice mounts into a full-fledged war on the country.

But it seems already clear that a US-led overt war on Syria is underway with aggression from different directions.

Given the combustible configuration of forces in Syria – with NATO, Israel and Saudi Arabia potentially pitted against Russia and Iran – the dangerous dynamic could explode into an all-out regional war, if not a world war.

The silence of the UN and the Western news media is shameful. The aggression being waged against Syria is transparent and totally unacceptable. What is particularly unacceptable is the way Syria and its sovereign right to defend its territory is being blamed. The victim is being vilified.

In this volatile, reckless situation, any incident could ignite a conflagration. The shooting down of the Russian Il-20 recon plane evinces the very real danger of that happening.

However, the responsibility for this criminal and potentially catastrophic situation lies with the US, and its NATO and regional partners which are pouring fuel on to a fire. A fire, it has to be said, that they already lit through stoking an illegal war for regime change in Syria.