How convenient! Just as President Donald Trump is about to hold an historic meeting with Russian leader Vladimir Putin, we get a reminder of a “dastardly Kremlin poison plot”.

Trump is due to meet with Putin in Helsinki on July 16 in a full summit, keenly anticipated as perhaps signaling a breakthrough for improved East-West relations. Some observers are even referring to the Helsinki conference as the political event of the year.

What is clear is that Trump's political enemies at home and abroad are acutely vexed by the possibility that the Helsinki meeting with Putin may succeed in repairing badly frayed relations between Washington and Moscow. Surprising as it may seem, there are huge vested interests in maintaining confrontation between the two powers. 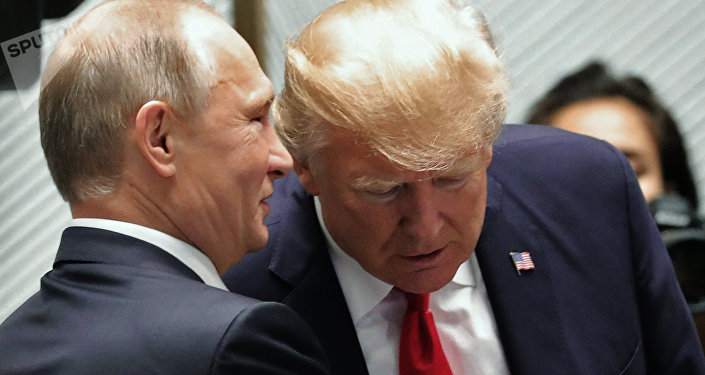 © Sputnik / Mikhael Klimentyev
Four Potential Spots Chosen for Putin-Trump Summit in Helsinki – Reports
The British political establishment, according to media reports, are particularly apprehensive that Trump and Putin might find a way to normalize bilateral relations. That would undermine the so-called, and much overblown, "special relationship" between the US and Britain.

European NATO acolytes who are meeting next week for an annual NATO summit are also unnerved by the prospect of American-Russian rapprochement. Think about the lucrative weapons contracts that will be jeopardized, as well as plush sinecures for NATO-aligned flunkies and think-tanks.

It is this geopolitical context and self-serving powerful interests which could likely explain the strange rebound of the "Skripal poison affair".

This week British police and dutiful news media reported that an ordinary male and female couple were found poisoned with "novichok" — the alleged deadly nerve agent which Britain's authorities earlier accused Russia of using to assassinate a former Russian spy and his daughter.

This story is so impossibly tall, it is bound to fall under its own distended weight of incredibility. That is, if we were to consider the story rationally. But being rational and critical is not what the British news media are generally about. Instead, they are about pushing state propaganda and sensationalism, and in particular the kind of propaganda to smear Russia with.

Exactly four months after British double-agent Sergei Skripal and his adult daughter Yulia were apparently struck down with a deadly toxin in the southern English town of Salisbury, now we are told that a male and female couple, in their mid-40s, have also been poisoned with the same substance — reportedly "novichok".

The latest alleged victims live in the nearby town of Amesbury — some 12 kilometers from Salisbury. British police are reported as saying that they don't know how the couple came into contact with the alleged nerve agent. But it is speculated they visited Salisbury over the weekend and the public park were the Skripals were said to have been poisoned back on March 4.

It is further speculated in the British media that the Amesbury pair may have unwittingly touched some discarded material which was used to deliver the novichok chemical allegedly used to target the Skripals.

Such a scenario defies belief. The statistical odds of such an encounter taking place are infinitesimal beyond words and numbers.

If novichok nerve agent had been used against the Skripals and traces were left at the Salisbury scene, why has no-one else suffered exposure — until now? Especially after British military teams spent weeks supposedly decontaminating the entire area. 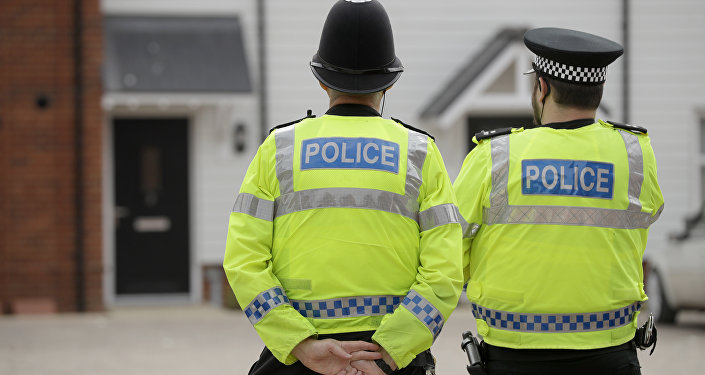 © AP Photo / Matt Dunham
The Curious Incident of Amesbury Pair Exactly 4 Months After Skripal Case Mooted on Twitter
The whole Skripal affair has the pungent whiff of a false-flag operation mounted by British state agents for the purpose of criminalizing Russia in the eyes of the world. Recall the unseemly rush to accuse Russia and President Putin personally for trying to assassinate the Skripals? That quickly led to Britain cajoling the US and European nations into expelling dozens of Russian diplomats.

In retrospect, the entire media circus orchestrated by Britain now seems embarrassing for lack of credibility. Its allies have been made a laughing stock, played by the likes of Britain's clownish foreign minister Boris Johnson.

No evidence has ever been presented by British authorities to support their sensational claims impugning Russia. The chemical identified as novichok allegedly administered to the Skripals relies on the non-independent claim made by British military intelligence. In violation of due legal process, Russia has never been permitted to assess the alleged evidence.

Furthermore, Sergei and Yulia Skripal have apparently made a full recovery from what was said in the media to be a fatal attack. Four months on, Russia has been denied consular contact with Yulia who is a Russian citizen. Her whereabouts and condition remain uncertain. Arguably, she is being held against her will by the British state in what is a travesty of international law.

Just when the Skripal affair is fading from public discourse due to a dearth of credible circumstances and any follow-up substantiation, along comes a timely reminder of the saga this week with the implausible poisoning of the couple from nearby Amesbury.

Over the next week as Trump travels to Europe to meet with other NATO leaders at the military alliance's annual summit, no doubt the news cycle will be dominated with renewed allegations of "dastardly Kremlin agents" using deadly nerve agents "on the streets of Britain".

Already, political enemies of Trump in the US and in Britain have been rebuking the president for going ahead with his summit with Putin on July 16. Trump has been upbraided for "talking with a dictator", and all sorts of other unhinged smears against Russia.

On one hand, it is understandable why the anti-Trump and anti-Russia brigade are in panic mode. The money-spinning militarism of NATO in Europe has relied on demonizing Russia as a mortal threat to the Western order. If Trump and Putin were to succeed in having a cordial engagement and delve into substantial issues, from Ukraine to Syria, from nuclear arms control to genuinely combating terrorism, then a lot of vested interests stand to lose out massively from such a normalized US-Russia relationship.

There is also not the small matter of the ongoing fantastic World Cup hosted by Russia. Russophobes have been left speechless by the wonderful games being played out across Russia — in complete negation of earlier pejorative claims. The rest of the world has admired the Russian hospitality and the high standard of sporting facilities.

It is against this backdrop that we might best understand the latest poison incident in England.

If someone wanted to sabotage the Trump-Putin summit and the recent glowing international image of Russia, then a reminder of the Skripal false-flag incident would be an opportune moment.

Consider it. If the poisoning of the Skripals were carried out in the first place by shadowy British state agents with the aim of blackening Russia — and they succeeded to a point in that aim with the international expulsion of Russian diplomats and the generally negative media coverage — then how easy it would be for these same agents to target another hapless couple this week.

And, of course, the supine British media give the ridiculous fable an important air of seriousness.

It's a quaint English "refresher course" in public "psy-ops" to revive the stereotype of Russian malfeasance. But more specifically, the aim is to poison the forthcoming Trump-Putin summit.