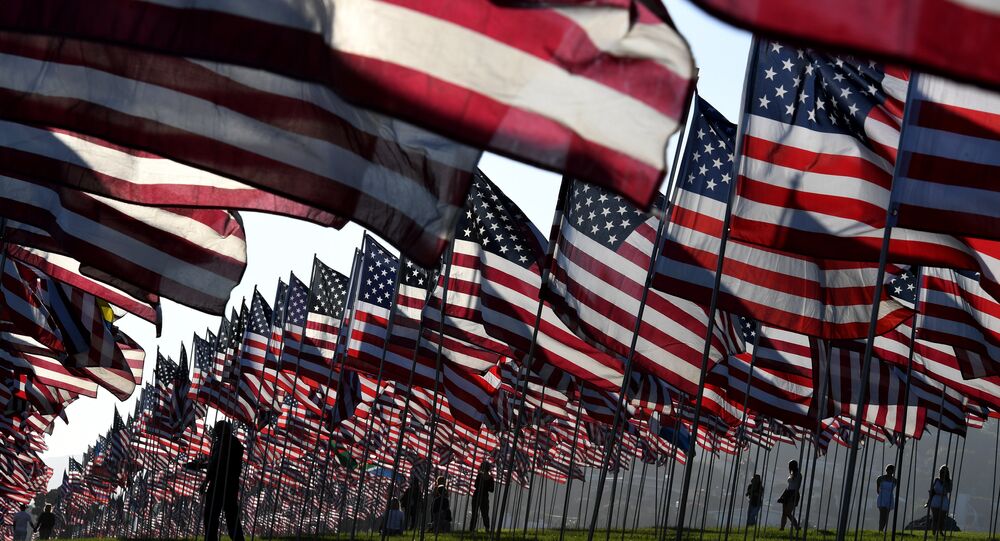 “The United States appear to be destined by Providence to plague America [the continent of] with misery in the name of liberty,” said the great 19th century Latin American emancipator, Simon Bolivar, in words that accurately describe the relationship between the US and Latin America to this day.

It is why the punitive treatment of migrants attempting to cross the border from Mexico into the US by the Trump administration constitutes a double injustice.

The first injustice is the role that Washington plays and has played in destabilising and impoverishing the economies of Latin American states over generations, while subverting and helping to bring down those governments south of the border which dare attempt to unshackle their countries from the chains of US imperialism, in process of which rampant crime, corruption and violence has prospered.

The second injustice is the dehumanisation and demonization that is meted out to the victims of the ensuing instability and social and economic dislocation wrought, when in a state of extremis they flee their homes for sanctuary across the border with their families. Under no moral code can the forced separation of children, including infants, from their parents be justified or defended — none whatsoever. This was reflected in the justifiable outcry unleashed in response, which eventually forced Trump to rescind the policy.

However, this being said, the nauseating hypocrisy of liberals excoriating the president over the policy of separating children at the border with Mexico has been near impossible to bear. The likes of Barack Obama and Hillary Clinton, people who when they were not responsible for the mass slaughter of children in the Middle East with their regime change wars, have, in the case of Clinton, supported mass incarceration in the US itself, involving the forced separation of families, such people have absolutely no right to take any moral high ground on this issue.

Whys and Wherefores of Mass Migration

Focusing in on the whys and wherefores of mass migration, it is incumbent on those who are serious about grasping the issue at its roots to identify its causes, rather than continue to deal with its symptoms, and thereby only succeed in creating more causes.

© AP Photo / Matt York
‘Release These Children’: Trump Guilty of Torture Says United Nations
In so doing we come to the role of US imperialism in sowing uneven and combined development throughout the Americas. Putting it another way, the development and wealth of the United States has been contingent on the under development and poverty of Latin America; the former impossible without the latter. As Uruguayan writer Eduardo Galeano points out in his classic work, 'Open Veins of Latin America':

Perhaps even more cogently, he writes that the "strength of the imperialist system as a whole rests on the inequality of its parts."

READ MORE: 'That's the Parents' Responsibility' — Pundit on Families Separated at US Border

No leader of a Latin or Central American country has defied and resisted the juggernaut of US imperialism more than Fidel Castro. Of the countless speeches he delivered during his time at the helm of Cuban politics and society, 'The Second Declaration of Havana' (1962), is among the most powerful:

"Since the end of World War II, the countries of Latin America have become more and more impoverished; their exports have less and less value, their imports cost more; the per capita income falls; the frightful rate of infant mortality does not decrease; the number of illiterates is higher; the people lack jobs, land, adequate housing, schools, hospitals, means of communication and means of life. Latin America, he goes on, is the provider of cheap raw materials, and the buyer of expensive finished articles."

Lest anyone allow themselves to believe that Castro's views of the relationship between North and South America in the early 1960s bear no relation to the same relationship today, consider, if you will, the plight of Honduras. According to Human Rights Watch, the Central American country in 2018 is plagued by violent crime, corruption, and political repression. Meanwhile, according to the World Banks, over 6o% of the country's people are living in poverty.

Honduran Coup and a Personal Confession

What should not be forgotten is that in 2009 the country's democratically elected leftist President, Manuel Zelaya, was toppled by the army in a coup that was sanctioned by the Honduran Supreme Court and supported by the Obama administration.

As Stephen Zunes reminds us in a 2016 article, "During his [Zelaya's] tenure, he raised the minimum wage and provided free school lunches, milk for young children, pensions for the elderly, and additional scholarships for students. He built new schools, subsidized public transportation, and even distributed energy-saving light bulbs.

Zunes goes on, "None of these were particularly radical moves, but it was nevertheless disturbing to the country's wealthy economic and military elites. More frightening was that Zelaya had sought to organize an assembly to replace the 1982 constitution written during the waning days of the U.S.-backed military dictator Policarpo Paz Garcia."

With this sorry fate to befall the country in mind, is it any accident that the number of illegal Honduran migrants into the US across the Mexican border has spiked in recent years?

© AFP 2020 / IAN LANGSTON
We Should Copy Trump on Migrants
At this juncture, I feel obliged to make a confession. Back in the early to mid 1990s, I myself was an illegal immigrant living the US. However unlike those crossing the border from Mexico, I was not fleeing natural disaster, grinding poverty, political repression or a society plagued by crime and violence. I instead had travelled to the US compelled to do so by nothing more than personal ambition, having succumbed to the myth of the American Dream, which as the saying goes is called a'‘dream' because you have to be asleep to believe it.

Anyway, I spent five years in LA as part of the British ex-pat community in Santa Monica, replete with its British pubs, shops, and all the rest, rubbing shoulders and working alongside many other Brits who were living there illegally, many of them having done so for a long time. I worked, paid tax, and was able to exist as if completely legal.

The difference of course boils down to the fact that I, and we, happened to be white Europeans, and thus accorded the unwritten but nonetheless obvious privileges white skin affords you in the land of the free.

And this, ultimately, brings us to the heart of the matter. Because America's problem is not immigration it is white supremacy. And whether conscious or unconscious, it matters not.

The result is the brutal treatment meted out to people of colour, migrant and non-migrant alike.

US Plans to House Migrants at Military Bases Amid Trump Crackdown

What Separates us is 6 Feet of Dirt: Mom Whose Son Was Killed by Illegal Migrant