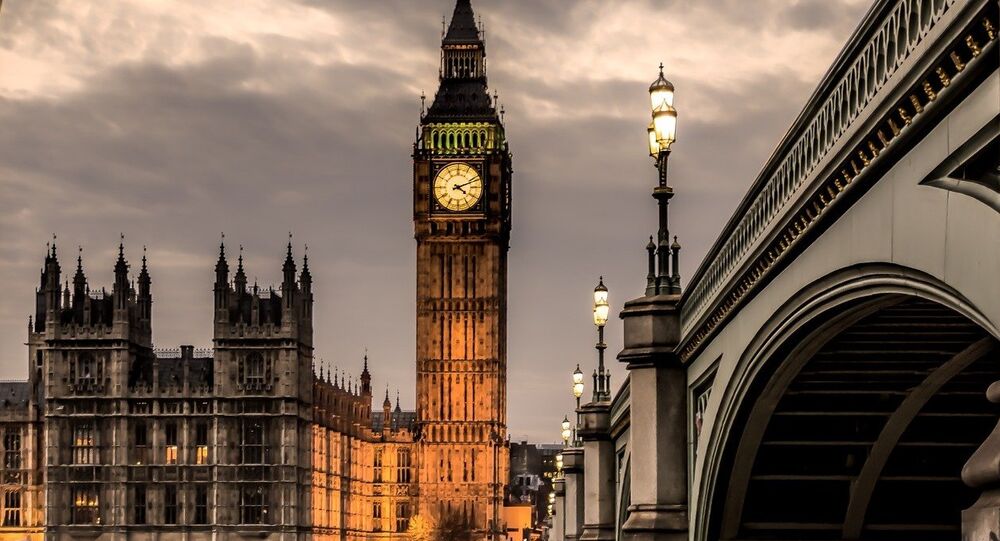 To have been in ‘democratic’ Britain for the past eight weeks has been quite an educational experience.

We've seen how the NeoCon Establishment works, how dissent is policed, and how 'gas-lighting' techniques are used to try and make us think we're going crazy for questioning the 'official narrative' — a narrative which we know just by employing simple logic, doesn't make sense.

Here's a list of the most important things we've learnt- that's if you weren't aware of them already.

1. The presumption of innocence doesn't apply to NeoCon targets.

© Sputnik / Nour Molhem
The Skripal and Douma Incidents Are Parts of One Plan to Bring Russia Down – Chemist
Innocent until proven guilty? Not if you're in the line of fire of the Endless War Lobby, comrade. Russia was accused of trying to poison the Skripals before a proper criminal investigation had even begun. The Syrian government was blamed for a chemical weapons attack, before we had independently verification that a chemical weapons attack had even taken place. The ‘Official Narrative' on both cases has unravelled spectacularly. No 'smoking gun' evidence of either Russian involvement in the Skripal case or of the Douma CW attack has been produced. On the contrary, witnesses testified last week at The Hague that the Douma attack didn't happen.

But we're  expected not to notice — as the news cycle — conveniently for the accusers- moves on to other stories.

Add Syria to the list of things that have disappeared from view recently. Anyone seen the Skripals? https://t.co/5a4Q7fHM0M

It was The Times which, on 14th March, falsely reported that 'almost 40' people had needed treatment in Salisbury, prompting Dr Stephen Davies, Comsultant in Emergency Medicine to write to the paper stating 'May I clarify that no patients have experienced symptoms of nerve agent poisoning in Salisbury and there have only ever been three patients with significant poisoning.'

I wonder why the spooks & their press secretaries kept pushing the Novichok story once Stephen Davies' letter appeared in The Times mid-march. pic.twitter.com/vBrbUIeQ0b

​It was The Times, which on the day the US/UK and France launched illegal attacks on Syria in response to the unverified chemical weapons attack at Douma, carried a front page attack on British academics who dare to challenge the War Party line on Syria. It was The Times which smeared other critics of western foreign policy as 'Russian trolls', including a peace campaigner from Finland who had been battling cancer.

Another person accused of being ‘Russian troll’ by Times newspaper for non-mainstream views: Another day, another troll accusation – Twitter user Citizen Halo has taken to social media to lash out at the MSM after a hit piece suggested that she was not… https://t.co/OQLxPKfwzl

​John Wight has called the Times, the in-house organ of the neocon Henry Jackson Society. Its days as Britain's respected newspaper of record have certainly long gone.

The Times smear piece of me claims I am a 'Russian troll' which I am not. But what I really am is a Nordic/Finnish leftie (in USA terms equals a "commie"), and I say: go for Jezza! 😁 https://t.co/pRPG4iJcny

​3. Britain is only what is called a 'Democracy'.

© REUTERS / Francois Lenoir
Labour Leader Under Fire From Party MPs for Stance on Skripal Poisoning
Just think back to that Parliamentary debate on 14th March. Labour leader Jeremy Corbyn was attacked from his own side, for his cautious approach towards the government's unproven claims about the Skripal case. To add insult to injury a number of Labour MPs then signed Early Day Motion 1071- which stated 'This House unequivocally accepts the Russian state's culpability for the poisoning of Yulia and Sergei Skripal'. Labour's Shadow Defence Secretary Nia Griffith showed her support for Theresa May by saying 'We very much accept what the Prime Minister said.'

Corbyn, coming under enormous Establishment pressure did buckle, saying the Russian authorities ‘needed to be held to account', even though later he still quite rightly insisted that 'absolute evidence' was needed.

In bombing Syria on 14th April, Theresa May not only refused to recall Parliament, she also ignored public opinion which showed only 20% in favour of air strikes.  In a genuine democracy that would have  ruled out action. But May treated public opinion with utter contempt. That wonderful passage from ‘The Comments of Moung Ka' by the Edwardian comic writer Saki springs readily to mind.

'The people of Britain are what is called a Democracy' said Moung Ka. ‘A Democracy?' questioned Moung Thwa. What is that?'

‘A Democracy' broke in Moung Shooglay eagerly, ‘is a community that governs itself according to its own wishes and  interests by electing accredited representatives who enact its laws and supervise and control their administration. It's aim and object is government of the community in the interests of the community'.

‘Then', said Moung Thwa, turning to his neighbour, ‘If the people of Britain are a Democracy-‘

‘Surely we both heard you!', exclaimed Moung Thwa.

‘Not correctly, said Moung Ka; ‘I said they are what is called a Democracy'.

The striking thing about the Skripal case and Syria bombings from a journalist's point of view has been the uniformity of the media coverage.

Right-wing papers like the Telegraph and liberal ones like The Guardian have taken exactly the same stance ie anti-Russian and anti-Syrian government. Whether its because of DSMA-Notices (see 6, below), or not, there's been no proper questioning of the UK government's claims about Salisbury — and not much on Syria either. Investigative journalism? What's that?

The mainstream media is actually less diverse in its opinions now (on the things that really matter) than at the time of the Iraq war where publications like the New Statesman (now a 'centrist' Blairite organ), spoke out strongly against intervention. If you want a different perspective on Skripals and Syria you have had to tune in to Russian media, such as Sputnik and RT, and that of course is threatened by the NeoCon Thought Police, who want everyone to be singing from the same pro-war hymn sheet.

5. The role of the security services in the promotion of 'official narratives' is very important.

Every time a wheel has come off the Skripal narrative, we've been fed information to bolster it from 'official sources'. After the head of Porton Down said that the  laboratory there was unable to confirm that the nerve agent allegedly used to poison the Skripals came from Russia, the line was pushed that ‘intelligence-led assessments' pointed to Russian guilt. Could we see these ‘assessments'? Of course not! We just have to believe that they're there. Then as the 'nerve agent placed on the door handle' theory began to gain a head of steam we were told that 'British Intelligence' had ‘evidence' that Russia had been testing the nerve agent on door handles prior to 3rd March. Could we see this ‘evidence'? No, of course not.

Alex Thomson of C4 News reported on 12th March that a ‘D-Notice' had issued by the UK authorities to stop the media from fully identifying Sergei Skripal's MI6 handler who lived nearby.

​Were other DSMA-Notices issued too regarding the reporting of Salisbury?  If it was so clear that Russia did it, why would they bother?

​Despite all the propaganda, all the hysterical headlines, all the blatantly biased coverage, the British haven't bought it. Literally or metaphorically. Inside the Tent gatekeepers have relentlessly attacked those brave individuals who have questioned the official narratives, but its these

individuals- smeared as ‘crackpots' and ‘conspiracy theorists' who the public are turning to for their analysis. Compare the number of retweets the former UK Ambassador to Uzbekistan Craig Murray gets when he publishes on the Skripal case, with those who try and denigrate him. My own Twitter following has increased by several thousands since early March. Citizen Halo got a big boost in followers after she was smeared by The Times. After the lies told about Yugoslavia, Iraq, Libya people no longer tamely accept what the NeoCon Establishment tells us. We're at an  ‘Emperor's New Clothes' moment in British politics where more and more people have found the courage to say out loud 'The Emperor has no clothes!'. The elite have been lying to us and they know that we know they've been lying. The question is: what are we going to do about it?