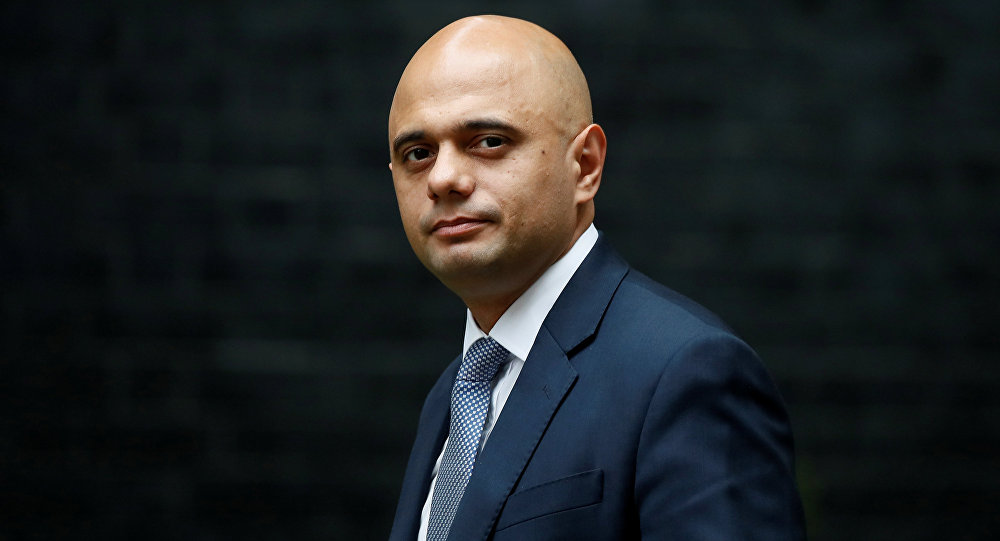 Theresa May has given Sajid Javid the top job at the Home Office? But I wouldn’t give this incompetent berk a job at Homebase.

This is the man who went to Australia, at our expense and took his daughter with him as a holiday treat whilst the UK steel industry and potentially tens of thousands of jobs were being thrown away. David Cameron dragged him back to the UK amidst calls for him to be sacked but now somehow this fool is back in a political hot seat?

His legs akimbo stance outside the Home Office was meant to be a visual signal that he was a hard man and that this is going to be a real new fresh start on immigration at the Home Office. A cynic like me however would suggest that this stance just makes him an easier target for the kick in the political goolies that he will receive very soon in this role.

Let's face it, the Home Office is a poisoned chalice of a job and as Labour's John Reid said way back in 2006 it is unfit for purpose and still is.

READ MORE: Career Killer: Fall of UK Interior Minister Could Have Been Inside Job – Analyst

"Hard man" Javid with his power stance is saying he is going to drop the hostile environment approach to illegal immigration? Really why?

We should be hostile to illegals, completely hostile. Why on earth should we tolerate the fact that there are at least a million illegals in the UK at this moment.

Sajid is making the same mistake that Rudd, May, and Corbyn have made mixing up legitimate immigrants with illegals.

Most people in the UK want a very hostile environment to illegals and poll after poll shows this. Most Brits, myself included, welcome well balanced controlled immigration and recognise the benefits that immigrants have brought and contributed to our great nation. This is why the Windrush scandal is so offensive and serious. These British citizens have much more right to be on this "Septic" Isle than someone who has overstayed or jumped out the back of a van at Toddington Motorway services.

So I say the only way to stop this madness and attempt to make the Home Office fit for purpose is to introduce Identity Cards that would prove if someone has a right to be in the UK and more importantly have the right to our benefits including our superb National Health Service which has deteriorated in to a world (some would say a third world) service!

READ MORE: May Should Stop 'Hostile Environment' Policy, Not Only Change Ministers — Labour

What's that noise I hear? Oh yes, it's the bleating of the Human Rights mob whining about civil liberties and freedom. They need to be quiet and accept that their "immigrants R us" policy has failed and not only on creating over a million illegals leeching off us but also making us wide open to terrorism.

We should introduce the cards immediately and if we had them 10 years ago the Windrush scandal would never have happened. 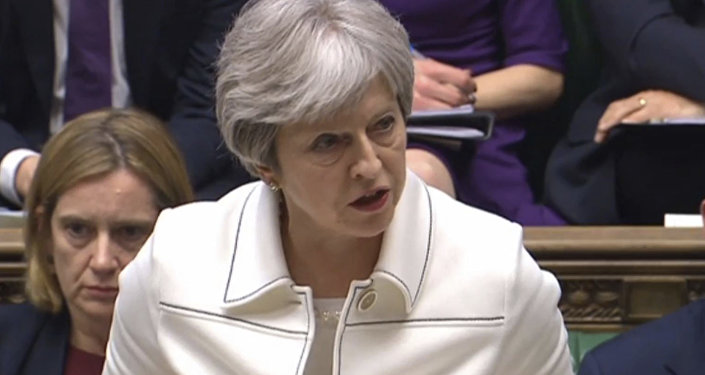 © AP Photo /
UK Windrush Scandal: 'Theresa May's Reputation Is On The Line,' Prof. Says
The rule should be no card, then no job, no benefits, no bank account, no treatment on the NHS and immediate deportation. The moment we started filming the deportations those pictures would spread around the world and send the signal that the UK is no longer a soft touch.

Meanwhile all this guff spouted by the likes of Boris Johnson about an amnesty for illegals who cheated lied and managed to avoid detection has to be halted now.

As well as getting tough on the illegals we should also be extremely tough on those who employ them or exploit them or bring them in to the UK. This has to include huge fines and even custodial sentences.

The time for pussy footing around is over. The UK is a brilliant country which is why every Tom Dick and Abdul wants to come here, either legally or illegally, so why aren't we prouder and dare I say even more arrogant about who we let in and certainly who we give a British passport too?

Finally, some in the press are making much about the fact that Javid is a Muslim, I wouldn't care if he was a Klingon as long as he gets a grip on this madness. But the facts are he will, just like all his predecessors, be weak on immigration and weak on the cause of illegal immigration because to do anything like I am suggesting demands political balls of steel and despite his power stance I don't believe Javid or indeed anyone else in modern politics of any party has those.