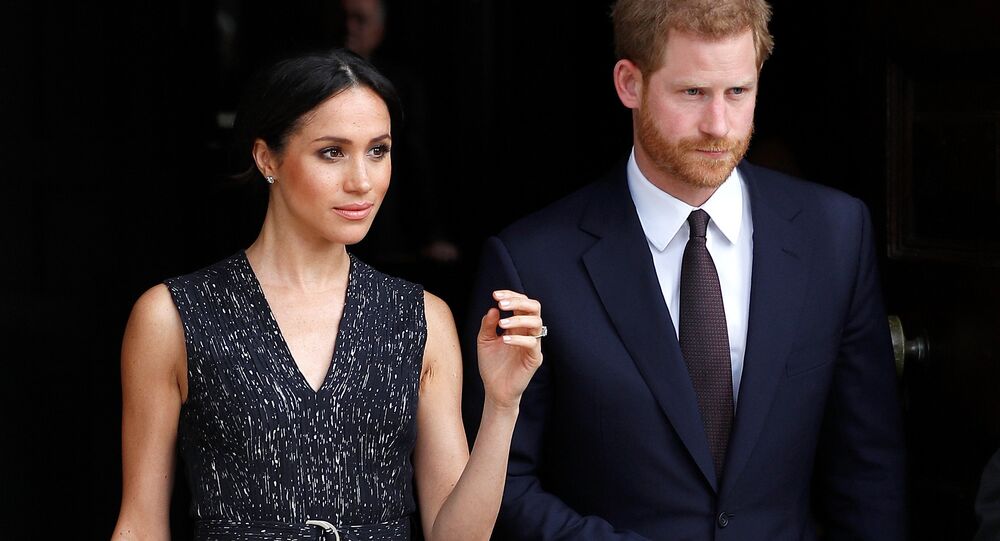 The days of a royal birth or wedding being able to forge a national consensus in Britain are over. Not now. Not when so many are suffering. Not when social and economic injustice has reached Dickensian levels. And certainly not when revulsion of the country’s power elite has become so entrenched.

On the contrary, such royal events only serve to emphasise the incompatibility of the monarchy with democracy and the nation's collective intelligence in the 21st century.

How could it be otherwise at a time of rising poverty, brute inequality, social injustice, and growing public anger over a political and media establishment whose detachment from the lived experience of millions is near complete?

Towards the end of 2017 the UK social policy and development charity, the Joseph Rowntree Foundation (JRF), produced a damning report, revealing that 14 million people in the UK are living in poverty. This shocking statistic, which translates to 21 percent of the population, is made still worse by the revelation that 400,000 more children and 300,000 more pensioners are living in poverty in the UK than they were five years previously.

© AP Photo / Vadim Ghirda
Hidden Figures: Despite Falling Unemployment in the UK, Poverty High and Rising
Adding to this charge sheet is the revelation that reliance on foodbanks has spiked by 17 percent over the past year in Scotland. There can be no more powerful an index than this of the hardship and destitution which is currently afflicting so many due to the draconian cuts to welfare spending by the Theresa May's government under the rubric of austerity — austerity being the Sunday name for what has been a vast experiment in human despair.

This shameful reality, combined with the unreality of the mainstream's media's gushing coverage of the royal birth and the hype being generated in advance of the royal wedding on May 19 will almost certainly come as a boost to the prospects of a second referendum on Scottish independence. I offer this as someone who opposed Scottish independence in the run-up to the first referendum in 2014.

It confirms that callous cruelty not justice is the driver of the Tory government's economic and social policy, wherein the lives of the poor and those on low incomes are openly devalued, while those of the rich and privileged are celebrated as never before. Perhaps in 1818 such a malign dynamic could pass muster. In 2018 it cannot and what's more should not, else the epic struggles of past generations of working class men and women for justice and dignity have been in vain.

The third-worldization of the British working class amid islands of extreme wealth can be described as many things, but a recipe for social cohesion it most assuredly is not. And yet despite this; despite crumbling public services, including a health service which is mired in a funding crisis; despite the grievous lack of affordable and social housing; and despite rough sleeping across England at record levels, we have a mainstream media in Britain which with few exceptions is home not to serious journalism and journalists, but instead to ideologically-driven servants of the rich and powerful at the expense of the victims of this crippling injustice.

© Flickr / Neil Moralee
Over 25% of Children in UK Live in Poverty - Charity
These victims, by way of a reminder, are men, women, and children whose lack of hope at their parlous situation ever improving is exacerbated by the fact that the wealthiest in Britain have never had it so good.

"One who deceives will always find those who allow themselves to be deceived," said Machiavelli, writing in the 16th century. And nowadays the smoke and mirrors of royal pageantry, instead of filling people's hearts with joy and national pride, is increasingly redolent of absurdist theatre — an exercise in bread and circuses of which the Emperor Augustus would have been hard pushed to match.

This, to emphasise, is not to attack the members of the British royal family on a personal level. Indeed not at all. Distinguishing between the monarchy as an institution and those who are imprisoned within its gilded cage is crucial. In fact members of the royal family, it can be reasonably argued, are its biggest victims.

Forced to live their lives as glorified exhibits in the zoo of public scrutiny, surrounded by flunkies and people whose every smile and greeting is borne not of sincerity but servile supplication to status, theirs is an unnatural existence, one that can only be inimical to human happiness and meaning. It is why liberating society from this semi-feudal institution would also liberate those who are its prisoners, allowing the likes of Prince Harry and Meghan Markle to be just like any other young couple in love, looking forward to the future unencumbered by the unreal expectations of a society at whose apex they are compelled sit for all the world like performing seals.

In the last analysis a monarchy can only exist in a society whose citizens have been systematically infantilised by its ruling elite and their servile media. It bespeaks not respect for tradition, as its supporters argue, but disrespect for progress and development.

In the UK, where more and more people are waking from the slumber of passivity in response to Dickensian levels of poverty and inequality, upholders of the status quo in the form of a discredited and out of touch political and media class are desperately lashing out at any and all dissent, ludicrously attributing it to a Kremlin plot while doing their best to smear and undermine Jeremy Corbyn, a leader whose vision of a society built on foundations of social and economic justice has struck fear in their hearts — even though Corbyn sits about as far from Lenin on the spectrum of left wing politics as it is possible to be.

Corbyn's emergence from the backbenches is down to nothing more than a political establishment which for too long has looked upon the despair and suffering of its own citizens with pristine indifference. Thus it is a class shorn of moral legitimacy. And thus the royal birth and upcoming royal wedding, rather than joyous occasions to celebrate, have taken on the character of a provocation.