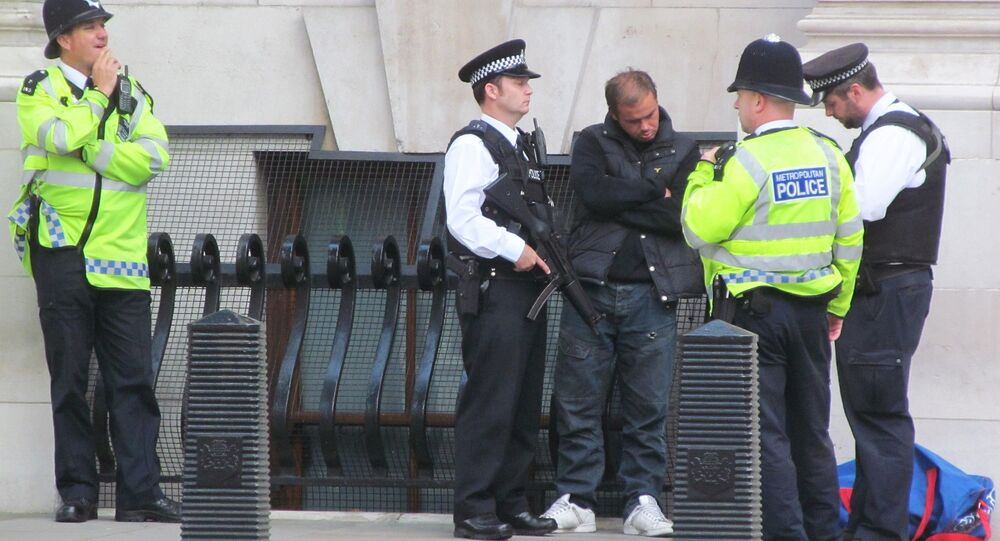 If London Mayor, Sadiq Khan applied as much passion and aggression to the Murder Epidemic in London as he does to criticising Donald Trump and bleating about nasty comments on social media (From a luxury hotel in California) London may not have overtaken New York in homicide statistics.

The problem with Khan and the Met Police Commissioner Cressida Dick is that like many in the UK Establishment they are so busy virtue signaling and worrying about diversity targets they miss the mugging, murder and mayhem going on right in front of their liberal blinkered eyes.

It's an absolute outrage that there have been 49 murders in London since Christmas and to be frank I can only see the grisly toll increasing as most of the solutions being put forward at the moment are the equivalent of putting a sticking plaster on a severed jugular.

Let's start with Khan, his kneejerk reaction, instead of taking responsibility himself, is to attack the central Government cuts in Police funding.

Undoubtedly these have had a massive effect, and as I was the man who masterminded the PC Pleb campaign against the proposed police cuts under the David Cameron regime in 2012 I do agree and indeed I warned that this would happen if the cuts went ahead. You simply cannot take away 20 thousand Police jobs at the same time as facing an increased Terror threat and rampant immigration and not expect crime to increase.

So Khan has a point but he also has a massive responsibility. He is the man who sets the targets and the policy for the Met so I am afraid the buck stops with him. Now is not the time for platitudes and words. Now is the time for action.

He needs to address London's problems the way the former Mayor of New York, Rudi Giuliani did in New York and introduce a zero-tolerance policy.

Rudi was aided and abetted in cleaning up New York by Bill Bratton the chief of Police. Bratton is a Vietnam veteran and a man with whose steely eyes are only matched by his steely determination.

I met Bratton and interviewed him on the streets of the Big Apple. He is a mightily impressive man who fixes you with a stare as he explains the broken window philosophy.

I asked him how he cleaned up the subway and got rid of graffiti. He paused and then slowly, almost Clint Eastwood in style said, "We did it subway car by subway car, line by line".

He also said that the people who complained most about zero tolerance were the very same middle-class twerps who had called for it in the first place. He said they didn't like it when he stopped them rollerblading down the sidewalk, then he chuckled. I got his point immediately, any law, any policy has to be enforced right across the community of a city regardless of class, religion or skin color.

Compare and contrast this hard man with the boss of the Met, Cressida Dick, who most recent comments on gang crime seem to revolve around blaming it on social media.

God help us! This is reminiscent of people blaming violence on violent videos. If this warped logic was followed we would all be wearing breech's or pinafores as there have been so many Jane Austen adaptions on the TV. Of course, social media can ramp up tensions but they are not the cause.

The causes are the feckless and feral parents who do not take responsibility for their kids, no discipline in schools, soft sentencing in our courts and the Politically Correct policy of abandoning stop and search for fear of upsetting the community.

The problem is that no matter how hard I search I can't find a political party who put these ridiculous policies before the Electorate, of course, they wouldn't as they know the decent silent majority would ever have voted for such PC garbage.

I am also fed up with the constant hand-wringing we have seen on the mainstream broadcasters. You know the narrative: There is always an ex-Black copper, a middle class black social worker and an ex-gang member!

Could you imagine if we treated ex-rapists with the same respect as we do ex-gang members?

The idea that these reformed villains can actually give us insights into how the present scum think and why they are blowing each other away on the streets of the UK is laughable if you just stop and pause for a minute. It seems so obvious to me that these ex-Gang members are simply just finding another easier and safer way of benefitting from violent crime.

The youth worker is simply after more funding, a new pool table will obviously solve the problem?!

Then the ex-copper talks about needing more cops but, and I quote "they must be the right kind of cops!"  By which, I assume, he means liberal bleeding hearts and there is, of course, an implied suggestion that most white cops are racist.

Let's be clear I am anti-racist and if there are bad apples in the Police they should be rooted out, investigated and brought before the courts and drummed out of the Force without their pension. However, the idea that all cops are "bad uns" has contributed greatly to the problems we have in our inner cities as self-appointed community leaders and some Labour MP s always like to play up the racism card or the fact that the Police don't understand the community they police.

I remember when I was broadcasting on BBC London in 2002 when the Police Commander of Brixton, Brian Paddick, decided to effectively decriminalize the sale of Cannabis in his area.

After a few weeks, I had black mothers calling me telling me that this had led to every dealer and buyer descending on Brixton to buy and sell not just dope but crack cocaine and other class A drugs. I remember one mum saying its all right for Paddick with his middle-class lifestyle but it's my kids who are being caught in the crossfire, who are being used by the dealers to deliver the drugs on their BMX bikes. She also stated that she and every mum knew the drugs were being sold outside the Roxy so why don't the Police see it too and arrest these dealers. Her words were prophetic as most of the victims of the recent mayhem have been black

Oh dear, Jon has mentioned the Elephant in the room, stand by for the shouts of the outage and the squeals of "waycist waycist! " I am sorry but we have to face facts many of these murderers are from the ethnic community and I am afraid that Tony Blair's "Immigrants R US" policy and his acceptance of all kinds of families do lie at the core of the problems we are facing.

I read a really obnoxious tweet today where someone said "why should I care if blacks are killing other blacks" Not only is this racist it is also downright dangerous. I care because some of these victims are not villains but even if they were involved in gangs I still don't want to live in a country that has no-go zones.

This brings me neatly back to Khan who says that people who hold that view including Trump are talking nonsense. Well, I am afraid Khan is wrong, completely wrong. There are no-go areas not only in London but in Birmingham, Manchester and even my home city of Coventry. These I must stress are not only in ethnic areas but wherever they are they need to be eradicated and that cannot be done without a show of force as well as community engagement.

The community has to take responsibility and as with Khan stop playing the blame game.

It all starts with the family. And let's not just blame single mums shall we? Where are the fathers? Parenting is the key, too many kids are not being brought up without any love or boundaries.

So, they go to school without having the basics instilled in them then there is no real discipline in schools so no wonder they fall into gangs.

© AFP 2021 / DON EMMERT
EXCLUSIVE: 'Organized Crime Has Infiltrated Police Services Throughout Ontario' - Undercover Cop
Back to the police, we do need a broken window policy which does not tolerate low-level crime and we do need intelligence-led policing as Bratton used in New York but we also need kids to realize that actions, especially criminal actions have consequences, massive consequences. So sentencing needs to be addressed urgently. I suggest a new soundbite for the politicians and Mayor Khan as they are so fond of them, so how about, "use a knife get a life" (And life should mean life) or, "use a gun and you're done!" (Capital punishment).

So, I am proposing to fight fire with fire, however, the depressing fact is that we could have addressed and been well on the way to solving this problem back in 2011 when we had the opportunity of making Bill Bratton the Commissioner of the Metropolitan Police!

However, here is the sick punchline, guess who blocked his appointment? Theresa May!

What hope have we got with such people in charge? As the punk band, The Clash so prophetically stated in 1977, London's Burning!