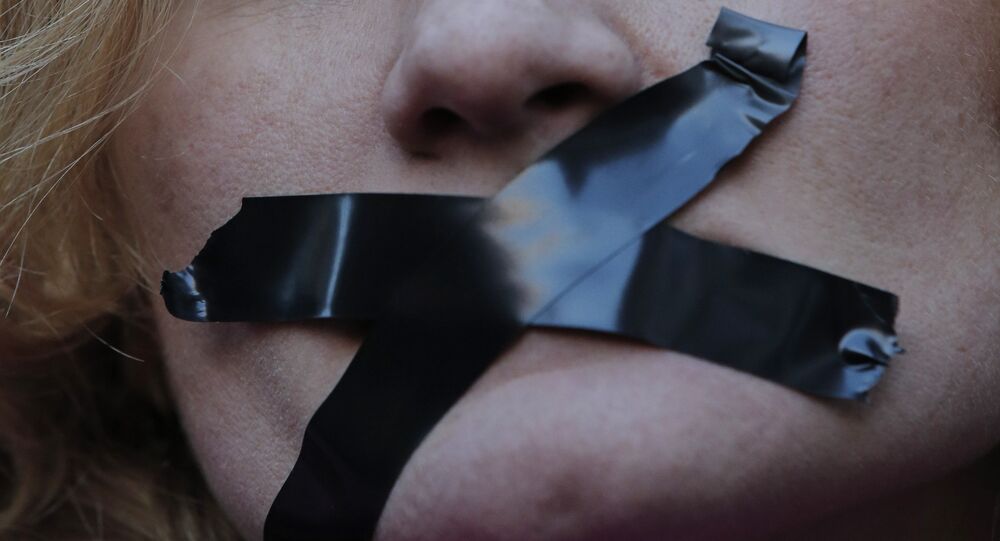 The Slow Death of Free Speech in the UK

The conviction of Scottish Comedian, Mark Meechan for causing gross offence by teaching his girlfriend’s Pug dog to perform a Nazi salute is a joke but no laughing matter. It is just the latest in an increasing line of attacks on free speech in the UK and this PC nonsense has to stop and stop now.

Meechan, better known as Count Dankula on You Tube where his channel has over 130 thousand subscribers introduced his video by saying that he was trying to annoy his girlfriend by turning her pug “into the least cute thing that I could think of, which is a Nazi.”

Context should have been everything but the Sherriff who tried the case must have had a sense of humor bypass. It was clear that Dankula was not inciting hate, he was instead ridiculing Hitler and the Nazi’s.

However even if his intention was to cause offence I have to agree with comedian and film star Ricky Gervais who said after the verdict, “A man has been convicted in a UK court of making a joke that was deemed ‘grossly offensive’. If you don’t believe in a person’s right to say things that you might find ‘grossly offensive’, then you don’t believe in Freedom of Speech.”

God forbid Mel Brooks makes another film! Indeed, the great comedian has stated recently none of his films especially the Producers with its Nazi musical theme would ever be made today.

Mel would be crucified, if I am allowed to use that image, by the “Twitterarti” because with the growth of social media, especially Twitter, we have seen a corresponding proliferation of the “Grossly Offended”.  They use Mob rule tactics to shout down anyone who dares to express a view that deviates from their drippy, virtue signalling, emotive liberal consensus.

Despite the Brexit victory, the election of a conservative Government and the Trump victory it appears that to me that to be “Right” is now wrong!

Free speech is not just under attack in the courts or on social media, even the UK Government is trying to suppress right wing voices.

© REUTERS / Neil Hall
Assange Slams UK Government's Remarks on Freedom of Media, Speaks About Their 'Pathetic Frauds'
Whilst Theresa May has been diverting our attention with the Pantomime she has created around the Salisbury nerve gas attack; her Government have also been suppressing free speech by detaining and then expelling at least four conservative commentators. Brittany Pettibone was detained for three days then expelled for the crime of wanting to interview Tommy Robinson, her boyfriend had the same treatment because he wanted to make a speech at Speakers Corner. In effect his crime was a thought crime. Then Canadian citizen Lauren Southern suffered the same pre-emptive punishment.

Robinson then organised a peaceful rally at Speakers corner which thousands attended to protest and show their revulsion at the expulsions and protest for free speech. Interestingly the Main Stream Media didn’t cover the protest or the expulsions however I am sure the story would have been different if trouble had flared at Robinson’s event. Then it would have fulfilled their liberal narrative of “Far right extremist” violence and the BBC would have loved that.

Similarly, the MSM have not really covered the Nazi Pug story until yesterday’s verdict. One has to wonder why?

Could it be due to the fact that they have been too busy pumping out the Government’s propaganda about Russia and their alleged involvement of the Kremlin in the Salisbury attack?

Just like Theresa May and Boris Johnson they haven’t bothered with the technicalities of British justice and the basic tenants of our country’s judicial system of innocent until proven guilty.

Instead the MSM led by the BBC have just parroted the Government line that the Kremlin is guilty.

Like a twitter mob they have acted as prosecutor, judge and jury and if anyone has had the temerity to question whether we should wait for more evidence to prove guilt they have been shouted down as Kremlin Shrills or Traitors.

© REUTERS / Francois Lenoir
Labour Leader Under Fire From Party MPs for Stance on Skripal Poisoning
I have no time for Jeremy Corbyn and I think he would be a useless Prime minister but he has an absolute right to urge caution and ask for more evidence. He is also correct to say that the Russians should be able to test the nerve gas themselves.

He should not be shouted down by either the braying mob of the House of Commons or the by the UK media.

As someone who was convinced by the weapons of mass destruction dodgy dossier to support the Iraq War I and millions of other people in the UK now do not slavishly agree with everything the Government tells us.

That’s why I and many others are now beginning to agree in some way with Corbyn and question why Russia would do this at a time when they about to host the greatest sporting event on the Globe, the World Cup.

Why would Russia target a former spy, seven years after a spy swap?

Why haven’t the Police nailed how the gas was delivered after two weeks of investigation?

Finally, why haven’t we seen hospital photos of the victims as we did in the Litvinenko case?

© REUTERS / Parliament TV
Russian Intelligence Veteran Explains What's Wrong With Skripal Case in UK
These questions need answers but instead we have seen a ratcheting up of the rhetoric and now tit for tat expulsions on both sides.

Now Boris Johnson says he feels that Putin will use the World Cup as Hitler used the Olympics in 1936! This is outrageous and frankly laughable.

He is also suggesting that the 23 thousand English fans who have bought tickets may not be safe in Russia during the tournament.

One has to question why is he now bringing football into the equation? Is it a crude ploy to gain more popular support as the expected international sanctions have not yet materialised? If he is using football as a political weapon I feel it will backfire on him. Pardon the pun but it will be a massive own goal.

Meanwhile President Trump congratulates Putin on his election victory and both the MSM and the Twitter mob say he should have brought up Salisbury ignoring the fact that he has secured a meeting with the Russian leader to discuss the nuclear arms race. I would suggest that is slightly more important.

Indeed, Boris and May could learn from President Trump and remember the old adage that Jaw Jaw is always better than war war and start talking to the Russians rather than ratcheting up the tension.

We in the UK should be proud of the fact that we have the Mother of all Parliaments, a free press, an independent judiciary and freedom of speech. However, we must recognise that they are under threat and we the people must all fight to maintain these cornerstones of democracy from the Mob or Government.