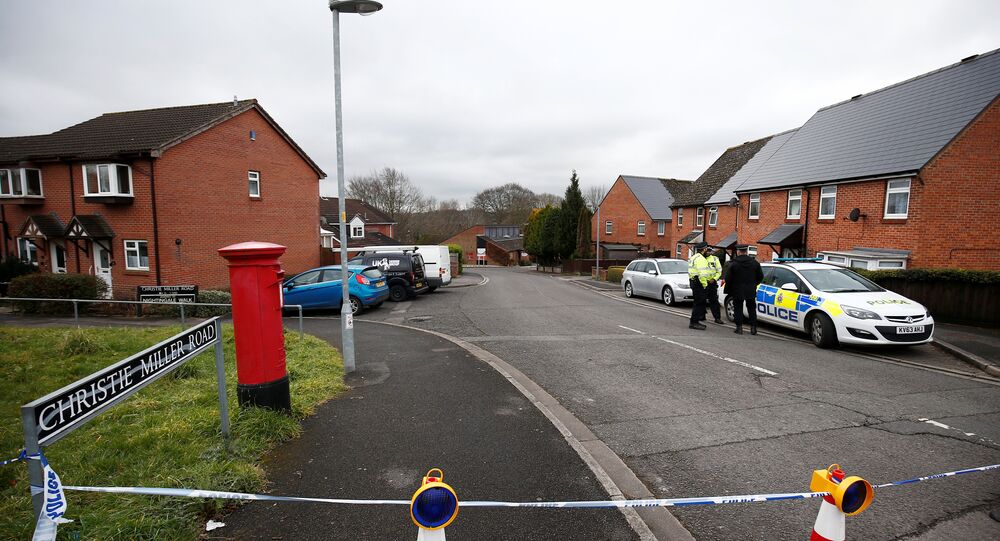 A cloud no bigger than a man’s hand can be the harbinger of great storms to come. So, to paraphrase, goes the biblical injunction, and so describes the dangerous and reckless trajectory embarked upon by the British government in its handling of the Skripal case.

First, let us deal with the obvious. Mr. Skripal was unmasked as an MI6 agent in 2004 by the Russian authorities. At the time he was a colonel in the GRU, Russia's military intelligence branch. It was in this capacity that he was recruited by MI6 (Britain's foreign military intelligence agency) in the mid-1990s, upon which, in return for cash, he funneled classified information to his British handlers, including the identities of Russian agents working undercover in the West.

In 2006 Mr. Skripal was sentenced to 13 years in prison by the Russian authorities for treason. Her served four years in a penal colony, after which, in 2010, he was included in a spy swap for Russian agents that were being held in the US. Skripal, it should be noted, was granted a pardon by the Russian government before leaving Russia for a new life in England.

By all accounts, thereafter, Mr. Skripal lived the tranquil life of a Russian émigré, settling in the quaint cathedral city of Salisbury in Wiltshire, southern England. He did so openly under his real name and not an assumed identity. This suggests that he did not consider himself to be in danger of retribution or harm by the Russian state. There have been reports that he gave lectures on the GRU at various military academies. One assumes that he did so in return for a fee.

As to other sources of income he may have received while living in exile in the UK, whether he was in receipt of a pension or some stipend or other from the state, no information in this regard has yet come to light.

When it comes to Russia's possible motive in seeking his assassination, this is hard to conjure with. With no information to suggest Mr. Skripal was engaged in activities that could be construed as a threat to Russia or its national security, what possible benefit could attain to Moscow with this attack? More pertinently, using the nerve agent Novichok to try and kill him would have been to leave a signature as prominent and as obvious as a flashing neon light in the form of an arrow pointing in the direction of the Kremlin.

This is not to suggest that Russia is not capable of carrying out an attack of this nature. All governments and their intelligence agencies are capable of such attacks; indeed most certainly have carried them out, including Britain's intelligence agencies. To argue otherwise is to reveal a level of naivety that is incompatible with the real world.

So, no, it is not a question of whether Russia is capable or willing to carry out an attack of this nature, it is a question of whether Russia would be stupid or reckless enough to carry out this 'specific' attack. Factoring in the lack of any apparent threat posed to Russia by Mr. Skripal, the crudity of the method employed and how it placed the lives of innocent civilians at risk, along with the severe and significant reputational damage Moscow would deservedly suffer across the world in the event, it doesn't make sense.

This being said, the rush to judgment on the part of the mainstream press in the UK, along with the government and near entire UK political class, has been frightening to behold. It reveals that no lessons have been learned from the march to war in Iraq in 2003, when as with now we had an establishment commentariat issuing pugnacious and ferocious demands for action to be taken - in this instance against Iraq and its government - over claims it possessed stockpiles of WMD that could be weaponized and unleashed against British targets in Cyprus within 45 minutes.

Then, as now, the media clamour for action on the basis of what later came to light was fabricated intelligence, was used by the Blair government to forge a near ironclad consensus among MPs on all sides of the House (House of Commons) that military action, in conjunction with the US, was both necessary and justified. The tragic and grievous result of this military we now know.

And yet despite this ineradicable stain on the record of British foreign policy, leader of the opposition, Jeremy Corbyn, for daring to question the government's assertion that Russia was responsible for this crime, has been subjected to what can accurately be described as dog's abuse, reviled as an appeaser of ‘Putin's aggression' and derided as weak, lacking the necessary and required understanding of the threat Russia poses to Britain.

Regardless, and moving on, here is where we get to the nitty-gritty.

In September 2017 the OPCW (Organisation for the Prohibition of Chemical Weapons) issued a statement, "marking the completion of the full destruction of the 39,967 metric tons of chemical weapons possessed by the Russian Federation."

The statement, authored by OPCW Director-General Ahmet Üzümcü, continues, "The completion of the verified destruction of Russia's chemical weapons programme is a major milestone in the achievement of the goals of the Chemical Weapons Convention. I congratulate Russia and I commend all of their experts who were involved for their professionalism and dedication."

The OPCW, by way of a reminder, is the internationally recognized body charged with implementing the provisions of said Chemical Weapons Convention, which was established in 1997.

The significance of the OPCW statement from September 2017 could not be clearer. It contradicts Theresa May's assertion that the Kremlin is the perpetrator of the Skripal attack, and it means that the British government is inferring that the OPCW was either mistaken when it confirmed that the Russian Federation had disposed of its entire stock of chemical weapons in 2017; or that it was peddling an untruth.

A third explanation, of course, is that the credibility of the OPCW has been and is being wilfully undermined in service to a geopolitical agenda. En passant, it should be noted that at this writing Britain has yet to provide a sample of the Novichok nerve agent we have been told was used in the attack on Mr Skripal and his daughter to either the Russian authorities or the OPCW for testing.

Rather than the ten days provided for under the Convention, the Russian government was given an ultimatum of 36 hours by Theresa May's government.

In her initial statement to the House on the Skripal case on 12 March, May confirmed that the investigation by the British authorities was ongoing but that it was "highly likely" Russia was responsible. Bearing in mind the magnitude of this issue, what it portends for already parlous relations between Moscow and London, a verdict of "highly likely" is problematic, to say the least.

In her subsequent statement to the House two days later on 14 March, providing an update on the case and laying out an array of punitive measures her government had decided to respond with against Russia - up to and including the expulsion from the UK of 23 Russian diplomats - the prime minister asserted "there were only two plausible explanations. Either this was a direct act by the Russian State against our country." She went on: "Or conceivably, the Russian government could have lost control of a military-grade nerve agent and allowed it to get into the hands of others."

The word ‘plausible' in her statement is crucial. It is of a piece with "highly likely" in her original statement. Their usage is no accident. It exposes the fact that thus far the British government is unable to assert beyond reasonable doubt that, to coin a phrase, Russia did it.

Thus skepticism at this stage is not only justified it is absolutely mandatory. Whether this feral UK political and media establishment likes it or not, the ghost of Iraq in 2003 hangs like an incubus over this entire issue. It reminds us of the folly of taking at face value the bald assertions of those in power in matters of war and peace.

I say 'war and peace' because the anti-Russia invective that has been loosed upon the British people since the attack on Mr. Skripal and his daughter has been of the 19th-century variety. Indeed the anti-Russia rhetoric that we've been regaled with has been of such intensity it is no exaggeration to state that it would have propelled the brave men of the country's legendary Light Brigade, who rode into history at the Battle of Balaclava in 1854, to even greater heights of glory than they actually achieved.

For the more discerning, alarm bells have been set ringing over the course of these proceedings. As of now, no compelling or conclusive evidence has been produced to suggest that Russia was responsible for this heinous crime in Salisbury. As of now, there are more questions than answers. As of now, the entire thing stinks.

If or when that changes, I'll let you know.

The views and opinions expressed by John Wight are those of the expert and do not necessarily reflect those of Sputnik.