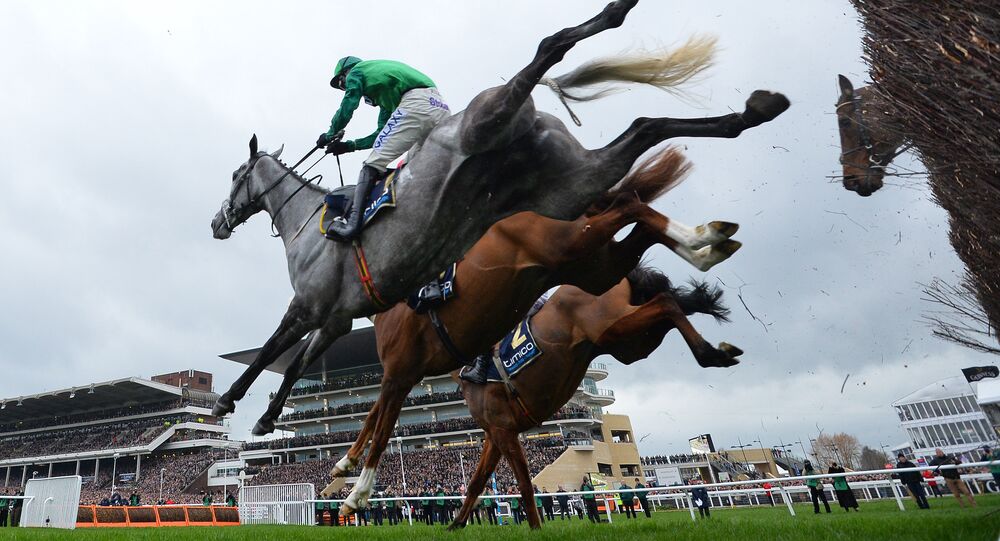 The Cheltenham National Hunt Festival, which begins on Tuesday at 1:30 p.m., is for good reason regarded as the Olympics of jump racing. With 28 races over the four days- worth more than £4.6m in prize money, it’s a potential minefield for punters, but if certain key factors are borne in mind, the percentages can be tilted in our favor.

Secondly, the large stable outfits tend to dominate. Smaller stables can still win but, the Festival in recent years has tended to be dominated by three leading yards. Gordon Elliot, the main trainer for the powerful Gigginstown House Stud team, had six winners last year and 14 since 2011. Willie Mullins, with 54 Festival winners, has been the leading trainer in five of the last six seasons. Nicky Henderson has trained a record 58 winners at the Festival and does particularly well in the top hurdle races.

Thirdly, age of the horse. The Festival usually isn’t a happy hunting ground for horses aged 10 and above in Grade One races. That doesn’t augur well for the chances of the popular 12-year-old Cue Card in the Ryanair Chase on Thursday.

A fourth factor to bear in mind this year is the going. The official going for the opening day is "Heavy, soft in places," and there’s more rain forecast on Thursday and Friday. The ground will be the heaviest it has been for a Cheltenham Festival this century, so make sure the horse you back has form in trying conditions.

Now let’s take a closer look at the top races on each day.

1:30 Given the current neocon-induced anti-Russian hysteria KALASHNIKOV would be an apt winner of the opener. He’ll act on the ground, judging by the way he powered home under trying conditions in the Betfair Hurdle at Newbury last time.

2:10 Arkle Trophy. SAINT CALVADOS, who we tipped up as a horse to follow earlier in the year, can give us a good run for our money on ground that will suit him down to a tee. The unbeaten French import who has been really impressive in his three runs this season represents the value alternative to the favorite FOOTPAD, who looks sure to run a big race.

2:50 Ultima Handicap Chase. This is fiercely competitive, but with the ground heavy, it probably makes sense to focus on the lesser-weighted horses in this 3m1f event. COO STAR SIVOLA, placed in his previous two runs at the Festival has been well backed, while COGRY, a previous course and distance winner on soft ground makes some each-way appeal at 16-1. RAMSES DE TEILLEE, who was a staying-on second in a race in heavy ground over 3m last time represents a trainer (David Pipe) who has won this chase over the past two seasons and three times in the last ten years, while VINTAGE CLOUDS, who was running well in this when falling two out last year, is another for the short-list.

3:30 Champion Hurdle. Last year‘s winner BUVEUR D’AIR will be hard to beat for trainer Nicky Henderson, who has won this race six times. The same trainer’s MY TENT OR YOURS, who finished second in this in 2014, 2016 and 2017, is available at around the 20-1 mark and could be the each-way value once again.

1:30 Ballymore Novices’ Hurdle. SAMCRO may not be the second coming of Jesus Christ according to owner Michael O’Leary, but he’s still the one to beat here, having won his last four starts by an aggregate just short of 50 lengths.

3:30 Champion Chase. The complexion of this race has changed with the news that the red-hot favorite ALTIOR, the winner of last year’s Arkle, was lame on Monday. Hopes are that he’ll still be able to run, but in his absence DOUVAN, returning after a long absence but a dual Festival winner could be the best alternative.

4:10 Glenfarcas Cross Country Chase. CAUSE OF CAUSES is going for his fourth Festival win and is a worthy favorite. His biggest threat could come from stable-mate TIGER ROLL who also has a terrific Festival resume with wins in 2014 and 2017.

2:50 Ryanair Chase. CUE CARD's participation in this was discussed in my last Sputnik Sports column, but at the age of 12, and having fallen quite heavily in his last two visits to the Festival at the same third-last fence, the percentage call is to let the head rule the heart and oppose the popular veteran. Last year’s winner UN DE SCEAUX will relish the conditions, but he is 10 now, while the second place finisher from twelve months ago, SUB LIEUTENANT, available at around 16-1, could be overpriced from an each-way perspective. Last year’s Arkle runner-up CLOUDY DREAM has attracted market support and is another for the short-list.

3:30 Sun Bet Stayers Hurdle. SAM SPINNER has been really impressive this season and having won on heavy at Haydock in February, he looks sure to relish the testing conditions. Last year’s runner-up LIL ROCKERFELLER could be overpriced at 20-1 for those after a bit of each-way value.

1:30 JCB Triumph Hurdle. Trainer Nicky Henderson has a terrific record in this event with six wins and three since 2009; the Lambourn maestro can win it again with course and distance with three-time Cheltenham winner APPLE’S SHAKIRA.

2:10 County Hurdle. This is fiercely competitive but it often pays to stick with horses that placed at previous festivals. One that fits the bill is FLYING TIGER, winner of last year’s Fred Winter

3:30 Cheltenham Gold Cup. This usually goes to a horse prominent in the betting, and who is having their first run in the race.

The favorite MIGHT BITE, a winner of the RSA at last year’s Festival, has very strong credentials and rates the likeliest winner. At longer odds, OUR DUKE, winner of the Irish National in 2017 and representing last year’s winning trainer Jessica Harrington, and DEFINITLY RED, who stayed on strongly when winning a race over a slightly shorter distance at the track in January on heavy ground, are each-way alternatives.