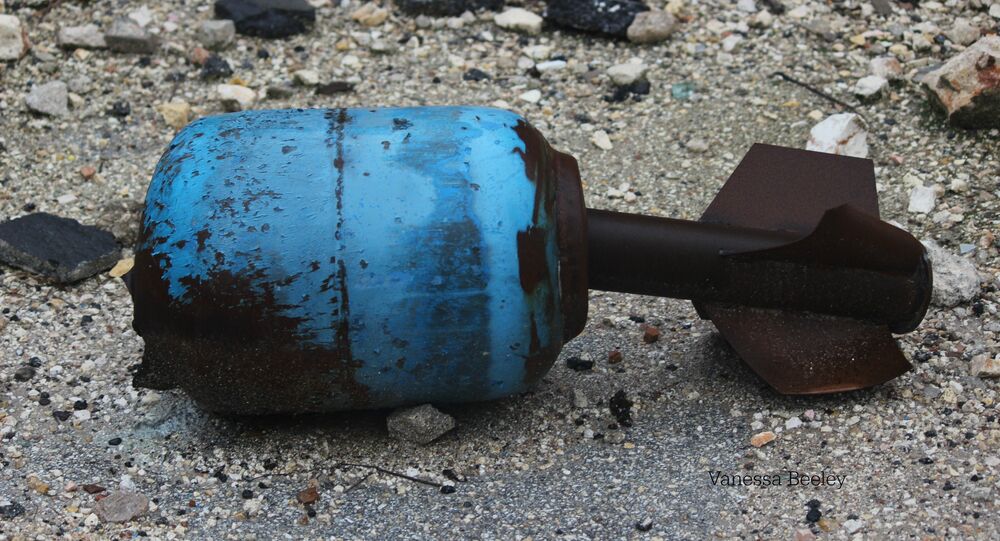 As the Syrian Arab Army, Russia, and Iran move closer to liberating the last remaining parts of Syria still occupied by Salafi-jihadi groups of various stripe, the regime change propaganda in the Western media has gone into overdrive, painting a picture of an upside-down world with a savage assault on reality.

In the process groups such as Nusra and Jaysh al-Islam, the latter of which is the dominant Salafi-jihadi faction in opposition-held Eastern Ghouta, is being referred to as 'rebels' — rehabilitated as Partisans of Second World War repute, holding out against a brutal fascistic regime and its evil Russian backers.

Indeed going by the raft of articles that have appeared in particular in the UK Guardian newspaper of late, you would think the Syrian Arab Army, which by way of a reminder is a conscript army that draws its soldiers from every part of the multicultural and multi-religious mosaic that constitutes Syrian society, are not fighting to liberate their country and its people from these murderous sectarian fanatics, but instead have invaded it and are occupying as in an Arab Waffen SS.

British journalist and veteran Middle East correspondent Robert Fisk makes the point in a recent article that "footage from Ghouta — like almost all the film from eastern Aleppo — contains not a frame of acknowledgement that these armed men [of Nusra and Jaysh al-Islam] exist."

What we have now, it bears emphasizing — in the context of the Syrian army's operation to liberate Eastern Ghouta on the outskirts of Damascus — are people who adhere to the same ideology responsible for 9/11, along with a litany of terrorist attacks in Europe and the US in more recent times, being depicted as rebels, while those fighting to defeat them are decried and vilified as butchers. The words of Winston Churchill, a man whose belief in the virtues of colonialism and imperialism was on a par with Julius Caesar's, spring to mind: "In wartime truth is so precious, she should always be attended by a bodyguard of lies."

Such wilful distortion and dissembling on the part of Western ideologues and their leftist bag carriers when it comes to Syria, people who continue to make the case for something they describe as the Syrian revolution, is the foundation upon which colonialism and imperialism have rested throughout its malign history.

In reality, you could not locate a revolution in Syria using the Hubble space telescope — unless, that is, you are persuaded that groups such as Nusra and Jaysh al-Islam carry with them the hopes and dreams of the Arab Spring, along with the human heads they've been harvesting over the course of this conflict.

Srebrenica has long been a potent weapon in the arsenal of regime change propagandists, rolled out when the chips are down in the last gasp attempt to sow moral panic and bounce the 'international community' — namely Washington and its vassals — into action against a government that refuses to acquiesce in its own downfall.

Writing in the Guardian, Simon Tisdall asserts, "With every child who dies, with every act of brutality that goes unpunished, eastern Ghouta more closely resembles what Kofi Annan once called the worst crime committed on European soil since 1945. Eastern Ghouta is turning into Syria's Srebrenica."

Such sentiments beg the question of why no reference to Srebrenica is ever made when it comes to Israel's regular massacre of Palestinians in Gaza, civilians who when they aren't being massacred are being besieged, reduced to a state of abject immiseration by the only democracy in the Middle East? And, too, why no reference to Srebrenica over Saudi Arabia's brutal military campaign in Yemen, described by Amnesty as the 'forgotten war'?

The moral outrage of these champions of regime change is of course, and in time-honored fashion, selective — although no less egregious for all that. But making it even more contemptible is the fact they betray not one tincture of evidence of having learned any lessons from Iraq or Libya, previous and recent examples of regime change wars, resulting in both countries being pushed into the abyss of societal collapse and chaos, and out of which, in the case of Iraq, the monster of Salafi-jihadism emerged.

The human suffering caused by the conflict in Syria is not in dispute. Hundreds of thousands have been killed, the majority of them civilians, with many more injured and millions forced to flee, resulting in a refugee crisis of biblical dimension. It is a conflict being fought out in urban centers and the scale of the violence reflects the monumental stakes involved in its outcome. Its prolongation, and with it the prolongation of the carnage and suffering, is inextricably linked to the support provided to these so-called rebels by Western governments and their regional allies.

It does not require you to be a fulsome supporter of the Syrian government to recognize that the alternative of Nusra or Jaysh al-Islam in power in Damascus is one that does not bear thinking about.

For just as during the US Civil War there was no moral equivalence between the Union Army fighting to suppress secession and end slavery, and the Confederate Army fighting to win secession and in support of slavery, there is no moral equivalence today between the Syrian Arab Army and its allies, fighting to secure Syria's future as a secular, non-sectarian society in which the rights of its minority communities are protected and upheld, and the various Salafi-jihadi groups that are fighting to implement their very own Year Zero on the country, involving the total eradication and extirpation of its minority communities.

Eastern Ghouta on the outskirts of Damascus, with a population of around 400,000, is currently occupied by sectarian murdering fanatics, a veritable and latter-day Khmer Rouge. And as with Idlib, southwest of Aleppo, its liberation by the Syrian Arab Army and allies cannot come soon enough.