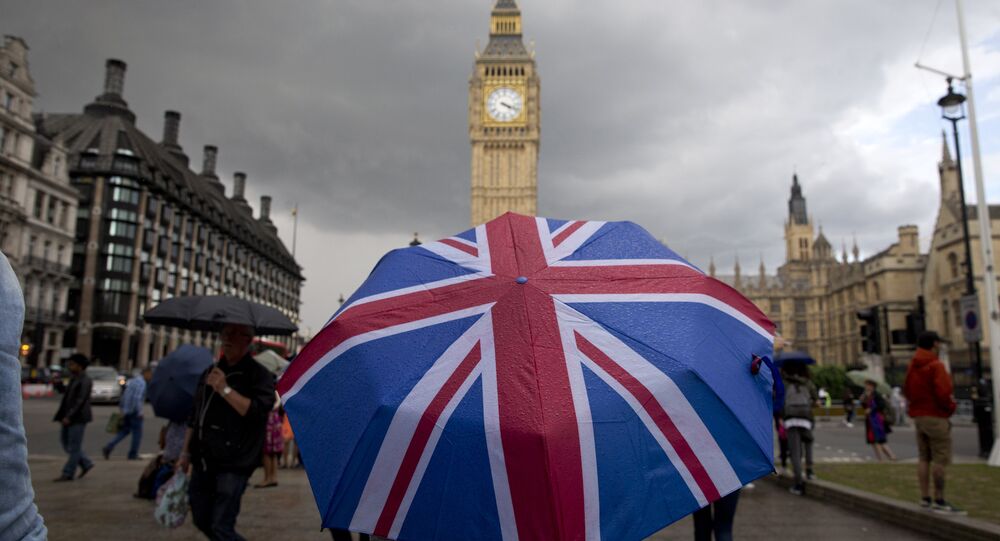 With mounting problems at home, the UK Establishment is stepping up its campaign to divert our attention on to non-existent dangers from abroad. The so-called 'Russian threat,' is not only good for the arms industry, and defense budgets, but for politicians who have no answers to the very real threats the British public face in their daily lives.

A knife crime epidemic. A significant rise in the murder rate. The NHS at breaking point. A 60% rise in homelessness since 2010/11 and a sharp rise in child and pensioner poverty. A hideously expensive and unreliable public transport system that is not fit for purpose.

Just a few of the very pressing problems facing Britain in early 2018. But rather than focus on solving them, those in power would rather we obsess about non-existent threats from Russia. 'Army Chief warns of Russian threat' was the headline on the BBC’s website first thing on Monday morning. However, the article's title was later changed to 'Army chief to call for investment to keep up with Russia.'

How very convenient that the ‘evil Russkies’ are there once again to take our minds of the latest horrific knife attacks- in which two men were stabbed in a shopping mall in Luton in Bedfordshire.  Knife crime used to be a rare event in the UK, but in 2017 there were 80 fatal stabbings in London alone. The reality is that  Britain is becoming an increasingly dangerous country in which to live. Crime figures released in October showed an underlying 8% increase in the murder rate, with a 13% rise in all police-recorded offenses from June 2016-June 2017.

© Sputnik / Vladimir Sergeev
Ex-US Army Official: US Exploits Russian Threat to Justify New Defense Strategy
Yet rather than get to grips with this crime wave, by putting more police officers on the beat, and introducing tougher sentences, the elite prefer to scare us about Russia. Grandstanding over an imaginary 'Russian threat' has been given precedence over dealing with the genuine threats citizens face at home. In November, Prime Minister Theresa May accused Russia of 'threatening' the 'international order on which we all depend.' She’d have been better off warning the violent criminals at home who threaten the law and order on which British citizens depend.

In the last few years, Russia’s leader Vladimir Putin has been made into a convenient scapegoat for all the West’s problems.  If anything goes wrong at home — then blame that bounder Putin!

© Sputnik / Vladimir Pesna
Russian Envoy to US Believes Trump Did Not Give Up on Trying to Improve Ties With Russia
But it’s not Putin who is responsible for the knife crime epidemic. Or the funding crisis in the NHS, which led to thousands of operations being canceled in January. Or the 60% rise in homelessness, and the sharp rise in child and pensioner poverty.

Or the fact that the UK’s privatized, (but still heavily subsidized) trains are the most expensive in Europe. The people responsible reside not in the Kremlin, but in Whitehall.

With utmost cynicism, those who have cut important frontline services, putting many innocent lives at risk, while spending a small fortune on neocon-inspired military ‘interventions‘ overseas, want us transfer our anger on to a foreign bogeyman. The strategy of seeking to divert attention from problems at home, by conjuring up the sceptre of a menace from abroad, is of course not original: ruling classes throughout history have done this. It’s one of the oldest tricks in the book, yet still, Establishments continue to play it.  Everyone should be on to it by now. There really is no excuse.

As to the ‘Russian threat‘; the idea that Russia would want to invade or attack the UK is so ludicrous it‘s hardly worth passing comment on. Yet this loopiest of conspiracy theories is being promoted by ‘serious’ commentators who are usually the first to screech ‘conspiracy theorist’ at anyone who dares to challenge them.

In fact, Russian actions in the Middle East have actually aided British security. While the regime-change obsessed UK and US were backing so-called ‘moderate rebels’ in Syria, many of whom were far from ’moderate’,  the Russian military were playing a key role in the defeat of ISIS and al-Qaeda linked groups there. It’s worth noting too that the British government’s support for violent ’regime change’ in Libya in 2011 greatly increased the terror threat back home, as we saw from the fact that the Manchester Arena bomber Salman Abedi and his father had links to the ‘Libyan Islamic Fighting Group’ which had received covert backing from the UK authorities. ‘The evidence suggests that the barbaric Manchester bombing, which killed 22 innocent people on May 22nd, is a case of blowback on British citizens arising at least partly from the overt and covert actions of British governments‘, say researchers Mark Curtis and Nafeez Ahmed.

As I wrote after the Manchester atrocity:  ‘The question we need to be asking is: who turned Libya — which as recently as July 2010 was being lauded in the British press as one of the top six cruise ship holiday destinations — into a "Daesh stronghold" — and a training ground for terrorists like Abedi?

Point a finger at others, always three on the same hand pointing back at you! https://t.co/SnoqGiOclR

Back in 2003, more or less the same people trying to scare us witless about Russia today, were warning us of the ‘threat’ from Saddam Hussein’s WMDs. That ‘threat’ turned out to be entirely bogus. And so it is in 2018.  The next time you hear an Establishment figure talking about the ’Russian threat to Britain’, just keep in mind the old saying: When you point one finger at someone, there’s three pointing back at you.

The views and opinions expressed by Neil Clark are those of the author and do not necessarily reflect those of Sputnik.