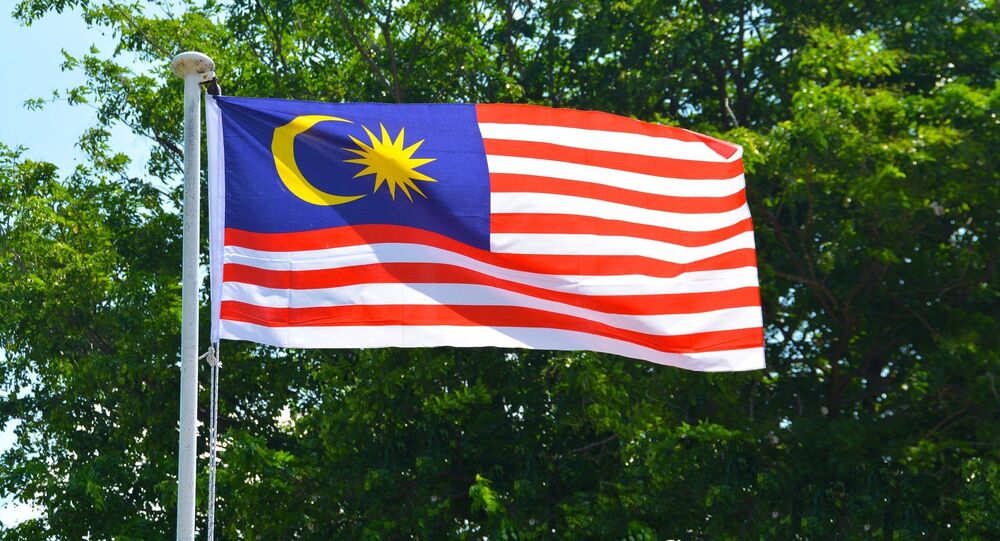 In its latest “Asia insight” feature, Japanese news agency Nikkei speculates that Russia is “meddling” in Malaysia and other Asian countries with alleged “authoritarian streaks”.

It seems that the fake news epidemic that struck Western media during the US presidential elections and the Brexit vote has spread to Japan. Nikkei cites two instances when Russia allegedly “filled the void” left by the Western powers, which chose to reduce their engagement with countries plagued by “creeping authoritarianism”: Malaysia and Cambodia. It is curious that in Malaysia’s case, the Japanese journalists claim that Sputnik’s cooperation with the local media is basically proof of Russian meddling, hinting that Moscow is seeking to influence Malaysian internal and economic affairs.

All accusations are based on a twisted interpretation of a single diplomatic visit by a Russian deputy minister. According to Nikkei, “there are hints of Russian meddling in Malaysia, where the election is scheduled by August. Last month, the Russian deputy minister of telecom and mass communications, Alexey Volin, visited Kuala Lumpur to discuss cooperation between Sputnik, a Russian government-backed media company, and Malaysian player Bernama.”

It would be nice to know how exchanging articles and stories between two news agencies can amount to meddling, but the Nikkei analysts failed to provide any details on their accusations, only mentioning that the FBI is investigating Sputnik in order to determine whether “the Russian government's involvement in journalism violates U.S. laws.” By the same token, the journalists crying foul over Sputnik’s alleged meddling in Malaysia should be deeply concerned by the fact that Sputnik also cooperates with one of the biggest Japanese media corporations, Kyodo News.

Sadly, it wouldn’t be surprising if Sputnik’s partners in Japan or other countries will soon be criticized as agents of Russian influence. Facts don’t matter anymore; the era of fake news is upon us. It used to be that gaining access to new sources of information was viewed as a positive development, but some Japanese journalists seem to believe that Malaysians shouldn’t have access to Sputnik’s news coverage.

Unsurprisingly, Nikkei found another country subjected to Russian influence: Cambodia, citing the presence of Russian election observers as proof. According to the Nikkei article, “Putin seems to find kindred spirits in so-called illiberal democracies”, and that is the reason for Russia’s decision to send election observers and set up a working group to negotiate the issue of Cambodian debt, left over from the Soviet days.

It is also alleged that "that China and Russia do not foist demands for human rights and democracy on their partners, making them appealing benefactors for regional leaders intent on staying in power," while cooperation with Western countries is conditional upon maintaining a functional democracy and respect for human rights. Obviously, this is false, given the West’s extensive history of cooperation with regimes characterized by blatant disregard for basic human rights. For instance, the US openly supported the Pinochet regime in Chile after the 1973 coup, despite the fact that Chilean authorities routinely executed their political opponents. A Chilean commission investigating human rights abuses concluded that over three thousand Chileans were killed or "forcibly disappeared" under Pinochet, while the total number of recognized victims of this staunch US ally is above forty thousand. President Franklin D. Roosevelt supported the Nicaraguan leader Anastasio Somoza, who had a well-deserved reputation as a brutal dictator.

Western governments have supported numerous autocratic regimes across Africa, South America and the Middle East, and continue to support undemocratic countries to this day and therefore no American or Western apologist can claim they have a moral high ground on this issue. To say that the West cares about human rights is hypocritical. Pretending that “authoritarian streaks” are the reason why countries like Cambodia or Malaysia seek to cooperate with Russia or China is disingenuous. The logical explanation is that Russia and China offer better deals and refrain from imposing a political or ideological agenda on their partners.

© AP Photo / Andrew Harnik
US Senators Ask Gov't to Explain Lack of Foreign Agent Status for Chinese Media
The authors of the hit-piece, published by Nikkei, seem to be under the impression that economic cooperation in South-East Asia is a zero-sum gain in which a Russian or Chinese gain can only come at the expense of Japanese or American interests. It doesn’t have to be this way. Accusing Russia and its media outlets, like Sputnik, of political interference is counterproductive, and may also be interpreted as a sign of petty jealousy of Russia’s diplomatic prowess.

Searching for win-win solutions that would allow everyone to benefit from multilateral economic cooperation is a better way forward. Economic cooperation without political strings attached is a prerequisite for peaceful coexistence between countries that share a complicated history and may have different opinions on a wide range of geopolitical issues. Giving up spreading fake news would be a welcome first step in this direction.