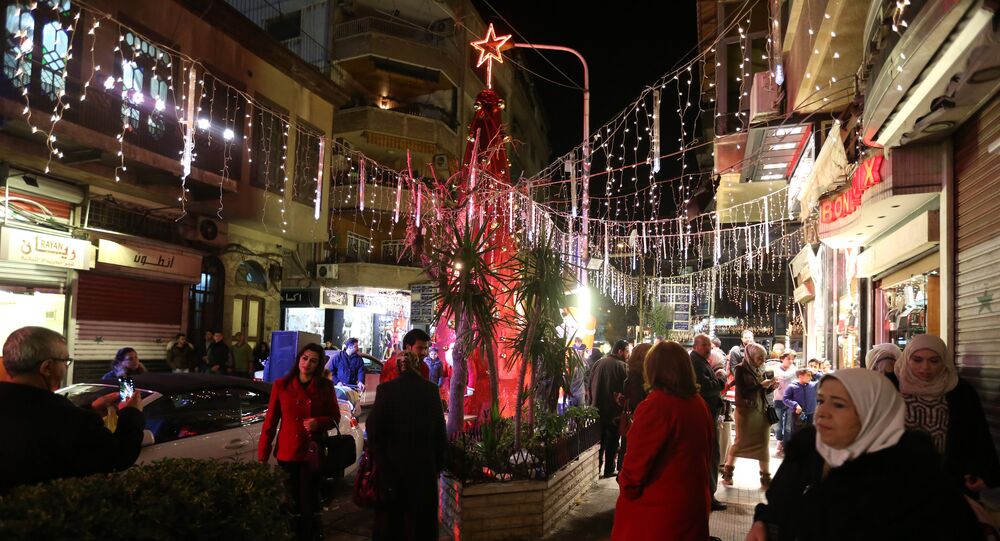 With the Daesh (ISIS/ISIL) caliphate decimated, and the Syrian Army continuing to advance against other hard-line Islamist militants - mainly in the north-western province of Idlib - investor and business confidence is on the rise, with over 500 new corporations launching in 2017.

Meanwhile, domestic investment vehicle Damascus Cham Holding announced that it had signed a 108 billion SYP (approximately $270 million) contract to build a mall and other buildings in the Al Razi area of Damascus.

In a meeting with Syrian Minister of Tourism Bishr Yazigi, Lebanon's Ambassador to Damascus said Lebanese businesses and investors have expressed interest in Syria's post-war economy, and have called for cooperation between the two nations to catalyze investment and trade.

Concurrently, the Syrian government is stepping up reconstruction in the strategic province of Aleppo, with President Bashar Assad sending a delegation — headed by Prime Minister Imad Khamis — to the area to discuss initiatives and programs with industrialists and local investors.

© AP Photo / Ebrahim Noroozi
Iran Protests Being Exaggerated to Incite Chaos & Weaken Iran
Aleppo served as the country's pre-war economic and manufacturing hub, and authorities are seemingly keen to rebuild the area — especially the Sheikh Najjar industrial district — to increase the flow of domestically produced goods to reduce the country's reliance on imports.

Although nationwide reconstruction is unlikely to occur without significant foreign financial aid, the aforementioned developments are encouraging, as they provide jobs, counter inflation, and restore imperative infrastructure.