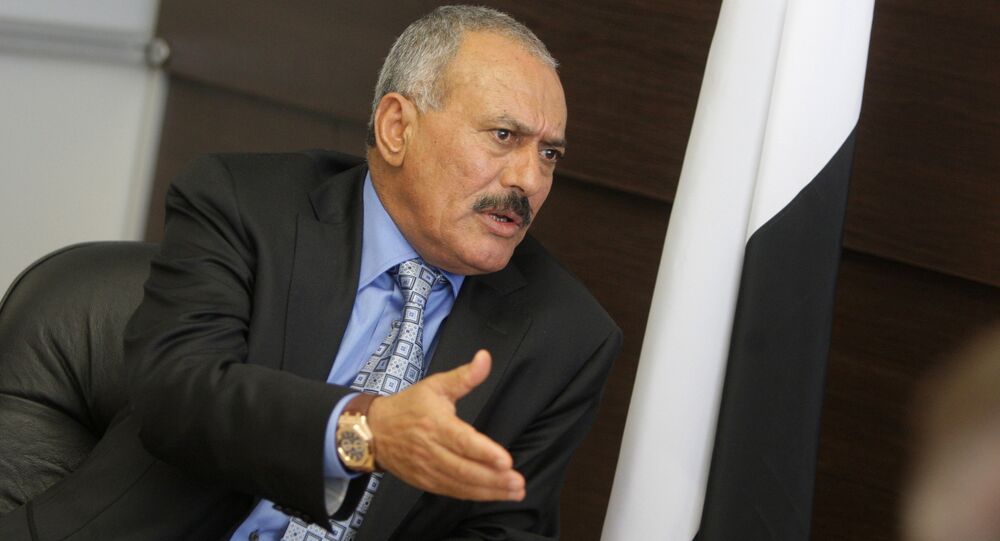 The likely slaying of former Yemeni President Ali Abdullah Saleh at the hands of his former Houthi allies following his call for peace with the Saudi-led coalition has prompted a flurry of discussion about whether he will go down in history as a traitor or a patriot.

The former long-serving Yemeni president and leader of the pre-unification Yemen Arab Republic (“North Yemen”) was killed today following clashes with his former Houthi allies. It appears as though his death was in some way or another attributable to the recent infighting that’s beset the Yemeni rebel alliance of Saleh’s General People’s Congress and the Houthis’ Ansar Allah, sparked as it was by the now-deceased leader calling for peace with the Houthis’ hated Saudi enemies.

In what has since become one of the most controversial moves to ever occur since the Saudis first launched their “War on Yemen” campaign nearly three years ago, Saleh announced the following late last week, condemning the Houthis for carrying out a “coup” against the rebel movement:

“I call on our brothers in neighbouring countries… to stop their aggression and lift the blockade … and we will turn the page. … We vow to our brothers and neighbours that, after a ceasefire is in place and the blockade is lifted … we will hold dialogue directly through the legitimate authority represented by our parliament.”

Al Jazeera later reported that this move was agreed to earlier this year in Abu Dhabi after Saudi Crown Prince Mohammed Bin Salman fell under Emirati influence in believing that this was the best way to “carve the coalition an exit from the conflict,” or in other words, create “face-saving” conditions for the Saudis to enter into a political compromise for pulling out of their disastrous war and potentially leaving a “federalized” (internally partitioned) state in their wake.

READ MORE: What Were the Last Words of Yemen's Murdered Ex-President Saleh?

One speculative scenario could have seen coalition forces remain in the occupied territory of the former People’s Democratic Republic of Yemen (“South Yemen”), which almost perfectly corresponds to the entity’s pre-unification borders with “North Yemen,” in exchange for the Houthis entering into a power-sharing agreement with Saleh in the country’s northern region, with neither the coalition nor the Houthis being allowed to enter into the other’s respective “federalized” statelet. Saleh might have been appointed the official leader of “North Yemen” while his deposed successor Abdrabbuh Mansur Hadi could have ruled over “South Yemen,” with a compromise figurehead nominally leading the “united” entity on the international stage.

In any case, that’s not going to happen now because of Saleh’s slaying at the hands of his Houthi allies, who perceived his secret negotiations with the coalition and recent open statement of support for them as “brothers” to be an unforgiveable betrayal of the rebel cause, no matter that he made what could have logically amounted to “face-saving” demands for them to downscale their horrible war on the country. Regardless of which side one supports in this multifaceted war – which is both a civil conflict and an international one at the same time – it’s inarguable that it’s led to tremendous humanitarian suffering and stands to inflict much more on the civilian population if it’s not stopped as soon as possible.

The war had degenerated into a stalemate over the past year or two as the coalition could only succeed in taking over most of the territory of former “South Yemen,” while being unable to penetrate the mountains of “North Yemen” that have remained securely under the control of the Houthi-Saleh alliance. The coalition likely calculated that “flipping” Saleh would result in some degree of infighting among the rebels, but they figured that their airstrikes could turn the tide “behind enemy lines” by helping the former president drive his former allies out of the capital of Sanaa and thus give him the “legitimacy” to enter into peace talks with the coalition on “North Yemen’s” behalf.

What they didn’t expect, however, was that the Houthis would fight back so fiercely and end up killing “their man.”

The very fact that Saleh is now regarded as the coalition’s secret partner in trying to change the stalemated outcome of the conflict and give everyone a “face-saving” pretext for peace has proven to be the most polarizing topic in “North Yemen,” with the Houthis accusing him of being a traitor while his supporters are lauding him as a patriot. The reality is much more nuanced, as he was more of a pragmatic opportunist than anything, just like most of the individuals who had previously been in power for decades.

It was indeed a betrayal of Saleh’s Houthi allies for him to unexpectedly make what must have sounded to them to be a very provocative declaration late last week when he called the coalition “brothers,” though it appears to have been for patriotic reasons in bringing a rapid end to the war. On the other hand, the coalition is sure to try and slam the Houthis as traitors for killing Saleh after his conditional peacemaking offer, even though the group sees themselves as the patriotic torchbearers of the Yemeni Revolution.

Both Saleh and the Houthis thought they were doing the “right thing,” but the tragedy is that the former didn’t notify the latter about his plans in advance, thereby allowing the fog of war to cause an instantaneous and violent rupture in the rebel alliance (as per the coalition’s expectations), one which didn’t go as planned because Saleh didn’t succeed in driving the Houthis out of Sanaa despite receiving Saudi air support, and the Houthis ended up killing him for betraying their cause. Saleh assumed that the Houthis would welcome a cessation of hostilities and resumption of peace talks so long as the coalition lifted its blockade and bombing of “North Yemen,” while the Houthis assumed that Saleh was selling them out in order to pave the way for the Saudis’ recently inaugurated 40-nation military alliance to occupy the rest of the country.

Sadly, both sides were somewhat wrong about the other. The Houthis do indeed want peace, but they have thus far made it clear that they will not accept anything short of the coalition’s full withdrawal from the country in spite of the group’s inability to push the international forces out of “South Yemen,” meaning that they probably wouldn’t have agreed to the speculated “federalization” compromise mentioned at the beginning of this analysis even if it was preceded by an end to the blockade and bombing.

As for Saleh, his forces were openly coordinating airstrikes with the Saudis and had obviously reached some kind of agreement with them prior to his controversial statement last week, but it’s unlikely that either of them wanted the coalition to occupy “North Yemen,” as the former still wanted to brandish his nationalist-patriotic credentials in remaining in power there afterwards while the latter probably wasn’t willing to accept the financial and physical costs of doing so in such hostile and mountainous terrain.

© Photo : Youtube / Sputnik Arabic
Unverified Graphic Footage Allegedly Shows Corpse of Yemen's Ex-President Saleh
The vicious intra-rebel clashes in the capital between the General People’s Congress and the Ansar Allah might inadvertently lead to a “civil war within a civil war,” in that the overall Yemeni Civil War that started with the Houthis’ national liberation offensive in “North Yemen” might descend into a regional conflict between these two formerly allied militias, on top of the international dimensions of the war with the Saudi-led coalition.

The most predictable outcome under these circumstances is that Riyadh will try to find a way to blame Iran for the latest escalation of violence in Yemen, including the killing of former President Saleh, by arguing that the Houthis did this at Tehran’s behest, which might open the door for the US to push through more international sanctions against the Islamic Republic.

To conclude with Saleh’s legacy, he probably won’t be seen as a traitor or a patriot, but as a pragmatic opportunist whose final power play dramatically failed and unwittingly threw his country into yet another circle of hell.