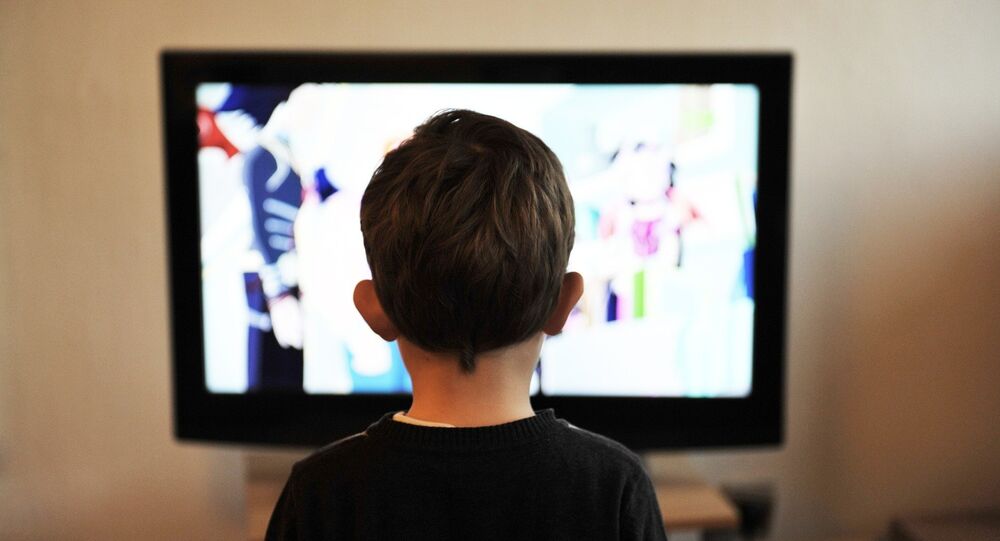 We've been hearing a lot about the centenary of the Russian Revolution, but one aspect of communism - and its impact on Britain - we're not reading about.

Namely, the wonderful children's programs from eastern Europe that were shown on British television in the pre-neoliberal era.

It is said that the BBC bought these "Red Classics," because they were relatively cheap, but as the former Head of Children's Programmes, Edward Barnes, admitted in 2002, there was also "a desire to see that children got as wide a cultural diet as possible. It gave them a taste of other cultures and other worlds." How very admirable.

Watching these programs was certainly a highlight of my childhood. They probably inspired me to travel behind the so-called "Iron Curtain" and later live and work in central/eastern Europe. They broadened my horizons — and I'm sure the horizons of millions of other children.

At the top of the list was the quite magical The Singing Ringing Tree (Das Singende, Klingende Baumchen), from East Germany, which has now deservedly acquired cult status. Described as "a surreal fairy-tale featuring the world's first communist Princess, a bizarre fish and the most sinister dwarf in the history of dwarf kind," it also featured a prince who gets turned into a bear. This 1957 film (which was shown in serialized form in the UK), was a staple on BBC children's teatime television schedules in the sixties and seventies.

Critic Marina Warner wrote of it:

"Harry Potter and The Lord of the Rings film have brought the idea of fantasy with a strong moral message back into the mainstream… And somehow the East German state pedagogy, for all its risible earnestness, managed to do this in a way which is more idyllic, more heart-warming than these blockbuster films with all their merchandising."

Filmed in glorious color, The Singing Ringing Tree has been called "the epitome of fairytale delight" and also "the scariest children's TV programme ever." That malevolent dwarf really does give you the shivers. My wife bought me a DVD copy for Christmas a couple of years ago and it proved a big hit for all the family — including octogenarian members.

Sixty years on from its production, its charm — and what Warner rightly calls its "strong moral message" still endures — even though the country which made it no longer exists.

The Tales from Europe series — under whose banner The Singing Ringing Tree was shown, also featured programs from the Soviet Union. Writing in the Daily Telegraph in 2002, Mark Hudson references Maximka, described as "a stirring tale of a boy sailor made at the legendary Mosfilm studios with no expense spared" while he nominated another Soviet production The City of Craftsmen, "a visually extraordinary medieval fable, full of sinister physiognomies and fantastic headgear," as his personal favorite.

I don't remember them (they were shown in 1967 when I was only one), but I do remember White Horses, from Yugoslavia, with its lovely Come White Horses title song. How many children acquired their interest in equestrianism from watching this uplifting program which was a mainstay of morning television in Britain the summer holidays in the late Sixties and Seventies? I know that I did. A co-production with West Germany, it told of the adventures of a very attractive teenage girl called Julia (who every boy in Britain at the time had a crush on) — who left Belgrade to work on her uncle's stud farm, where beautiful Lipizzaners were trained.

In 2003, its theme tune was named the greatest in television history.

Sadly — and rather criminally — the BBC later wiped the dubbed-English language episodes from its library. It was thought that the series in English would be lost for ever, but fortunately reel-to-reel audio tapes were found for 12 episodes, which are now available on DVD.

Another classic was The Mole (Krtek), a very sweet cartoon series from Czechoslovakia, which was usually shown just before the evening news.

Czechoslovakian animations were on quite a lot in those days. There were also the absolutely thrilling dubbed Jules Verne adventures — such as The Secret of Steel City (Tajemství Oceloveho mesta) — which I would rush home from school to watch (usually on at about 5.10pm).

This gripping tale told of two neighboring cities — one Fortuna, which only wants to live in peace, but the other, Steel City — is imperialistic and is secretly developing a "freeze gun" with which it hopes to subjugate its neighbour. It was a Cold War allegory — and now — after the US-led wars/interventions against Iraq, Afghanistan, Yugoslavia, Libya and Syria we can see quite clearly who was who.

Children's films from behind the "Iron Curtain" were popular too. Matt the Gooseboy, from Hungary, was shown on BBC2 on New Year's Eve 1978. Imagine BBC putting on a Hungarian children's film on New Year's Eve nowadays. Incidentally, the Christmas matinee on December 25 on BBC2 that year was Dersu Uzala — a joint Soviet-Japanese production starring Maksim Munzuk and Yuri Solomin-proving the point that neoliberal globalization hasn't increased cultural diversity, but reduced it. Dumbed-down Hollywood "celebrity" culture dominates to the expense of everything else. We're all the poorer for it.

The "Red Classics" — (and indeed programs from western Europe too from the same era — like the fabulous Adventures of Robinson Crusoe from France) were far more captivating and possessed a much stronger moral message than the glitzier, but spiritually emptier offerings from the big western studios today. Harry Potter — and in fact anything by J.K. Rowling, leaves me cold — as does so most modern children's TV — but The Singing Ringing Tree, which shows us how loving kindness can overcome the most regressive forces, still engages my emotions. That's because it — and other offerings from that time — had a maturity and honesty that many of today's programmes lack.

You could say that childhood itself has been destroyed in the US and UK by a rapacious capitalist system that sees children as merely young consumers to extract profit from. The 2009 report of The Good Childhood Inquiry found that "excessive individualism" in Britain was blighting children's lives.

While Dr. Gabor Mate has said that post-industrial capitalism has destroyed "the normal basis for childhood development."

Do we really wonder why there has been such an increase in mental illness in our society since the Seventies? If our dog-eat-dog neo-liberal societies are so fantastically "successful," then why are so many people on anti-depressants and other drugs? Or is maximizing corporate profits the only thing that matters these days?

Revisiting these "Red Classics" provides a timely reminder that there was a time when Britain was open to cultural influences from countries which followed a very different political system. Sadly, this open-mindedness is not on display in Establishment circles today.

In 2017, obnoxious NeoCon Truth Enforcers are engaged in an obsessive campaign to stop us from watching or listening to channels that don't regurgitate the official "Steel City" War Party line, such as RT and Sputnik. Their equivalents back in the 60s and 70s were no doubt angry that so many children's programs from "unapproved countries" were being shown on British television. The difference now is that the censorious voices have far more of a media presence than they did 50 years ago.

So to defy them, (in addition to tuning in to Sputnik and RT) — ditch Harry Potter — and other inferior modern western offerings, and check out the programs I mention above. I hope your imagination will be as fired as mine was all those years ago.

From Iron Curtain to Sinews of Peace: Churchill Legacy