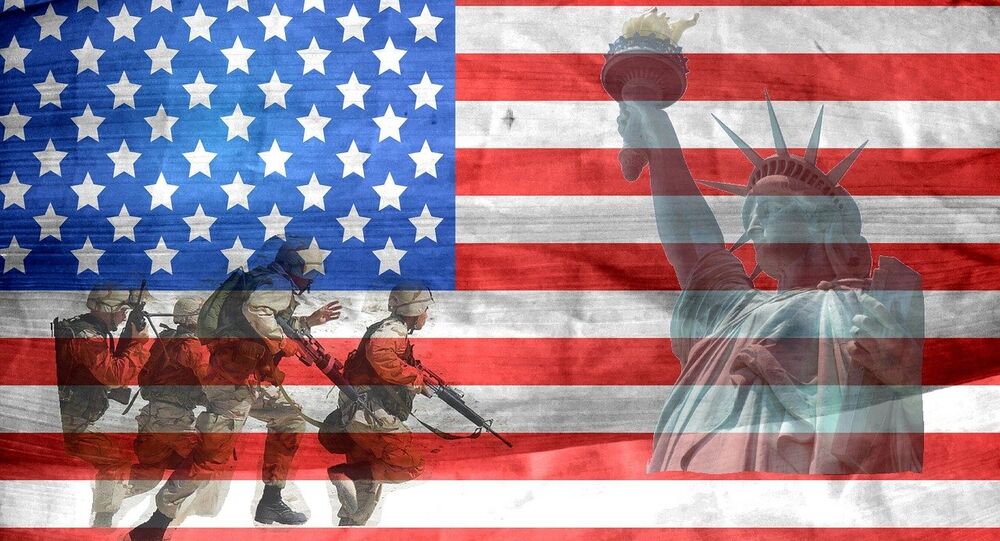 The ugly row over whether President Trump disrespected the young widow of a fallen American soldier has overshadowed a bigger issue. That is, the increasing number of US military operations across the African continent.

© REUTERS / Jim Bourg
'Disgusting and Pathetic': Internet Thrashes Hillary Clinton for Comparing Alleged Russian Meddling to 9/11
In all the media controversy over what Trump said or didn't say, questions about what US troops are doing in Niger are unfortunately overlooked. Not just Niger, but in dozens of other African nations.

© AFP 2021 / Jacques Demarthon
State-of-Art Fortress: Chinese Army Prepared for All Eventualities in Africa
The official explanation is that American soldiers, Navy and air power, as well as CIA clandestine operations, are there to counter terror groups, who could plan and mount strikes on Europe and North America.

© AFP 2021 / Frederic J. BROWN
Battle for Ecology: How China, India Can Wrestle Down US Nixing Paris Deal
Earlier this year, China opened its first ever overseas military base, in the East African country of Djibouti. That's still small news compared with the reported 46 military bases that the US has across the continent.

© CC BY 2.0 / Roman Boed / The US Treasury Department
China’s Increased Holding of US Treasuries is Purely Market Behavior: Expert
Trump speaks for American capitalism. Knowing the rich resources possessed in Africa's earth and its people, Trump salivates over the prospect of making big bucks. But the Americans aren't prepared to spend the investment money needed to harness the rewards.

© AP Photo / Horst Faas
US Role in 1960s Indonesia Anti-Communist Massacre that Killed Hundreds of Thousands Revealed
Like the Europeans in a previous century, the Americans are in a "scramble for Africa". This time the scramble is all about cornering countries and resources from China's legitimate expanding bilateral interests with African nations.