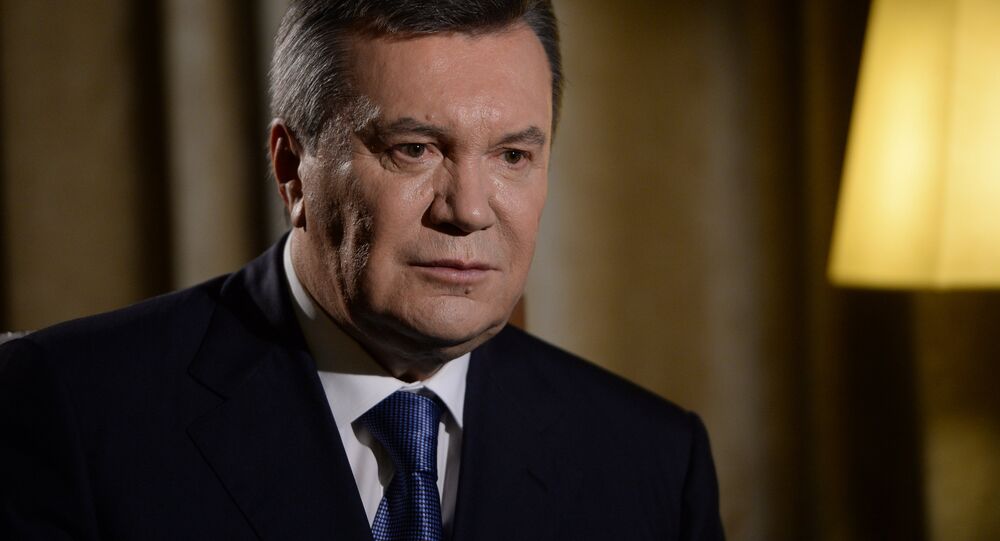 A British writer and journalist Edward Lucas, one of the pioneers of the theory presenting Russia as an existential threat to the US and the European Union, several years ago coined the term of “whataboutism.”

The term is supposed to denote the inclination of Russian media to question the moral ground of Western accusations against Russia by pointing to the West's own failures: "What about the war in Iraq," "what about tapping the phones of citizens in the US," etc.

Edward Lucas, however, forgot to mention the way in which the mainstream Western media answers "whataboutist" questions. The usual answer is "Let's move on!"

Hundreds of thousands died in Iraq with the so-called Islamic State (Daesh in Arabic) and other terrorists still occupying a large chunk of the country 15 years after the US-led invasion? Let's move on!

The Western powers, led by France, helped to destroy the state in Libya in 2011, promising democracy and prosperity to the country, which is still in raptures of a civil war six years after the Western-applauded "Arab spring"? Let's move on!

Reality Does Not Move On

There are cases, however, when reality just does not want to move on. One such case is the crude nationalist nature of the new regime of Petro Poroshenko in Ukraine, which came to power in 2014 as a result of a violent protest openly supported by both the US and the EU. This Kiev-based regime does not move on changing its nature, with thousands of Russian books and films, as well as hundreds of Russian artists (including those of Ukrainian descent) still banned in Ukraine.

This regime reminds everyone of its existence every day, and not only by the continued military confrontation between the west and the east of the country, which somehow had never turned violent before 2014 under the ousted former president Viktor Yanukovych.

© Sputnik / Sergey Pivovarov
Ukrainian Prosecution to Seek Life Imprisonment for Ex-President Yanukovych
Now Poroshenko's regime is holding a trial in absentia of Mr. Yanukovych, who had to flee for his life to Russia. Yanukovych leads his defense from Russia, using lawyers, since he was not allowed by the court to defend himself in the framework of a televised conference. Yanukovych has no other place for asylum, since he is still presented in the Western media as the main culprit of the violence that accompanied "peaceful" protests leading to his ouster in February 2014.

The violence left dead 106 people (with 23 policemen among them), which makes "spontaneous peaceful protests" look more like a concerted Western-supported violent revolution that started in November 2013, after Yanukovych's refusal to sign the association agreement with the EU.

A Lost Secret Which Millions Knew

At the trial held in Kiev, Yanukovych is accused of high treason, with the prosecutor claiming that Yanukovych "invited" Russian military to Ukraine.

The defense stresses the fact that the war started after the so called "peaceful protesters" took by storm the presidential residence on Bankovaya street in Kiev, as well as the buildings of the government and the parliament (Rada), which immediately started making very different statements from the ones it made under Mr. Yanukovych.

© Sputnik / Sergey Pivovarov
Confusing U(kraine)-Turn: Yanukovych Ousting Was Illegitimate - Poroshenko
Defending himself, Yanukovych referred to the "Agreement on the Settling of the Political Crisis in Ukraine," guaranteed by the German, French and Polish foreign ministers on February 21, 2014.

However, when Yanukovych's lawyers addressed the administration of the new president Petro Poroshenko asking to produce all documents related to the Agreement, it transpired that the original of the Agreement… could not be found by Poroshenko's men!

In an official response to Yanukovych's lawyers, whose copy was published by them via RIA Novosti news agency, Poroshenko's administration stated that it had in its archives the documents pertaining to the fact that Yanukovych's residence was visited on February 20-21 by the German, French and Polish foreign ministers. But "the other information that you required is absent."

A Scandal That Just Isn't There

The problem is that this response from Poroshenko's administration is a scandal! The Agreement of February 21, 2014, was widely published and lauded by the world's media, since its fulfillment provided hope for a peaceful resolution of the crisis.

© REUTERS / Valentyn Ogirenko
Ukraine Left Worse Off After Overthrowing Yanukovych With Western Backing - US Congressman
According to this agreement, Yanukovych agreed to pre-term presidential election which would be held "not later than in December 2014" and made other concessions, while the "peaceful" opposition promised not to burn more government buildings and stop other violent actions.

The Agreement was signed on the opposition's side by the future prime minister Arseny Yatsenyuk and the future mayor of Kiev Vitaly Klitschko, so "losing" it is simply a crime, a mockery of justice.

It is clear, why the Western governments and the media hate to be reminded of the Agreement: the foreign ministers of Germany, France and Poland did nothing to "guarantee" the Agreement, even though they were specifically bound by the text to do so. Hours after the Agreement was signed, the "peaceful protesters" of Maidan, led by the neo-Nazis from the so called Right Sector group, took by storm and burnt to the ground the Kiev headquarters of Yanukovych's Party of Regions, killing several civilians in the process.

Next the Maidan activists occupied the government quarter, with the Right Sector's commander, Dmitry Yarosh, saying he and his men were not bound by the Agreement. The Western governments happily forgot the Agreement, saying it was put aside by the push of people towards freedom. The "let-us-move-on" attitude prevailed.

After the "loss" of such a document, Yanukovych, quite expectedly, said he did not want to take part in the trial with a predetermined outcome. The Western media immediately interpreted it as an acknowledgement of guilt by the former president.

Impunity as the Root of New Conflicts

And here we come to one of the main dangers of the "let-us-move-on" attitude, namely to the total impunity for the culprits.

Yarosh later took part in the elections in "free post-Maidan" Ukraine as the leader of his party The Right Sector, he was even appointed an adviser to the minister of defense in the new government, which used the Right Sector as the backbone for "volunteer battalions" quelling the "pro-Russian separatists" in Eastern Ukraine.

© REUTERS / Valentyn Ogirenko
Ukraine’s Right Sector as Dangerous as ISIL – Polish Politician
Together with other participants of the violent actions against police and pro-Yanukovych civilians, Yarosh was amnestied during the first week of the existence of the new nationalist regime in Ukraine.

The then German foreign minister Frank-Walter Steinmeier, the main guarantor the Agreement, later became the President of the Federal Republic of Germany. Steinmeier's presidential office recently turned down a request from Yanukovych's lawyers for Mr. Steinmeier to attend the trial in Kiev. The French foreign minister Laurent Fabius and his Polish colleague Radoslaw Sikorski, the two other "guarantors," later quit their positions as part of normal government rotations and never mentioned the Agreement in their speeches. They routinely blame Russia for the civil war in Ukraine, which followed he violent "regime change" in Kiev.

A similar let-us-move-on-ist attitude was adopted by the Western press to many other wars, including the Russo-Georgian conflict of 2008.

The independent Fact-finding Mission headed by a Swiss diplomat Heidi Tagliavini found out that it was on the orders from the then Georgian president, Mikheil Saakashvili, that the Georgian artillery started bombarding the capital of South Ossetia, Tskhinvali, thus triggering a conflict.

Despite this conclusion, the Western media continues to write about the "Russian aggression" against Georgia in 2008.

However, the let-us-move-on-ist attitude sometimes falters, mostly due to time distance, which simply loosens the grip of the Western media and leaders on the past and its interpretation. For example, on the day of the 25th anniversary of Georgia's aggression against Abkhazia in August 1992, the current prime minister of Georgia Georgy Kvirikashvili called the introduction of Georgian troops to the Abkhazian territory a quarter of a century ago "a big mistake" of the then Georgian authorities.

But the Western media for many years talked about "Russian occupation" of a part of the Georgian territory, and some of them continue to use the same language, becoming even greater Georgian nationalists than the current Georgian leadership.

No wonder Russia does not give much credence to the promises of the current Western leaders. With the current anti-Russian military exercises in the Baltic countries, Poland and Romania, one can barely remember the assurances of chancellor Angela Merkel that "NATO is not directed against Russia" or even "views Russia as a partner.".

And, of course, one can only smile sadly remembering the statements made on the day of the signing of The Founding Act on NATO-Russia relations in 1997. The Western leaders, gathered in a big palace in Paris, then kept repeating that NATO has no intention of moving its military infrastructure closer to Russia's borders.