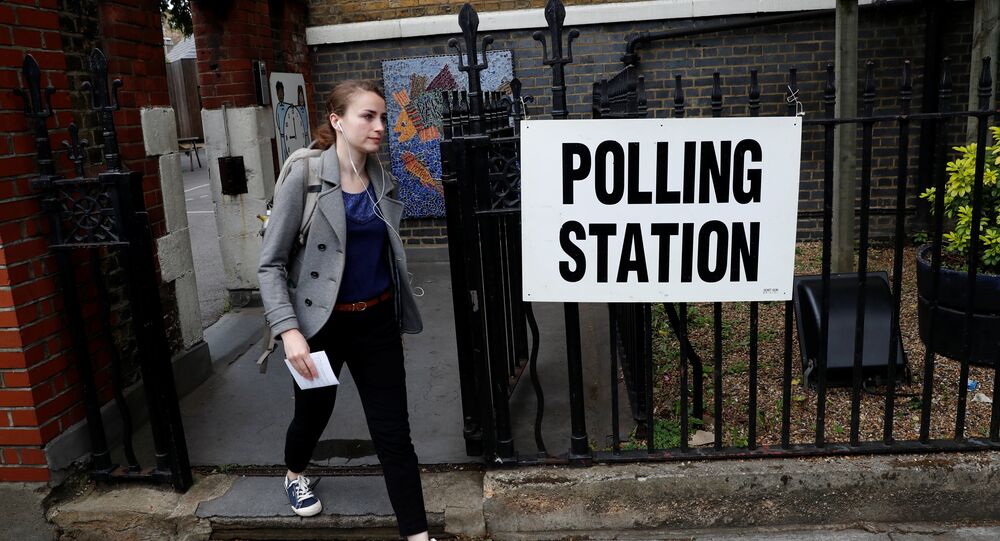 The UK general election result of 2017, which sensationally saw Theresa May's Conservative Party lose their parliamentary majority, and Labour receive its highest share of the vote for 20 years - once again left smug, know-it-all Establishment pundits with egg on their faces.

Eaton, March 2017: '"Jeremy knows he can't do the job." What now for Labour and Britain's opposition?' https://t.co/bUuphrGW9T https://t.co/2Do3FHktDZ

40% of the Britons who voted ended up endorsing a party led by a man unelected Gatekeepers repeatedly told us repeatedly was an "extremist" and "unelectable."

Chris, I want a strong, electable Labour party, which is why I despair that Corbyn is leader. He is killing their chances.

Jeremy Corbyn was leading Labour off a cliff, the "experts" said. One "respected" commentator even said that the party under Corbyn could dip below 20% in the popular vote. The anti-Corbyn editor of the supposedly "left-of-center" New Statesman warned that Labour could lose 100 seats. The magazine's political editor informed us in March that "Jeremy knows he can‘t do the job."

#NewStatesman #JasonCowley quotes Labour losing 100 seats. If that happens, #May will have 212 majority and he will be editor of the year.

In early April, the NS produced a cover which informed us "The Labour Party has collapsed."

"Wanted — An Opposition," the splash declared — with a picture of a pointing Lord Kitchener to press home the point.

Another anti-Corbyn commentator predicted "a political Armageddon." While pro-Iraq war columnist Nick Cohen warned that Corbyn was going to bury the Labour Party. "Will there be 150, 125, 100 Labour MPs by the end of the flaying? My advice is to think of a number then halve it," the great Observer sage wrote.

'Unelectable' Corbyn's 41% share of vote easily beats votes for Brown, Miliband, Kinnock, Callaghan — and even one of Blair's wins.

If Labour's pre-election surge in the polls had elite pundits in a flap, it was nothing compared to the stunned disbelief when the Exit Poll was announced last night.

.Because you only follow/praise other members of the Elite Punditocracy/Commentariat & all of u reinforce each other's anti JC prejudices.

Beforehand, members of the "Establishment Journos Club" had been merrily tweeting each other with predictions of how big the Tory majority would be. It was beyond the comprehension of these absurd out-of-touch, mutual- prejudice re-enforcing stenographers that voters would defy the instructions of their "superiors" and vote in large numbers for a "hard-left, friend of terrorists/IRA supporting, anti-Semitism condoning, crimes-of-Milosevic-denying, NATO and Trident opposing, sandal-wearing Kumbaya-singing, enemy of Britain" (take your pick from the smears), like Jeremy Corbyn. But they did.

The "Labour surge" which some pundits said didn't exist anyway, may not have been enough to make Labour the largest party, but it was enough to prevent a Tory majority. And that in itself is a quite remarkable achievement given how far Labour was behind in the polls when the election was called, and the overwhelmingly hostile media treatment of Jeremy Corbyn, including from allegedly "left-of-center" publications like the New Statesman.

The significance of what happened on Thursday, June 8, in Britain really cannot be overstated.

From @LordAshcroft: My new venture, the Ashcroft Model, shows a present likelihood of a Tory majority of up to 180 https://t.co/51gQVBZlKc

Theresa May called an early election — three years ahead of schedule — because she thought her party would annihilate the "useless" Bearded One and then — with a whopping big majority get through whatever policies they wanted. All she had to do was to robotically repeat the mantra "strong and stable government" and rely on faux-left media gatekeepers to smear Corbyn, McDonnell and co as "terrorists" and "extremists," and a Tory landslide was guaranteed. But at 10pm on Thursday night, May and much of the British Establishment got the shock of their lives. What went wrong?

In context of last two years of saturation anti-Corbyn propaganda from opp AND his own side, this result is utterly, utterly sensational

The Labour manifesto was labeled "the most expensive suicide note in history" by too clever-by-half pundits, but in fact, it was the Conservative manifesto which was suicidal.

It included genuinely extremist policies, like the "triple-whammy" for pensioners which saw it lose votes up and down the country, as I correctly predicted. The Conservative's assault on pensioners benefits saw them lose Eastbourne, the town whose residents have oldest average age in Britain. Straight-talking Tory MP Nigel Evans likened the inclusion of such unpopular measures as sailing an ocean liner straight into an iceberg.

A pledge to hold a free vote on bringing back fox hunting was another own goal as it galvanized the animal welfare lobby, already incensed by the government's support for culling badgers and its binning of their pledge to ban ivory trading.

Added to the kamikaze manifesto, the Conservatives, and the political/media Establishment in general, totally underestimated Jeremy Corbyn and the cross-generational appeal of his populist left-wing policies at a time when millions of Britain have been reeling from the effects and falling real wages. It's easy to scoff at plans to renationalize the railways as "going back to the 70s" if you're a well-paid insider, but if you're a commuter having to fork out a fortune for your season ticket and then being herded every day on to an overcrowded cattle-truck, it's a vote winner.

© AP Photo / Hannah Mckay
Say Hello to My Little Friends: UK to Have Weak Government 'Whatever Happens'
It's easy too to scoff at plans to scrap tuition fees if you benefited from a free university education yourself and were not saddled with a large debt when you got your degree. From protecting pensioner benefits to making the rich and the big corporations pay more tax to help save the cash-strapped NHS, opinion polls showed that Labour's policies were popular and people were enthused by the fact that, for the first time in many years there was a genuine choice available to them in the election.

Those inside the Bastille just didn't pick up on how the public mood outside the gates had changed. They were too busy following and praising each other on Twitter and reinforcing each other's anti-Corbyn prejudices to notice that people in 2017 wanted something more than reheated Blairism. They laughed at the huge crowds turning out to watch Corbyn speak up and down and the country and said it proved nothing.

On Thursday, in a splendid show of defiance, the public stuck two fingers up at the well-heeled "experts" and "political pundits," and voted for a party led by a man we were told was unfit to even be an MP.

Make no mistake, GE17 shows us that the power of the gatekeepers is on the wane, if not finished altogether. No longer do people accept that certain individuals with an exaggerated sense of self-importance have the right to tell them what policies and politicians are "off limits" — and which views are "acceptable" and which are not.

Public ownership, a change in UK's neocon foreign policy- and a break with neoliberalism were put before the voters — and they responded positively.

Thursday June 8, 2017 was not just a vindication of the politics of Jeremy Corbyn. It was also a great day for British democracy.

UK General Election 2017: Ten Key Battlegrounds to Watch Out For